kittyandcheese (53)in #royalwedding • 2 years ago (edited) 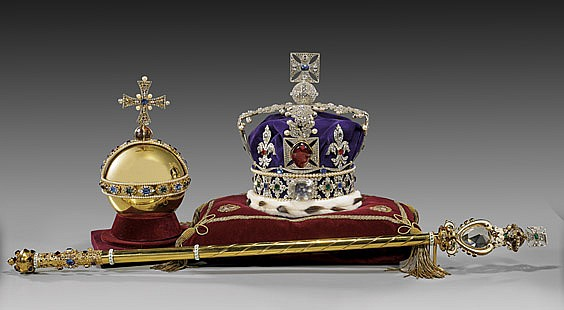 First and foremost, I have to begin with the u's. Like colour, favour, neighbour, labour, and mould. I like our u's.

But the r's - the r's are annoying. I have to spell centre the American way - center - to be able to centre my image. Admittedly, I do think that scepter makes more sense than sceptre. The American r's are the way to go, in my humble opinion.

I am learning for the first time about the l's. Did you know about the l's? Cancelled versus canceled? It explains so much.

And beyond that, there is the structure of our government.

No. Wait. There is something before that.

Before government is the amazing amount of - I don't know quite what to call it - data? media? - that I consume that revolves around stories about the British monarchy. I've watched every episode of The Tudors. Claire Foy is my hero for The Crown. Shakespeare alone. And keep in mind that I am not a royalist, I swear!

But the hats are cool, you have to admit. Wait, they're not hats. They are fascinators. Of course they are.

And then there really is the structure of our government.

In preparation for writing this post, I consulted Wikipedia about the role of the monarchy in Canada and, I have to tell you, the information I found bears little resemblance to what I was taught in school, which could probably be summarized as this:

Canada was settled by the British and the French, but they had a war that also involved Native Canadians, and the British won but then, after Louis Riel did something out west, Pierre Elliot (and why we say his middle name, I do not know) Trudeau pirouetted in front of the Queen and Canada was free. And now his son is Prime Minister because he is awesome at yoga.

And the Trudeaus and the Mulroneys are having a show down to be the true Canadian Royal Family.

According to the Wikipedia entry on the Government of Canada,Royal Assent is required to enact laws. Did we all know this? I thought that was what the pirouette did away with.

I did wake up early to watch Diana and Charles get married, but I have to admit that I didn't really see what all the fuss was about. Her dress was lovely and I was exactly the age to appreciate a story about a girl who became a princess, got a very big dress, a prince, and a horse drawn carriage. But reality is so much paler than fiction, in stories like these. In reality, horses take dumps at inopportune moments. Enormous dresses can look a little over the top, maybe. And princes and princesses get divorced.

Should we emotionally invest in the new royal marriages, when the previous ones ended as they did?

But that's not really why we're watching, is it?

Why are you watching?

“Because it’s there”
GEORGE MALLORY 1923