The truth behind Ripple, and why I sold it all

Ripple (XRP) has been famous for the last few weeks for jumping out of relative obscurity to the #2 spot on the cryptocurrency charts, and even outpacing Ethereum.

As an investor doing research primarily based on charts and trend analysis, I didn't do a heavy amount of research in the coin, and I invested a small amount a few weeks back. I ended up making over 250% in profit, before doing a bit more research, and selling it all.

What is Ripple, and why did my research findings prompt me to drop the coin? Let's find out. To put it simply, Ripple is a protocol that helps banks better manage their profits and business. Unlike Bitcoin, whose whole purpose was to defeat the necessity of banks, Ripple helps banks grow and gain more control over finance.

Now, any investor at this point would think, "Wow, so all these banks are going to use XRP for transactions? Let's buy it up, we're going to be rich!". Not at all.

Ripple Labs, the for-profit company behind Ripple, created RippleNet, a collection of financial tools to help banks operate better. When a bank is said to be using "Ripple", they're using Ripple Labs' for-profit RippleNet tools, and not the XRP coin.

This is the first extremely important thing to realize:

Ripple is not XRP.

When banks are "using Ripple", they're using Ripple Labs' RippleNet products, which barely use XRP in the first place. I encourage you to watch this video on a more in-depth explanation of why the XRP token is not the Ripple ecosystem.

There is only one component of the RippleNet ecosystem that involves XRP: the xRapid product, which uses XRP as a backend ledger system to bridge between currencies.

However, XRP doesn't do anything special here. Any cryptocurrency or token could be used for this; in fact, the only thing XRP has going for it in this case is the brand name.

We'll expand on these points in the next section, where we talk about the centralization crisis.

In 2008, Satoshi Nakamoto invented the world's first cryptocurrency— Bitcoin, on the principle that we can free ourselves from the regulation and control of banks and middlemen, and move money in a much more decentralized fashion.

Hold up— what does decentralized even mean? It's the opposite of the word "centralized", but what does that mean in the first place?

Using regular money via the normal banking system requires going through different layers of regulation, from the bank itself, to perhaps a clearing house, maybe other middlemen, and even after passing through those layers your money may get frozen in place by the central government.

This is a "centralized" system. One, or a few entities have overwhelming control of the entire system, and you do not have control over your money.

Decentralized is just the opposite. Rather than a few entities having control over the system, many users help support the weight of the network. No single user can make a change without approval of other users, and the entire system works coherently and harmoniously.

With Bitcoin (a decentralized system) and many other cryptocurrencies, you do have control over your money. Do you have to get approval from a bank to send Bitcoin? Can the government freeze your money? No.

But what does this have to do with Ripple?

I'll say it again: Ripple is centralized. Where's the proof?

In late 2014, Ripple Labs pushed out the Ripple Freeze feature to its network of gateways. Any gateway could then issue a 'global freeze', freezing all of the assets of their consumers, or issue an individual freeze, stopping the movement of coins from one user. This has huge implications. With Bitcoin and decentralized cryptocurrencies, nobody can stop you from sending your money across the seas. However, with Ripple, a gateway can (for any reason at all) freeze your tokens.

Ripple Labs used the freeze feature at first to stop the movement of their co-founder Jed McCaleb's coins. McCaleb had agreed not to sell more than $10k worth of XRP per week, yet he was caught attempting to pull $1 mil. out of Bitstamp.

Ripple ended up intercepting the coins and using its freeze feature to stop the movement of XRP.

While McCaleb's actions may not have been warranted, the fact remains that Ripple and XRP Gateways can freeze your coins at will. This goes completely against Satoshi Nakamoto's vision for a decentralized future. XRP is not a decentralized cryptocurrency.

Tomorrow, I'll be releasing the next/last segment of this two-part series, focusing on Ripple's gigantic pre-mine and how XRP is not a mineable cryptocurrency in any form factor.

image sources: a, b, c
legal stuff: All opinions and information in this post is for educational and informative purposes only. Do your own research before making any investments!

Ripple is not XRP.

This summarizes it all. They are fooling people with this. In addition, when banks need XRP, they can buy it from the Ripple company with a discount.

Everyone is buying ripple they think that's it's another Bitcoin. But thanks for sharing awesome information i got it and clear now

I do the same thing! I sold half of my holdings and keep the other half!

I am so astonished at the lack of understanding of how Ripple works...thank you for a great article that I can show instead of typing (badly) myself ;) You got a repost & follow from me :)

Congratulations @mooncryption! You have completed the following achievement on the Steem blockchain and have been rewarded with new badge(s) : 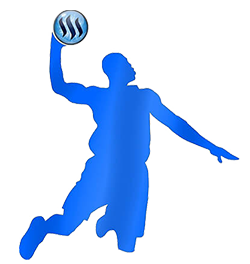 This post has received a 5.31 % upvote from @booster thanks to: @mooncryption.

Thanks for clearing that up! No to centralisation I'm selling my XRP as soon as some nice profits can be made which I will be putting them into decentralised; BTS, Steem, EOS.

I didn't invest, either.

Congratulations @mooncryption! You have completed the following achievement on Steemit and have been rewarded with new badge(s) :

Ok, yeah SO WHAT? Ripple is a business and like any business they implement controls to protect their business model. If you dont like their business model why buy the currency in the first place?
Arguably Ripple is appreciating in value because investors are realizing that of all the cryptocurrencies on the market, they (Ripple), perhaps have the best portfolio of customers ( high net worth customers ) . Why is that a bad thing? They are solving a problem for financial institutions and big corporate entities. Bitcoin attempts to solve a different problem (but frankly I think they are failing at it and doing the opposite of their original mission by restricting or dropping transactions that are not profitable for miners). Think about that, bro. Bitcoin is more about currency speculation than a service for “freedom lovers” like yourself.
I am big on Ripple and similar minded players for that very reason. I want to know that any company I am investing in has amazing clients, high value clients, clients that have access to money and will support the business in all ways imaginable. In other words, is their business model sustainable WITHOUT the currency markets or an ICO.
I want to support a company or cryptocurrency that goes out of its way to reduce client costs for using their service (like STEEMs’ no cost transactions). With a straight-face can you truly say that Bitcoin is committed to that or are they primarily interested in maintaining the status to create wealth for the miners and speculators? Is that mission better or worse that the so-called mission of the fiat banks and now Ripple?
If not, your argument makes zero sense to me.
With all this said, if your primary goal is the freedom of movement for your money then select a different currency. Sounds like commonsense to me. Obviously you are not seeking to make money (with a currency that will ultimately prove to be most stable), you are championing the purity of Bitcoins’ original business model. Bro, unless they improve their network capacity, those days are gone.. Don’t hate on Ripple because as of late they are winning….encourage Bitcoin to fix its network so it can scale and make it affordable for anyone to buy a cup of coffee at Starbucks. When they do that, then we can talk again.