As most of these books do it starts with Anita in her office being approached for help/assistance by a ridiculously complex case. In this case it's an Ancient Vampire named Sabin who tried to give up human blood and only drink animal blood and is now facing the consequences. Without the right type of sustenance the vampire has basically given himself virulent vampire gangrene. His body is rotting and it appears irreversible.

Sabin was once extremely powerful because he managed to create himself a triumvirate. Ok world building moment here.

Master Vampires often get themselves a human servant. It takes four metaphysical marks to make a human a 'human servant' but once they have them they are basically immortal and almost as hard to kill as the vampires themselves and even harder in some ways what with not having issues with the sunlight, holy objects or silver. Image Source
Master vampires also tend to have an animal or creature they can call. Thus far in the books we have met vampires that can call wolves, snakes, rats and ghosts. In future books we also see vampires that can call cats, bats, birds, bear, jackal, seals, fish, hyenas and butterflies. With these creatures if there is a humanoid that is part of these creatures, the vampire also has control over them as well. If a vampire can control wolves he can also control werewolves, if fish then they can control mermaids, if seals then they can control roans and selkies. I always wished we could see if the one who controls butterflies could also control fae or fairies but we unfortunately never find out.

If there is a humanoid creature they can call they can choose one to be their moitié bête of "animal to call". Basically a psychic connection similar to being a human servant but can only be done with a Master Vampire that can call an animal that has a humanoid brethren.

If the human servant and the moitié bête have an affiliation (often sexual), they can all share powers to become more powerful on an order of magnitudes. THIS is a triumvirate. All of them insanely powerful and insanely hard to kill. Only catch is they are now so interlinked that if you kill one, you likely kill ALL of them. Most vampires like Sabine choose those whom are verging on powerful but not dominants or alphas in their own right in order so that the vampire is always the most powerful member of the triumvirate and is the master.

Ok world building done back to the story line. Someone has placed a $500k bounty on Anitas head for her to be killed in the next 48 hours. Anita's having to kill thugs left right and centre to stay alive and most of them 100% human which puts a strain on Anitas relationship with the Police.

Richard is not wanting to kill the current pack leader called an Ulfric in order to become Ulfric himself, but he has an idea. Become Jean-Claude’s moitié bête so he can put on a large enough power show to use his force of will on the current Ulfric to get him to gracefully retire. Richard and Anita are a couple of good kisses from tying the knot but they both admit she needs to see and accept Richard in all of his furry glory, so what does he do? He kills the current Ulfric, pins Anita on the ground and shifts directly on top of her forcing her body to feel and ride the wave of power that occurs during a shift, and then eats the body of the old Ulfric as is apparently tradition.

Anita flees, she goes into shock and cannot handle the fury and power of the beast side of Richard. She ends up rejecting him and falling into Jean-Claude’s arms... among other body parts in a sensual bath scene. WOOHOO! Ladies and gents, six books in and we finally get our first sex scene, and don't worry it's perfectly safe, they used a condom.

Lastly despite Anita showing that she has the power to heal the undead, both vampires and zombies alike. Instead of you know, going ahead and letting her try to heal Sabin, what do they do? They kidnap them all, attempt to sacrifice Richard and Jean-Claude and attempt to donate Anita to the old Ulfrics partner to be used in a snuff film (spoiler alert I guess it's still technically still a snuff film even if the intended victim isn't the one who gets killed).

Richard damn near dies and almost takes Jean-Claude with them but Anita refuses to lose them both go and allows Jean Claude to give her 3 out of the 4 marks needed to become a Human Servant, making them a triumvirate which gives them all enough oomph to save Richard from the edge of deaths door. 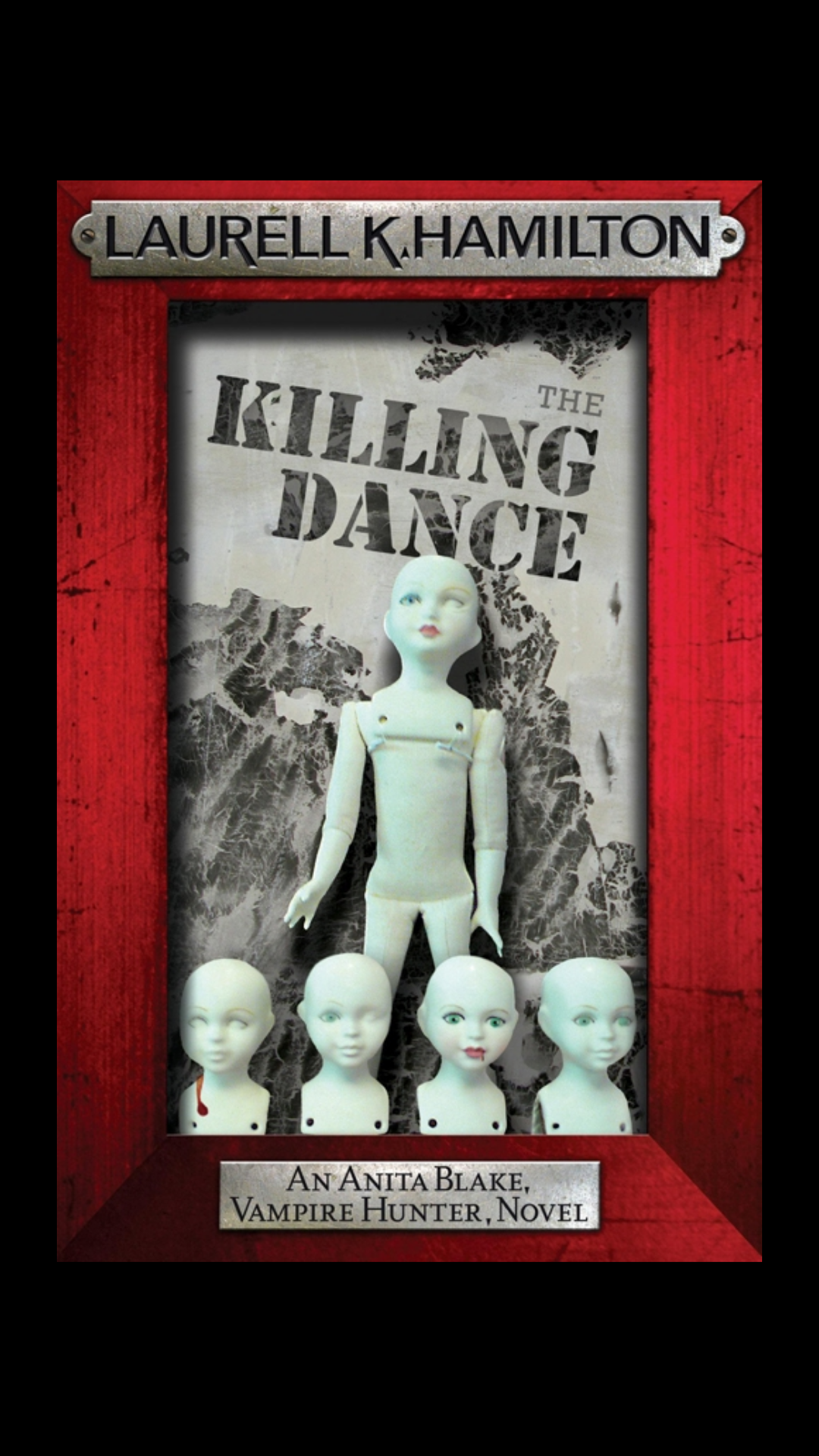 There's a lot of world building in this book which I love. Richards pain caused by the loss of Anita, we only see a small sliver of it at this point but it's the beginning of Richard devolving from a grown up boy scout into the hulk with anger management issues. Anita kills Raina the old Alpha female and also Gabriel who was the protective leader of the local Were-Leopards but also psychotic sadomasochist. Both kills are the beginning of a major storyline domino effect.

This book really is the tipping point of at least three major domino effect points that if Hamilton had written it differently would have made some of the things in following books never be able to be a thing which is impressive of her as a writer to be able to have the forethought to plant these things that you think are small but really are very quintessential to who Anita and some of the other characters become in later books.