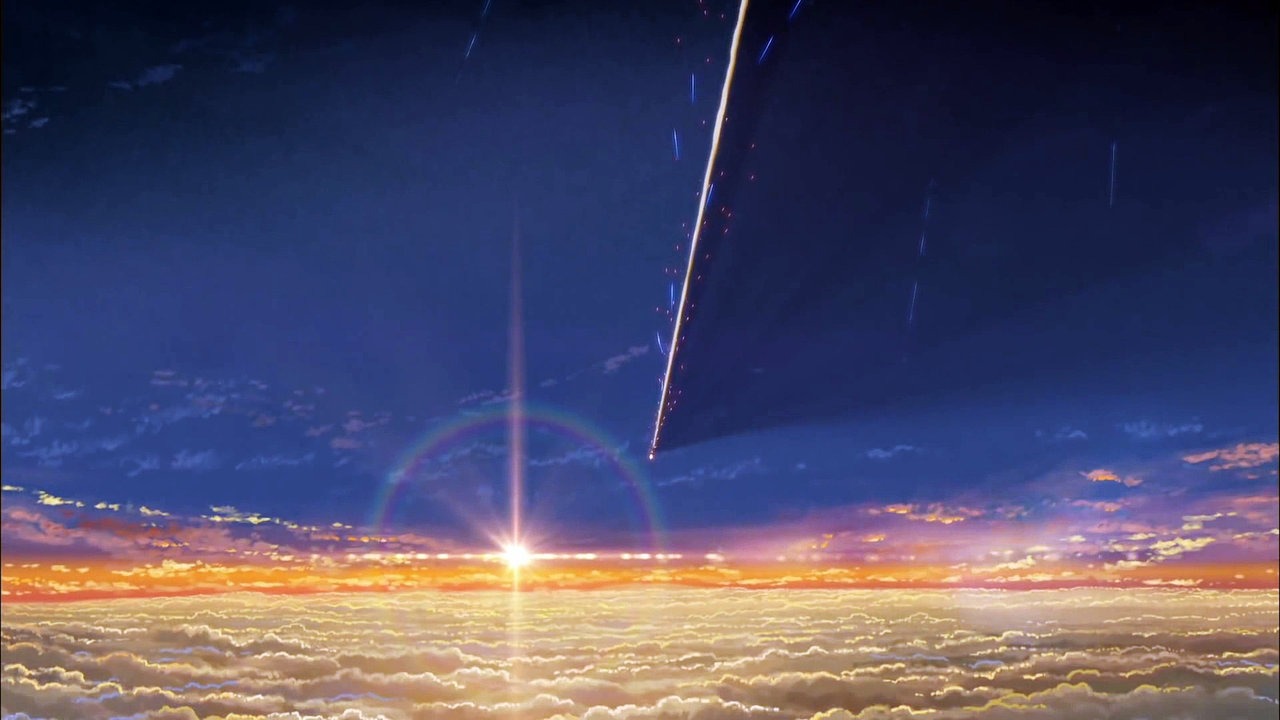 For the first time, I want to write a review about animated movie. But, not hollywood-made one, the movie comes from Japan. This movie was a big hit in 2016 and made highest gross Japan animated film of all time.

Story about 2 teenagers who switch bodies and The Comet. Kimi No Na Wa (KNNW). The story is about a young boy and young girl who doesn’t know about each other. The boy is named Tachibana Taki, 17 yo, highschooler who lives with his dad in small apartment in Tokyo. Taki is a caring and kind person but somehow can be stubborn too. He works as a part timer in Italian restaurant. The Director once said that his parents divorced before the story begins.

The girl is named Miyamizu Mitsuha, 17 yo, she is a cute highschooler with her unique ribbon. Mitsuha lives in Itomori, the village which is so much different from Tokyo. Mitsuha is a maiden shrine but kinda hate about it and the village. She lives with her grandma and her younger sister. Her mother passed away when she was kid. Her father left them with the grandma since that time. With all this problem, she shouted in the way back home from doing old traditions of the shrine:

I really hate this town!! I hate this life!! God, please make me a good-looking Tokyo boy in next life!

The opening scene of this film shows an object like a shard of a meteor that was heading toward the earth. The scene then moved into a room, in the morning. The alarm from the phone rang, giving the order to get up. Lazily, a young girl opened her eyes, looked around her but was still unconscious of what really happened. This woman was shocked when she looked into the mirror and opened her shirt and realized that the body seen in the mirror reflection is not herself.
This is the beginning Taki switches body with Mitsuha. 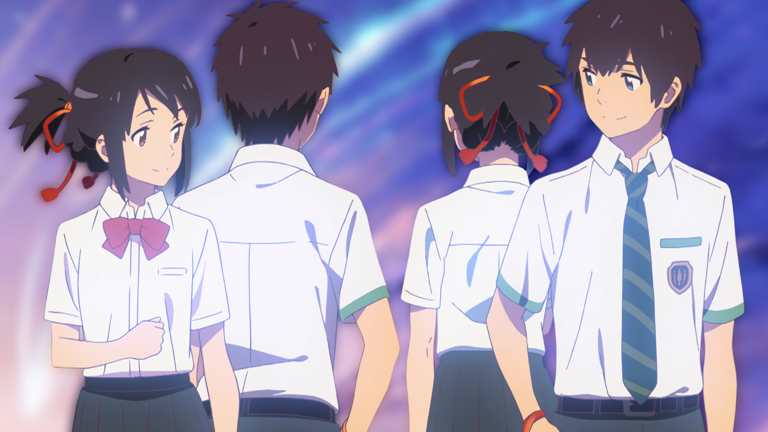 Mitsuha, at the same time, woke up in an apartment with a male body. With all his reluctance (uncomfortable because he never dealt with a man's body), must serve "natural call" in the morning. Mitsuha (in Taki's body) at this moment considered himself only dreaming as someone else. That day Mitsuha lived the life of Taki in Tokyo.

This incident happened many times, until Mitsuha and Taki realized that they were not dreaming, but swapping bodies. This switch happened in random time. The catalyst is when they fall asleep. Their memories when they switch bodies will slowly disappear when they return to their own bodies. So that the owner of the body is not confused, they always write a diary on their mobile phone when their bodies are swapped. and the story goes deeper..

Taki who was getting used to live the Mitsuha’s life, knowing more about the history of Itomori. Mitsuha, meanwhile, even helped Taki's romance with his coworker. But the dating that Mitsuha arranged for Taki ended up unpleasant, because Taki slowly began to like Mitsuha. Taki dialed Mitsuha's phone number, wanted to let her know about how the date goes. However, the call was never connected. Starting from here, Taki no longer switch body with Mitsuha.

At the same moment, Mitsuha was so upset and decided cut her hair short. The cause of Mitsuha's sadness will be explained at the end of the movie, I do not want to spoiler here unless someone asks me, lol. Back to the story, in the evening Mitsuha and his two friends came to the festival in the center of the village. That same night, a comet called "Tiamat" was passing near the earth. This phenomenon that occurs only once every 1000 years can be seen from all over the world.

from here, the story changes..

Tiamat broke out in the sky. Splitting itself. Some still go in the orbit. Some crushing toward the earth. This incident was beautifully visualized. But not for Mitsuha.. 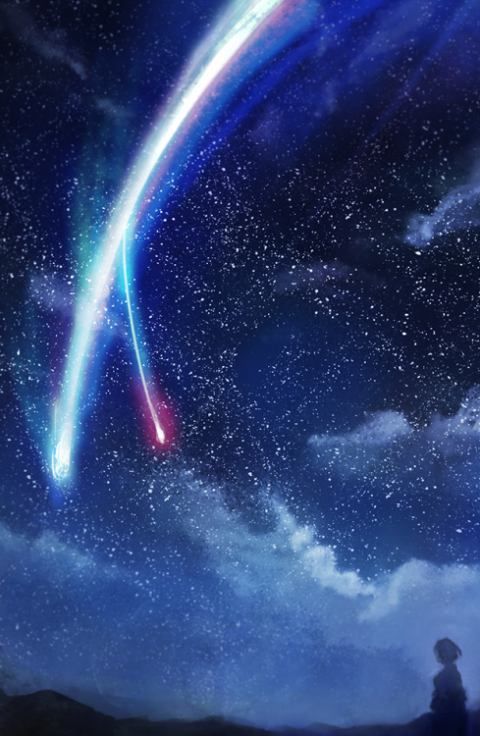 I end the story here

Too much? But I think this movie deserves a high score. In Japan, the movie becomes the highest-grossing Japanese animated film of all time by defeat 3 Studio Ghibli masterpieces (Spirited Away, Howl's Moving Castle, Ponyo .. these 3 are great movies, trust me). KNNW itself won 14 awards and made it into 22 nominations.

The storyline in this movie seems perfect. I can not find an unexplained plot hole. Makoto Shinkai as the director and writer of the story really developed rapidly compared with the previous movies he made (which I think also has a strong story). I still remember when I watched in the cinema, I had several times forgot to breathe because of the twist plot given.

As the man behind the film, Makoto even paired with the legendary name Hayao Miyazaki. Even funny, Hayao who had previously retired felt "triggered" and decided to return to work after his works with Studio Ghibli slowly defeated by KNNW.

In terms of visual, I have no doubt about Makoto Shinkai’s works. The earlier movies also have beautiful visuals (if I can’t say perfect). It can be seen in KNNW, how the presentation of the colorful Tiamat comet splits the sky, or in the movie "Kotonoha no Niwa" that presents rain drops and fascinating foliage, or again in the movie "5 cm per second" which describes the beautiful countryside and sparkling Tokyo.

One of Makoto's work before Kimi no Na Wa. Look how beautiful the rain is

The music in this film is done by Japanese rock bands: RADWIMPS, splendidly they are able to weave gentle tones in a sweet scene to the beat of the opening song. My favorite songs in this movie are "Yume Torou" and "Nandemonaiya".

I recommend this movie to watch. Despite failing to qualify for an Oscar nomination at the time, the film remained worthy of being paired with other high quality holywood animated films.

Thank you for reading.
Enjoy the trailer.