Blip "The Digital Game from Tomy" first appeared in 1977. The game was similar to the familiar Pong video game from the early 1970s. Despite being called "The Digital Game", there was nothing digital about it. Blip was purely mechanical. The only electronic component was one red LED (the "blip") which was powered by two AA batteries. 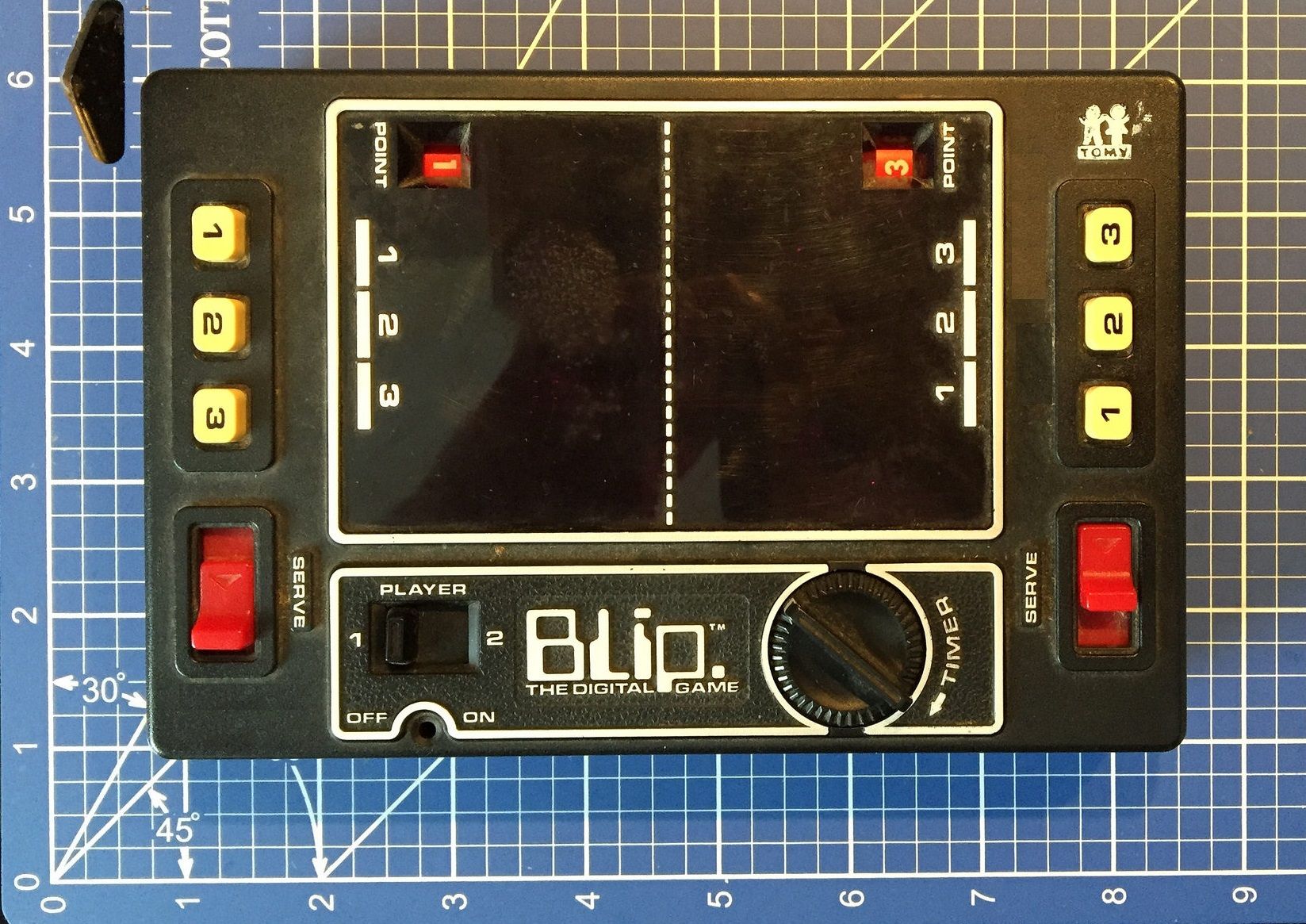 The game was driven by an internal spring that you wound up like a mechanical alarm clock or a wind-up toy. In fact, the game sounded exactly like a wind-up toy. The gameplay was incredibly simple. Each player had a Serve button that launched the glowing red blip from their side of the court to their opponent's side where the it would land in one of three locations. The receiving player would need to anticipate (or guess) the blip's final destination and press the 1, 2, or 3 button before it arrived. If they selected the correct destination, then the blip would rebound back to their opponent. If an incorrect location was selected, then the blip would stop and a point was awarded to the other player. The first player to reach 10 points won. Every part of this game was mechanical except for the red glowing blip. Even the scoring system was mechanical with points updating upon each serve. The back of the game contains instructions for one and two-players. Blip was mind-numbingly simple, and yet I clearly remember being incredibly excited to receive this gift for Christmas in 1977. At the time, it seemed like an amazing piece of modern technology. I played it for hours and hours every day of the Christmas break that year. In fact, I played it so much that I eventually learned the repeating sequence of numbers (perhaps 100 numbers). At that point, you would think the game would be pointless, but not so. In two-player mode, I was unstoppable as nobody else had memorized the pattern. However, in one-player mode, the goal became to play non-stop without a single miss until the spring unwound completely. 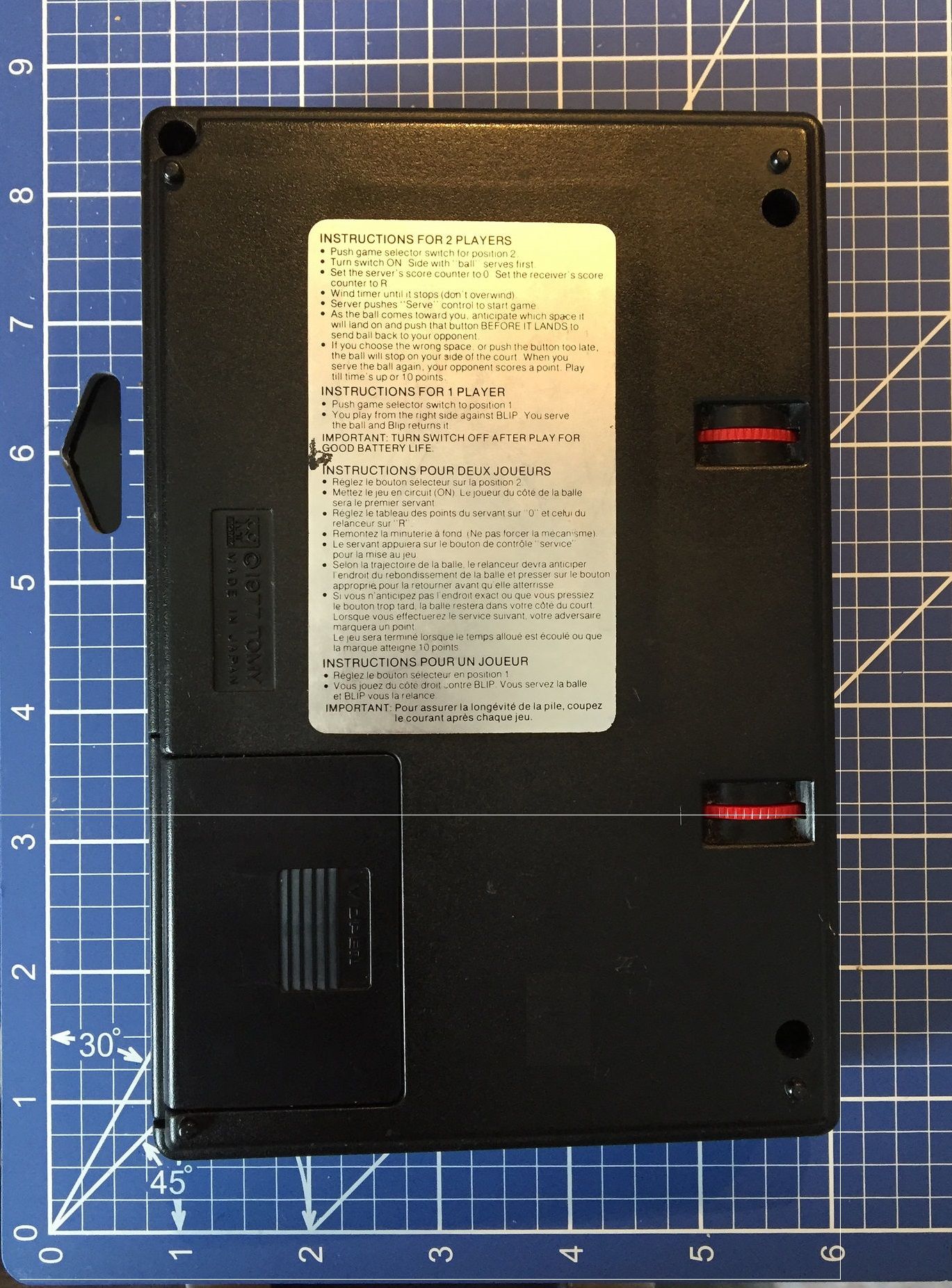 Amazingly, my original Blip game still works 40 years later. I took it apart many times during my childhood to figure out how it worked. It bears telltale signs of my own cosmetic customization including a rectangle of white paint (possibly Liquid Paper) surrounding the red on/off switch on the side. The Tomy logo on the front of the game also has been coloured white with a very sloppy paint job.

I played a few rounds of Blip with my daughter recently. Her comment: "Dad, this is dumb." Yep. Hard to argue with that.

More "Stuff I Got For Christmas" posts will follow soon.

Wow, so oldschool! I'd love to have one day where all I do is try out super retro games.

I'll have to ask my dad if he's ever played this game. Loved the post!

This looks amazing! Kudos to the inventor of this game and to you for sharing this with us ;)