Do not be afraid / Preach

Do not be afraid Source
The Bible is the most widely read book in the world and has been maintained over the years. Many countries have denied their reading and have sought to destroy this book that contains the key to living as human beings in life and after death. It is the most complete book because it has historical, archaeological, scientific, physical and infinite content of essential and useful values ​​for human life. Through the biblical stories we see many characters who, despite countless mistakes, are examples for us. Today I bring you a preaching about a character named Nehemiah.

Nehemiah (meaning Comforted by the Lord) was cupbearer to King Artejerjes, a privileged and meticulous position in the kingdom. His task was to taste the king's food and verify that it was not contaminated with poison. Rather than trying food, his main objective was to ensure the safety of his master. If Nehemiah failed to taste a meal, his king could be poisoned, although if it consumed and contained poison, the cupbearer would die immediately and the king would be safe. Imagine the confidence that the king had in Nehemiah to grant him such a position and trust that what he was eating was not going to cause death.

The people of Israel, where Nehemiah belonged, were scattered and dominated by the Persians who had the Middle East under their feet. One day his brother Hanani arrived with news to Nehemiah about his people:

They said to me, “Those who survived the exile and are back in the province are in great trouble and disgrace. The wall of Jerusalem is broken down, and its gates have been burned with fire.” Nehemiah 1:3

Upon hearing this news, Nehemiah cried bitterly because his country had been destroyed and the walls that protected the town from the invaders in ruins. So much was the impact of this news that he was several days of mourning for the pain he felt. It hurt him to see his people in misery, unprotected, unprotected and exposed to the invaders.

Upon hearing this news, Nehemiah cried bitterly because his country had been destroyed and the walls that protected the town from the invaders in ruins. So much was the impact of this news that he was several days of mourning for the pain he felt. It hurt him to see his people in misery, unprotected, unprotected and exposed to the invaders. After praying to God, he went before the king to follow his obligations. The king, seeing the sadness in Nehemiah's eyes, asked him the reason for his affliction, an opportunity that Nehemiah had to start a conversation:

But I said to the king, “May the king live forever! Why should my face not look sad when the city where my ancestors are buried lies in ruins, and its gates have been destroyed by fire?”
4 The king said to me, “What is it you want?”
Then I prayed to the God of heaven, 5 and I answered the king, “If it pleases the king and if your servant has found favor in his sight, let him send me to the city in Judah where my ancestors are buried so that I can rebuild it.”
6 Then the king, with the queen sitting beside him, asked me, “How long will your journey take, and when will you get back?” It pleased the king to send me; so I set a time.
7 I also said to him, “If it pleases the king, may I have letters to the governors of Trans-Euphrates, so that they will provide me safe-conduct until I arrive in Judah? 8 And may I have a letter to Asaph, keeper of the royal park, so he will give me timber to make beams for the gates of the citadel by the temple and for the city wall and for the residence I will occupy?” And because the gracious hand of my God was on me, the king granted my requests. Nehemiah 2:3-8

Reconstructing the walls of conquered cities represented the most visible threat to the Persian central administration. Only a close confidant of the king himself could be trusted for such an operation. At the most critical point of the revitalization in Judah, God raised up Nehemiah to carry out one of the most trusted responsibilities in the empire: the cupbearer and confidant of the king. Life under the Persian king Artaxerxes (around 464-423 BC) had its advantages for Nehemiah. Like Joseph, Esther and Daniel, he had achieved a significant role in the palace that then ruled the ancient world, a position from which God could use to guide the rebuilding of the walls of Jerusalem in spite of his implications for Persian control of that city.

What Nehemiah did not know was what awaited him. When he arrived in the city he saw that the whole village was destroyed and weakened, decided to encourage the people to rebuild the walls. It was not an easy task since his enemies did not want him, but he was not afraid, he made three very important decisions that helped him with the framed plan and can help us to face every situation presented in our lives without being afraid. 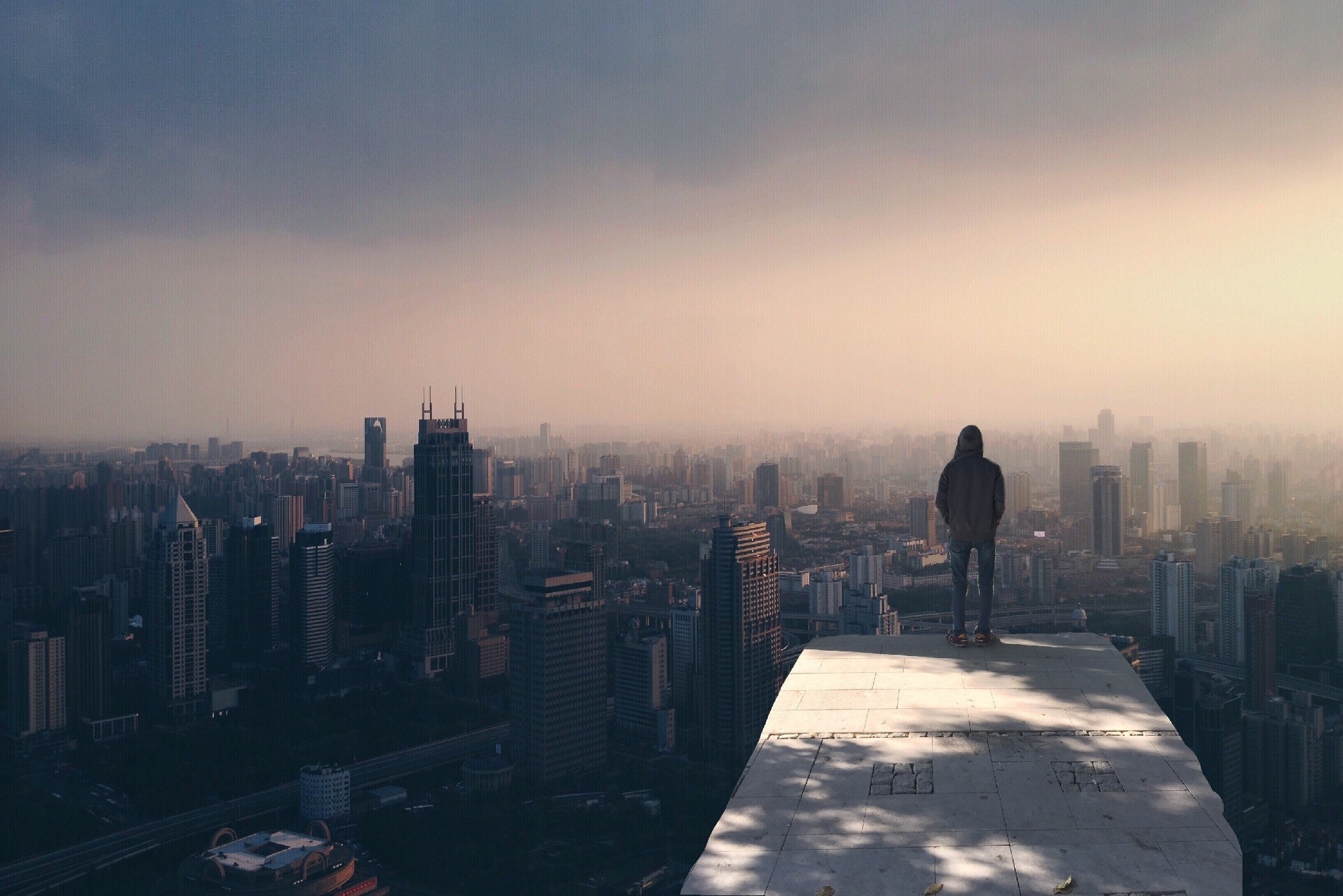 Hear us, our God, for we are despised. Turn their insults back on their own heads. Give them over as plunder in a land of captivity. 5 Do not cover up their guilt or blot out their sins from your sight, for they have thrown insults in the face of the builders.

Prayer is a lethal weapon that no one can destroy, it is the most powerful defense one can have to face enemies. Prayer connects us with the One who has created all that is visible and invisible. Before any fear we may have we must pray, it is the best action we can take, it is free and within our reach. Many times we make decisions without first going to the source of our lives, Jesus, and then we are wrapped in grips that choke us and take away our peace, all because we do not take into account that before acting we must pray.

Prayer is not to change God's plans. It is to trust and rest in His sovereign will. Martin Luther

After I looked things over, I stood up and said to the nobles, the officials and the rest of the people, “Don’t be afraid of them. Remember the Lord, who is great and awesome, and fight for your families, your sons and your daughters, your wives and your homes.”

Nehemiah was clear on where his faith was placed and not only that, but he sought to infect others from whom he had believed. Our lives can become very gray and we wonder why this is happening to us. The prayer is already exhausted because we intercede for what happens to us each day and we keep asking why me? Will God hear my prayers? Before these concerns we can only hope and have faith. Faith consists in being sure that what we do not see will soon be seen, and that sooner or later our prayers will be answered because we trust in God, the owner of gold and silver.

The way to see with faith is to close the eyes of reason.
Benjamin Franklin

15 When our enemies heard that we were aware of their plot and that God had frustrated it, we all returned to the wall, each to our own work.
16 From that day on, half of my men did the work, while the other half were equipped with spears, shields, bows and armor. The officers posted themselves behind all the people of Judah 17 who were building the wall. Those who carried materials did their work with one hand and held a weapon in the other, 18 and each of the builders wore his sword at his side as he worked. But the man who sounded the trumpet stayed with me.
19 Then I said to the nobles, the officials and the rest of the people, “The work is extensive and spread out, and we are widely separated from each other along the wall. 20 Wherever you hear the sound of the trumpet, join us there. Our God will fight for us!”
21 So we continued the work with half the men holding spears, from the first light of dawn till the stars came out. 22 At that time I also said to the people, “Have every man and his helper stay inside Jerusalem at night, so they can serve us as guards by night and as workers by day.” 23 Neither I nor my brothers nor my men nor the guards with me took off our clothes; each had his weapon, even when he went for water.>

We see how Nehemiah devised a plan so that his enemies would not take them by surprise. He prayed to God and had Faith, but that without the action does not cause any effect because both of you must come to an action. A student can not stay at home praying to finish his career, besides praying and having faith, he must strive to pass all the subjects and be able to graduate, so we must be ourselves, strive and act on what we want to happen.

Until they are carried out, the plans are just dreams. Dennis Lehane.

And you are afraid?

Fear is a feeling of anguish caused by the presence of an enemy, it paralyzes us and creates distrust that makes us believe that something dangerous is going to happen. Fear tends to keep us uneasy and threatened, it takes away peace and tranquility, in short, it leaves us neutral, immobilized. We decide if fear takes part in our life and we allow ourselves to be seduced by it. We saw the way in which a man named Nehemiah was not afraid of the adversities that he afflicted, he knew how to keep his gaze on Jehovah.

What are we going to choose in this situation? Do we allow ourselves to be enveloped by fear or will we choose to overcome them? It's up to you.
#steemchurch #teamsouthafrica #christian-trail #bible
3 years ago in #religion by robertjsmc (40)
$0.09
3 votes
Reply 0