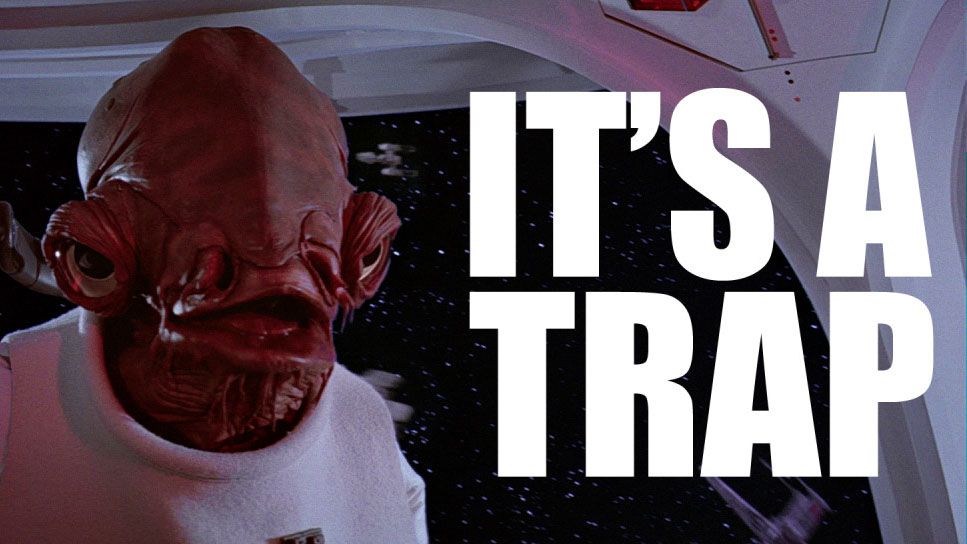 *UPDATE: Since the writing of this article the Red Pulse ICO has been postponed indefinitely in response to China's recent crackdown on ICO's...or maybe because of this article ;)

Caveat emptor: The only other saying besides "carpe diem" from my high school Latin class that I remember. Google defines it as "the principle that the buyer alone is responsible for checking the quality and suitability of goods before a purchase is made."

The crypto world has a related, and much more succinct saying: DYOR (do your own research) and while I agree that anyone walking these ruthless, zero-sum streets is entirely responsible for their investments; I wouldn't be The Cryptohomie (or even a cryptohomie) if I didn't do my part to warn about potential snakes in the grass. Today, I think I've found something slithering!

Some of y'all are foolishly throwing cash at whatever flavor-of-the-week coin the hypebeasts on forums are screaming about. This isn't for you....by all means, keep making it rain on scam coins so the rest of us can come up! This is for those who are earnestly trying to do their due diligence before investing their hard-earned dough. There is so much misinformation, FUD (fear, uncertainty, doubt) and self-serving deception in this game that it can be almost impossible to sift through the BS. Cryptohustlin' ain't easy, but I got your back.

K, done with the intro, now for the goods:

Last week I came across the "Red Pulse" ICO. I've been looking for a strong ICO to get behind as I'm sure many of you have. Among the most important things in judging the viability of a coin are the (1) idea behind the coin (does it really solve a real issue not covered by another coin? ), and (2) the team.

FACT: The majority of coins WILL fail and many are simply money grabs. Even worse, some ICO's take your money and never release tokens. With regard to Red Pulse, at least on the surface, everything seemed golden.

Why I initially wanted in:

-Their website looks professional, they have a roadmap, projected use of funds, token distribution chart, and the content is well-written.

What now sketches me out:

Long story, s̷h̷o̷r̷t̷ long...it seems that Red Pulse is looking to have a payday at our expense. On top of the fact that there really is no unique or relevant purpose for the RPX coin, much of its seemingly enticing aspects turn out to be fool's gold if you look hard enough. Bummer, because I was really hyped for this one.

I'd suggest saving your money for a better opportunity as this has the look of a carefully-orchestrated crypto heist. I could be wrong but, at very least, the misleading nature of their claims should give cause for concern.

The good news is, if you did register, you have some NEO which has been called the "Chinese Ethereum" and has the potential for some great long term value! As of this writing, NEO is pretty cheap but you can probably expect the value to increase just before the RPX ICO registration deadline (9/7/17) as last second participants will likely be buying NEO in order to participate in the ICO (cough...buy low...cough...sell high...buy low...HODL). Lastly, in the event RPX ever does hit an exchange, I don't doubt the immediate hype (and pump) will boost the initial value.

What do you think of my assessment? Let me know in the comments!

Are there any ICO's that you're hyped for? Why? Please share with any communities your involved in that are thinking about Red Pulse!

Congratulations @thecryptohomie! You have completed some achievement on Steemit and have been rewarded with new badge(s) :

bro the CEO of NEO mention them on one of the box mining videos on YouTube ..they are also mention in NEO's website see here https://neo.org/en-US/Blog/Details/65 ...if you are in their slack they make it clear that their audience is mainly from the west and not Chinese. They provide news for west markets.... they are also in Bloomberg terminals. Do your research properly before you start spreading FUD.

I participated and now have 35,100 RPX in my GUI wallet. Paid 30 NEO. All your assesments are wrong, but I upvoted you anyways because I am soooo HAPPY/LUCKY to have gotten my hands of this ICO..... HODL

I participated and now have 35,100 RPX in my GUI wallet. Paid 30 NEO. All your assesments are wrong, but I upvoted you anyways because I am soooo HAPPY/LUCKY to have gotten my hands of this ICO..... HODL