We are going to take a look at the new Red Pulse RPX token. It is the first ICO based on NEO, so it is getting quite a lot of attention. Like always, we will be focusing on the token itself and not the larger business model it is a part of. I recommend you read the whitepaper yourself because it is a very interesting business idea. I assume you already know about Red Pulse.

The Red Pulse token is very similar to Steem in that it incentivizes contributing content. Red Pulse is focusing on economic and financial information in China. This could be data and analysis of single companies, entire sectors, or the Chinese economy as a whole. Economic analysis and data is very valuable to traders, and Red Pulse has designed RPX to be an asset that financial institutions would want to hold.

We will be analyzing RPX in the reverse order that most other articles will. First we will cover why financial institutions and individual traders would want to hold RPX. Then we will look at RPX’s use as a bounty to get specific economic data and analysis. Then we will look at RPX as a payment to content producers. Finally we will go over the nitty gritty details about the token’s supply.

Why Would Anyone Want to Hold RPX?

Right now RPX is, in any practical sense, an investment. People who contribute to the ICO are either speculating they can flip the coin for a short term profit, or they believe in the long term growth potential of Red Pulse. In the future, Q3/4 2018, RPX will be used for influence in Red Pulse’s economic information marketplace.

Holding RPX will give you influence and access in the Red Pulse market. The more RPX you hold, the more valuable your up votes are, which gives you influence over the content the market produces. For very large holders of RPX, especially financial institutions, this influence could be quite valuable, as the market will literally adjust and start producing more content you want, even before you know what you want it. Markets are wonderful.

Red Pulse further incentivizes financial institutions to hold RPX by giving them ten times the influence as normal users. This is distortionary though, and lessons the incentive for normal users to hold the coin. They have a tenth of the influence of the professionals for the same amount of RPX. I will just say flat out that I do not like this feature. I know Red Pulse wants its market to produce useful and accurate information, and favoring institutional investors probably helps that, but it could make the token less valuable as less RPX will be held in the system. I take it Red Pulse believes in the long run having slightly better information will more than make up for this.

The influence you have from holding RPX exponentially grows with the more you hold. Red Pulse calls this a N-squared proportional reward distributional model. I interpret the white paper to say that an up vote from an account holding ten RPX is one-hundred times more valuable than from an account holding one RPX (amount of RPX is N). You can see how this favors the rich. This is compounded by the fact that financial institutions are going to hold the most RPX, and they already get ten times the influence than normal users do for the same amount of RPX. A trader from Goldman Sachs with ten RPX is one-thousand times more influential than the average Joe who holds one RPX. If you are nifty with math, you know this example severely underestimates the disparities in influence that will actually be seen. Edit: I am not sure this is the correct interpretation of the Red Pulse reward model. N could be the amount of RPX up votes a posting gets, not separated by voter, which would change things quite a bit.

Holding RPX will also give you earlier access to good economic data and analysis than the public. This isn’t explained in detail, but isn’t hard to imagine. The articles by the best analysts under Red Pulse’s Credibility Score will only be initially viewable by those who hold a large amount of RPX. You could also see a subscription model naturally popping up here. Information is money is in finance.

The most exciting use of RPX is to offer bounties for data and analysis on specific subjects. Red Pulse calls these research prompts. Say you are studying steal production in a specific province of China. You could offer a bounty for a break down of each steal producer’s production last month in the region. This could be quite valuable and popular in the future. The account issuing a research prompt can even keep the answer hidden from others. A trader could gain a large advantage by getting vital information first and keeping it hidden. Also, Red Pulse itself will offer these research prompts and allow users to use up votes to increase the bounties. This crowdsourcing of information is an an exciting feature. I will just repeat that this could be a large market in the future.

Red Pulse does not explain how it will determine when a research prompt receives a valid answer, which is very important. It is disappointing that this is not outlined in detail in the whitepaper.

Content producers are rewarded with RPX when they are up voted, or when they fulfill a research prompt. An important thing to note is that most content producers will not hold onto their RPX for long. They have to pay rent and eat. So we could see a very high turnover rate of RPX as a result. This is important because a relatively small amount of RPX could fund a relatively large amount of economic information production. You should now see why I started with the incentive to hold RPX first: It is probably much more important for the market cap.

The RPX ICO will be for 15 million dollars. This will represent 40% of the initial tokens issued. Red Pulse will keep 40% of the initial tokens to pay content creators. 5% of the tokens will be given to Red Pulse employees. Employees are restricted in when and how much they can sell. The remaining 15% of coins will be given to Red Pulse shareholders. There are no restrictions on the sale of these coins.

It is important to know that Red Pulse reserves the right to set inflation as it sees fit. It claims it will be 10% at first. Inflation is likely necessary to keep paying content producers. Red Pulse gave itself leeway here because it can’t predict what will be necessary to keep the market working. It does have the incentive to keep RPX an attractive token to hold.

There is a lot of risk here. This is a brand new idea that may not work. To its credit, Red Pulse openly says that any of this could change. Red Pulse admits that it might have to actively manage all aspects of the system, from creator rewards to the token supply. This is new territory. However, you can see why traders, especially those from large financial institutions, would want to hold the coin. There a strong long term potential in RPX.

As always, this isn’t investment advice. I am not telling you to buy or sell RPX.

I hope you found this helpful!
Pay me 10% of What You Make or Save Using This Information (Whichever is Greater)!
What a great deal! 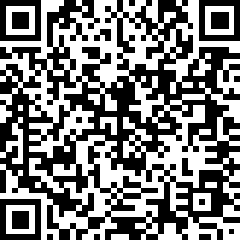 Note: I usually have to correct grammar mistakes in my articles, so this will likely slightly change. It is usually little, inconsequential mistakes like “their” instead of “there”.

Awesome job. Much hype about Red Pulse; it's rare to read a review that isn't ultra-generic. Appreciate your diving into the specifics and explaining them. Followed!

Thank you for this breakdown and analysi about Red Pulse. Now for the dreaded typo alert... "You could offer a bounty for a break down of each steal producer’s production last month in the region." It should be steel and not steal. Upvoted!