The race for quantum computing

Google, IBM, Europe, China – the race for quantum computing is on. At the moment google appears to be in the lead at the race for QuBits, but there is big progress everywhere.

Right now Googles attempt to build the first quantum computer seems to be the most promising (but there is not much information available). Right now it is testing a system with 20 Qubits, with a follow up of 49 QuBits in the pipeline, expected in late 2017.
Also IBM, has announced to have their IBM Q which is at 16 QuBits launched in March 2017, for public use for developers already. Their first commercial prototype processor will perform with 17 Qubit.
IBM Q Developer Kit is available on github.

Also in Europe there is a lot of research going on, to make use of quantum effects in processing and measurement technologies. CMS, a spin-off of of fundamental physics research at the University of Vienna, has developed a optical measuring procedure to detect, for example, diseases by analyzing the human breath – with the help of quantum effects.

Last year china has successfully launched a satellite that enabling experiments on spooky action in space. In april 2017 the Chinese Academy of Science announced, it is working on a quantum computer.

The canadian company D-Wave Systems was the first to release a computer with quantum processing on the market. They have just announced a partnership with Volkswagen. The first project of this partnership was testing an AI algorithm for traffic optimisation in Beijing, which raised a lot of attention at Cebit 2017.

Quantum computers is expected to give processing power a dramatic boost. Anyway it is typically not so clear which tasks such a computer is able to solve. Google for example is hoping to give their advancements in AI a boost. Also, quantum computers could play a role with processing big data tasks such as real time traffic flow and simulations in medicine and smart materials.

Experts claim that they are definitely a threat to present cyber security. That means they could also be a threat to cryptocurrencies (some of which are specially designed to be quantum proof, actually). In May 2017 the german corporation Infineon announced to have been implementing an algorithm which is quantum safe on a solid-state chip. And definitely it is not the only company working on quantum safe encryption. @wvm has submitted a post on the quantum threat on Bitcoin. 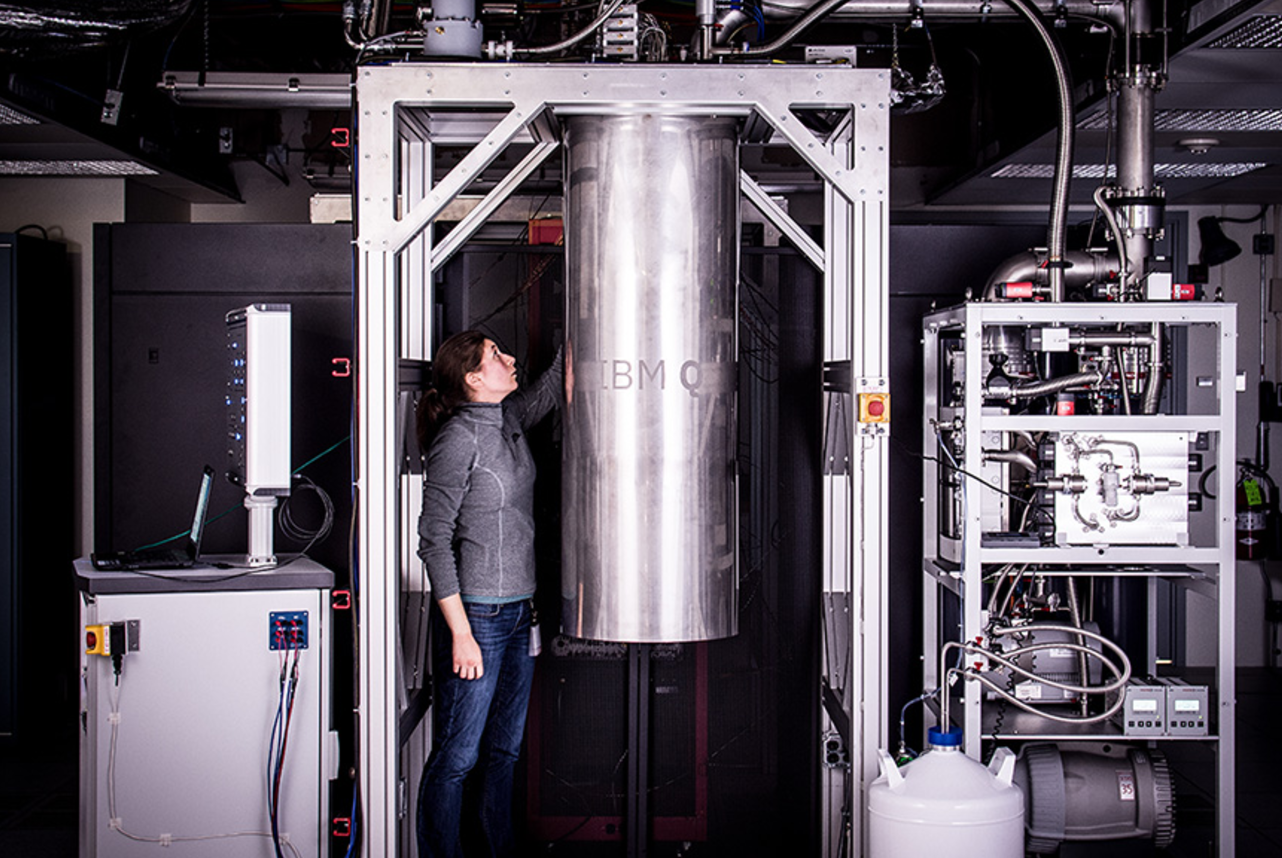 It is not easy to forecast what these computers will be able to do and what they will be used for. When the first binary computer systems came up in the first half of the 20th century, nobody could imagine what computers would doing now 70 years later: as acrucial factor of global economy, for self driving cars, artificial intelligence, the internet....
It is obvious, that processing power by the factor 10-100 (or even more???) will dramatically increase our possibilities – and that has always been driving innovation. I am excited what this technology will bring uns in the future.

This is very exciting. The breakthroughs in computing power that will come with quantum computing will be a leap forward in technology and it will come fast.

It finally feels like we are on the verge of living in that 21st century so many sci-fi authors portrayed in their stories. We have smart phones, self driving cars, crypto currencies and more crazy tech. Another 10 years could bring us things we aren't even thinking of right now.