This morning I looked in on the sub reddits and from there I went on a search for information in out-of-the-way places which I have found are used by people, companies and perhaps even the AI where selected viewing and sharing is desired for a discrete audience. Information which is not meant to be shared to the general public. Many of us are becoming further and further separated from rapid access to information by the level of sophistication of the tools and toys of the elite. Tools and toys often, in my experience, designed to keep us in a state of Mayhem. I found a very interesting Vimeo by author of Methodical Illusion, Rebekah Roth:

There are youtube videos of Rebekah Roth but these lack the White Rabbit artwork which is contained in the Vimeo presentation: 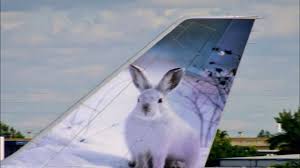 When I look back on all of the places I have lived I remember visiting Dubai, UAE in 1999 and our accommodation was what would now be considered as slum level but at the time it was acceptable. Television, 3 rooms in an apartment. Drinking water carried to the room, a small kitchen.

We went back to Dubai, UAE in 2013 and it was like being on a different planet. The architecture, wealth, indoor ski slopes, 3 story Aquarium in the mall with whales. Skyscrapers, private manufactured islands. Many, many things about Dubai and the other emirates we traveled to and through bothered me. I learned many things from the parents of children which attended school in the private tuition English language school where I worked. In my final year teaching in Dubai there were 25 children in my class from 21 different countries. Some children came with a troupe of caregivers which gave strong indication of the level of protection and respect that was to be provided for this child of high status. Many of these three to four year old children had multiple placements in private schools around the world as they traveled between Saudi Arabia, Egypt, Russia, Germany, China and other countries with their families.

So, I wondered if the accidental link to the Qanon Vimeo (above) was accidental and will likely never know.

Next I checked my twitter feed and found this interesting link to funds confiscated:

The big money always seems to trace back to technology, the CERN projects and space. Branson, Bezos, Musk - the race for the stars. While we have been led to believe quantum is a new idea the research and documentation clearly shows this is not the truth. Notice also that the share option for Vimeo includes a Paper Planes icon. When a Q post included a reference to Paper Planes there was a link to the Vimeo version and not the youtube version.

QUANTA - Quantum Science, Quantum Cosmology, Quantum Entanglement,and Dark Matter
We include several excellent video clips from YouTube/Vimeo. Please Be Patient - it may take a few minutes for our site to display the videos.

Quantum physics appears to offer a description of reality that is radically different from the one relativity gives us. Rather than giving a single observable solution to a problem, laws that operate at the subatomic "quantum" level provide probabilities of observing one of many possible results. Quantum mechanics is a relatively new branch of science developed to explain why subatomic particles do not behave according to the Newtonian and relativistic laws that describe the behavior of "normal" size objects. Just prior to the time subatomic particles and events were first measured, physicists had declared that, with very minor exceptions, all the fundamental forces and laws of the universe had been discovered and described. When scientists started to apply the traditional laws of physics to nuclear reactions they were literally amazed to find that the laws did not work! The search was on for a way to modify Newton's and Einstein’s laws to explain the new phenomena. At the time no one knew the explanations would shake the very foundations of western knowledge.

Light is made up of energy in the form of "photons" which have mass (in motion) and which behave like particles, some of the time. The rest of the time photons behave like waves of energy, similar to ocean waves. If you will think about an ocean wave you will realize water making up the wave simply moves up and down, not forward. Only the wave itself moves forward. Thus if a boat is sitting a mile from shore, each wave will cause it to rise and fall, but will do little to move it toward shore. The boat will move a bit as each successive wave exerts a slight pushing force in the direction of the shore, but the boat won't be carried to shore by any one wave as the wave itself sweeps toward land. The vast majority of the water is simply moving up and down, while only the wave moves forward.

The problem occurs when you try to measure photons using different tests. Some tests detect "particles" of light hitting targets while other tests detect "wave" interference when light passes through narrow slits. Back to the ocean example, when two ocean waves meet they either cancel each other if the trough of one overlaps the crest of the other, OR they reinforce each other when the crest of one joins the crest of the other, forming a single doubly big wave (any combination in between can occur). When two waves interact they are said to be interfering with each other.

The problem is a particle CANNOT act like a wave and a wave CANNOT act like a particle, yet photons act like both! The solution of modern physics to this apparently unsolvable problem is to say that photons are neither waves nor particles until they are measured, and that the measurement itself determines the nature of the photon. In other words, it is the measurement of the event that determines the nature of the event.

To some degree this phenomena can be said to express hidden problems with what reality really is. In a sense physics is not able to describe the "reality" of an individual photon since it appears to have two inconsistent, coexistent, yet separate, natures. To the extent the point at which a photon is measured (known as the collapse of the wavefunction) can be considered an "event", an unsolved dilemma occurs in determining when the event "actualizes". If light is both a wave and a particle until measured, is it "truly" a wave (when measured as a wave by an interference experiment) at the point it interferes with itself, or at the point it strikes a photographic plate, or at the time the film is developed, or at the point a human observes the final picture, etc.? The answer is simply not known.

One of the greatest scientific shocks of this century came in the form of the Heisenberg uncertainty principal. As far as many scientists and philosophers were concerned the last straw was when, to help explain the observed phenomena, Heisenberg noted that if you measure the momentum of one of the particles ("momentum" is velocity, which is speed in a given direction, times mass) that make up an atom you must in some way affect its position in an undeterminable way. For example, if you measure the momentum (or velocity, the uncertainty principal is equally true for both momentum and velocity) of a subatomic particle by "observing" it move over a given distance, the observation alters its position in some unpredictable manner. Similarly, if you measure position you must alter momentum, thus at any given moment you CAN NEVER measure both the exact momentum and exact position of a subatomic particle. The more precise you are in measuring momentum, the less precise you will be about position, and vice versa.

The problem is actually more than a problem of measurement, to be more accurate, the wave function of a subatomic particle (which describes the particle at the quantum level) that has not been "observed" is precisely determined (without using probabilities) by a formula known as Schrodinger's wave equation. However, the very moment you attempt to measure the momentum or position of the particle, the wave function collapses, introducing probabilities into the equation, and the exact momentum and position of the particle CANNOT be determined.

To emphasize the significance of the uncertainty principal remember it says that the uncertainty about momentum and position is not due to limitations on humankind's ability to make measurements, but rather is based on the apparent fact that when observed the momentum and position of an individual particle is fundamentally uncertain. Of course, future physicists may find an underlying set of rules that can be used to predict the behavior of individual particles, or may discover a fundamental unified law which is consistent with the observed behavior (an atemporal model may be found that works). Even though many questions remain unanswered, repudiation of the uncertainty principal, however comforting it would be to philosophers, seems uncertain at best.

About the author
Sandra is a psychologist, teacher and autism expert who has written individualized diets for thousands of people around the world. Since 1994 she has been giving 'Sara's Diet' consultations for families affected by autism. Understanding how humanity is undergoing enormous changes in response to the environmental stresses of the modern world, she has seen how the immune system is undergoing a transformation in its function, leading to the explosion in chronic health conditions that effect us emotionally and physically.Along with her husband, Max Desorgher, she formed World Community Autism Program, and traveled the world to teach people about the relationship between diet, environment and well-being.

For more information on her autism work, visit her consultation page on the WCAP website:
http://saras-autism-diet.freeservers.com/Sandra/Consultation.html