A few days ago I posted about Alfred Alder. Today let's look at James Marcia's contribution to the field of psychology; Identity Formation Theory.

Let's jump to Wikipedia for a brief introduction.

James E. Marcia is a clinical and developmental psychologist. He previously taught at Simon Fraser University in British Columbia, Canada and the State University of New York at Buffalo in Upstate New York.

James Marcia expanded on Erick Erickson’s theory with the use of an interview system that assisted adolescents in the process of identity formation. 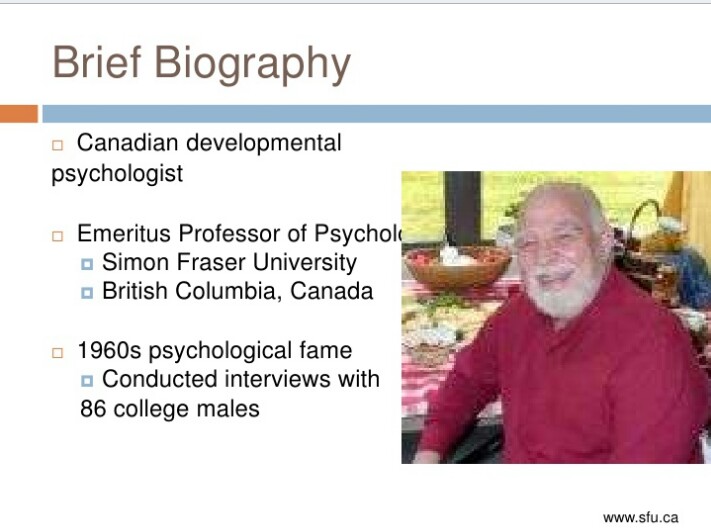 Identity Formation Theory is an interview methodology that reveals an individual’s identity, thinking and decision making. Identity is the norms, values and beliefs that an individual defines themselves with, that relate to their sense of self. Identity Formation states that there are two distinct parts that contribute to an adolescent achieving their identity. The two parts are crisis and commitment.

Crisis results in an intensive review of one’s values and beliefs, while commitment refers to making a considered choice to adopt those new beliefs and values.

Marcia talks about four identity statuses that adolescences exclusively fit into based on their process of identity. The basis of moving through these identity statuses is that an individual has experienced crisis or has battled with “identity issues and explored alternatives” and also that they have committed to the change. The four identity statuses are as follows.
Firstly, diffusion status is seen in an individual who has not come to any crisis experience and has not therefore made any commitment. This individual has failed to establish their direction in life and has not given thought to or resolved any identity issues.

Secondly, foreclosure status is an individual who has not experienced any crisis however has made commitment to their identity. This person has not given much thought to their identity but has fastened to what they already know, such as following parents’ footsteps.

Thirdly, moratorium status is an individual who is going through identity crisis and actively thinking and raising questions and seeking answers. This person however has not come to a commitment.

Lastly, identity achievement status is when the individual has resolved their identity crisis and made commitments to a specific identity. 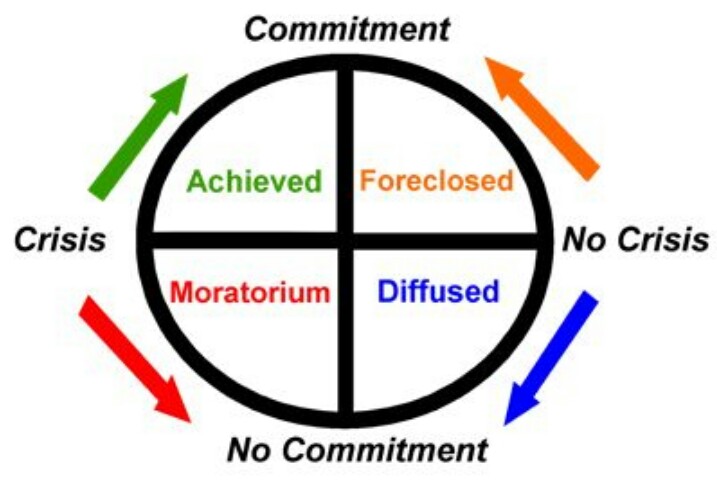 There are so many ways to look at the psychology of the human developmental process and it can be interesting to explore the ideas of those who have contributed to the field.

I think I am still stuck in diffusion. Someday I will figure out what I want to be when I grow up.

Identity is something that distinguishes us from being sold

Good stuff. I'm learning a lot about a topic that I otherwise probably wouldn't.