How do I express my anger at the School that abused me?

I've written before about my experiences as a kid and the violence that adults subjected me to. Like many kids who were beaten and sexually abused, I carry a lot of sadness, but also a lot of rage. I'm now trying to work out how to stop that rage destroying me. I need to find a safe way to express it.

Recently, I started processing memories of a group of men who abused me at King's House School in Richmond, London several decades ago. Although some of the abusers at this school have been caught and prosecuted1, the majority were not. This is the school today. I currently have no idea if it still contains a pedophile ring. Since the historical abuse here has never been confronted, I feel it is likely that it is still a place where abusers can operate with impunity: 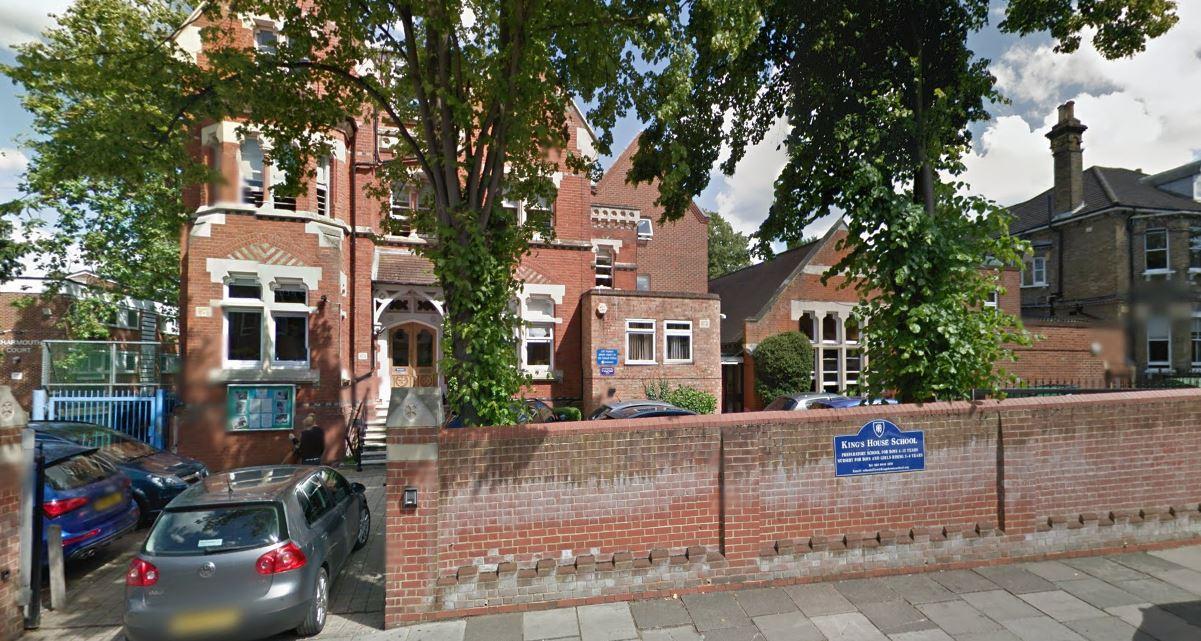 Within a few weeks of enrolling in the school, I was targeted for sexual and physical abuse by multiple teachers at King's House. Those teachers who were not actively abusing children ignored the abuse being perpetrated. I now know this is typical of abusive institutions and also, for example, describes the collusion between perpetrators and deniers at The BBC and in The British Government in during the same time period.

On reflection, I can see how my previous sexual abuse –– at home and in Scouts –– set me up as an easy target for subsequent perpetrators.

On one occasion, a group of the teaching staff took us on a so-called adventure holiday to the Lake District, via a 'holiday' company called Outward Bound. This trip turned out to be an opportunity for an organised gang of men, including these teachers, to sexually abuse children on the trip.

Over several days, in a large house in the Lake District, other children and I were subjected to sexual abuse and violence. The group that perpetrated these crimes included the King's House history teacher; the 3z form-teacher; and the science teacher. These three men had a history of abusing children.

The history teacher was, soon after, quietly ushered out of the school. This was because his habit of openly molesting children in full-view of the class had become too much –– even for a school which included multiple active child abusers. This is the school's logo: Readers unfamiliar with the scale and pervasiveness of childhood sexual abuse in our societies may, at this point, wonder how several perpetrators could operate in a school without detection. The answer is that they were actively supported by the institution itself. The profit-incentive of this private school, King's House and the denial system operating throughout British society kept (keeps) them in their positions. This is the same social system that also allowed the former prime-minister, at the time, to rape children2, and the contemporaneous one (Thatcher) to facilitate the rape of children throughout her government3.

To return to the abuse perpetrated in the house in the Lake District: We were separated into two groups, and the more vulnerable children (who the teachers had previously targeted in the school) were housed in the main building, while another group of children were taken to a separate building. Only the children in the main building were sexually abused.

When I look back on this, I realise why this was done: It was done so that, if someone was to speak out about what was done to us, there would be two groups of children with very different stories about the holiday. However, I think this was an unnecessary precaution on the part of the abusers since, as most sexual-abuse victims know: Adults do not listen to children and will invariably side with another adult's account, rather than the child's. This was especially true at the time.

To sexually abuse a child in our society is very easy because most people:

And this is the context in which I was assaulted, with other children, multiple times during this 'school trip'.

As a kid, this experience felt endless. I had no context in which to place this calculated, organised abuse involving multiple perpetrators. This group of men threatened to kill us if we ever told anyone what happened and used various well-documented techniques to silence us. As any psychologist knows, it is possible to use torture to induce fear-states that generate perpertrator-introjects. These introjects then serve the dual purpose of attacking the victim's psyche, while protecting them from the knowledge of what was done4.

With meditation, I was able to achieve a fuller emotional recall of the extent of what those men did to us in the Lake District, and it makes me furious.

I fully understand the motivations of Guy Fawkes who placed barrels of gunpowder under the British Houses of Parliament. I now wonder if Fawkes knew the extent of the child-abuse which politically and institutionally powerful men perpetrate.

However, I am not a violent person and I don't want to hurt anyone. So, I am exploring ways to release this anger.

Perhaps readers on Steemit have some ideas: How do I express the anger at being raped, beaten and molested by many different adults throughout my childhood in the UK? How do I express my anger at the British Government which continues to facilitate the abuse of British children?

And how do I express my anger at a 'school', King's House which puts abusive men in positions of power and allows them to sexually abuse children?

A recent report on the school says that "Pupils have excellent standards of personal development by the time they leave the School. They are confident, self-aware and emotionally mature for their age."

Personally, the school left me suicidal and it's taken years to regain my confidence and self-awareness. I don't want this to happen to other children.

I want to shout about it.

I think you know what to do! Your guides with shamans and plants from South America already told you if I remember correctly. Why can't the boys that were abused at your school get together and file a lawsuit against the institution and individual abusers?

I think the best way to express rage is let it go because it will eventually cause one physical and mental illness. After eradicating my rage I was able to articulate clearly the abuse I suffered and stand up to my families inability to admit they were enabling and protecting abusive family members whilst vilifying the victims of the abusers.

My rage spilled over onto innocent people who had nothing to do with covering up past abuse, it was like holding a burning hot coal in my hands. I had to let my rage go to heal and be a good mother, friend, and wife.

One can go after preditors without tearing oneself apart emotionally. That to me is a spiritual warrior, then one will avoid becoming what one has been fighting.

I'm struggling at the moment to remember exactly how to process the depth of the anger I feel. Last time I felt like this, I took a long trip by train and then screamed into the ocean. Does that sound like the right idea?

I also find my rage spilling out, but not onto entirely innocent people. However, I don't know if it's a good way to deal with it.

For example, yesterday I saw a man hurting a little girl and I wanted to kill him. But instead of killing him, I confronted him aggressively (not physically) and told him exactly what I thought about what he was doing.

He seemed to sense I was ready to kill him, so he sort of ran away, but I worry about what might happen if I confront someone who doesn't back down. I feel like I want to destroy anyone who hurts kids in front of me.

How did you let your rage go?

I let a lot of anger go in the jungle, but this latest wave, connected with the abuse by multiple men in that house in the Lake District, makes me want to explode.

I will kill anyone I catch sexually molesting a child. But not with rage, I will kill them like one steps on a cockroach.

I have been told by my teachers, who would be totally against me taking another life, even a cockroaches life, that to fight hatred you must not hate. The danger, extreme danger is becoming what you hate. You cannot help anyone if you cannot control and help yourself.

You need to let go of what is causing the rage. Many times we adults that have been molested can't remember the exact cause because we were subjected to violence every day.

So the method I literally stumbled over was vipassana meditation through the instructions from my first Dharma teacher. I wasn't looking for this meditation, my teacher saw that this particular meditation was the medicine I needed. It's not for everyone though. This method doesn't need memories or even words and logic. One just views the sensations on the surface of the body, memories are stored throughout the body, not just the brain. Body memories manifest through physical sensation which evoke mental sensation.

Just viewing physical sensation with pure awareness will burn away the roots of ones rage. This takes time and strong equanimity. Some say you need the 4th jhana for complete equanimity. Then one can fight if needed with an amazing clarity that cannot be used and abused by ones opponents.

Hey, stumbled upon your posts here while looking up more things about MDMA therapy on google. I had read your stuff previously on reddit and it was helpful. This is what I currently doing from these articles (links below). To me it seems I need to feel the anger somatically and let it pass out and through the system because it was blocked as a child for me as it was unsafe to express it. I don't see how anything short of letting ourselves feel the anger won't leave us with energy being wasted pushing it back down which could instead be used instead to other more valuable things.

One route you could take if you feel you can take it, is to go public with your story and involve the media. Public outcry seems to be a powerful force for change.