The Theory of Social Learning by Albert Bandura

joseferrer (9)in #psychology • 4 years ago

Greetings friends, in this publication related to the science of psychology talk about one of the most influential theories in history, it is about the theory of social learning, which was established by Albert Bandura, in this theory attention is paid to learning by observation and the importance of self-efficacy beliefs for the regulation of human behavior. In addition, the concept of reciprocal determinism is also introduced, in which it is explained that not only the environment influences the person, but the person is also able to change the environment. In this present article we analyze one of the most influential theoretical bodies in social psychology. You are invited to read the article ... if you have not done it yet! Albert Bandura, a Ukrainian-Canadian psychologist and pedagogue, is one of the most influential figures in psychology.

He developed different theories that he included in his extensive theory of social learning. Among his major contributions, he highlighted the influence of the apprentice on the human environment that surrounds him.
One of the most important phrases about learning and about the way in which knowledge changes the human and physical environment:

The concept of "apprentice" may seem flat and without nuances, but the truth is that it has evolved a lot over time. After all, if we get philosophical, there are no easy answers to any question. What do we talk about when we talk about learning? Is the fact of mastering a skill or subject a merit of ours alone? What is the nature of the learning process and what agents intervene in it?

In the West, it was usual to consider man as the only motor of his learning process: the idea of man in search of virtue (with the permission of the corresponding deity). Then, the behavioral psychologists arrived and revolutionized the panorama: the human being went from being solely responsible for his or her own personal development to becoming a piece of meat that is a slave to external pressures and conditioning processes.

In a few years he had gone from believing in naive free will to holding a fierce determinism. Between these two polar poles appeared a Canadian psychologist who would talk about learning in more moderate terms: Albert Bandura, the thinking mind behind the modern Theory of Social Learning . 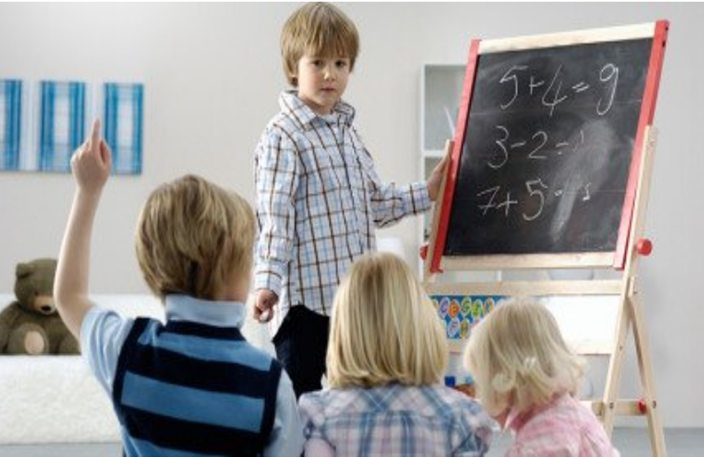 The Theory of Social Learning by Albert Bandura: interaction and learning

As Lev Vygotsky did, Albert Bandura also focuses the focus of his study on learning processes in the interaction between the learner and the environment. And, more specifically, between the apprentice and the social environment. While behavioral psychologists explained the acquisition of new skills and knowledge through a gradual approach based on several reinforced trials, Bandura tried to explain why subjects who learn from each other can see how their level of knowledge makes an important qualitative leap from only once, without the need for many trials. The key is found in the word "social" that is included in the TAS.

Behaviorists, says Bandura, underestimate the social dimension of behavior, reducing it to a scheme according to which one person influences another and causes mechanisms of association to be unleashed in the second. This process is not interaction, but rather a sending of information packages from one organism to another. For this reason, the Theory of Social Learning proposed by Bandura includes the behavioral factor and the cognitive factor, two components without which social relationships can not be understood.

On the one hand, Bandura admits that when we learn we are linked to certain conditioning processes and positive or negative reinforcement. In the same way, it recognizes that our behavior can not be understood if we do not take into consideration the aspects of our environment that are influencing us in the form of external pressures, as the behaviorists would say.

Certainly, for a society to exist, however small it may be, there must be a context, a space in which all its members exist. In turn, this space conditions us to a greater or lesser degree by the simple fact that we are inserted into it.

It is difficult not to agree with this: it is impossible to imagine a soccer player learning to play by himself, in a great void. The player will refine his technique by seeing not only the best way to score goals, but also by reading the reactions of his teammates, the referee and even the audience. In fact, he probably would not even have started to take an interest in the sport if he had not been pushed by some social pressure. Many times it is others who set part of our learning objectives.

However, Bandura reminds us, we must also take into account the other side of the coin of the Theory of Social Learning: the cognitive factor. The apprentice is not a passive subject who attends the ceremony of his learning dispassionately, but actively participates in the process and even expects things from this stage of formation: he has expectations. In a context of interpersonal learning we are able to foresee the novel results of our actions (rightly or wrongly), and therefore we do not totally depend on the conditioning, which is based on repetition. That is to say: we are capable of transforming our experiences into original acts in anticipation of a future situation that had never occurred before.

Thanks to the psychological processes that behaviorists have not bothered to study, we use our continuous data input of all types to make a qualitative leap forward and imagine future situations that have not yet occurred.

The pinnacle of the social aspect is the vicarious learning highlighted by Bandura, in which an organism is capable of extracting lessons from the observation of what another does. Thus, we are able to learn by doing something that is hardly measurable in a laboratory: the observation (and attention) with which we follow someone's adventures. Do you remember the polemics that are periodically unleashed about the convenience or not of children seeing certain movies or television series? They are not an isolated case: many adults find it tempting to participate in Reality Shows when pondering the pros and cons of what happens to the contestants of the last edition.

Note: a mnemonic trick to remember the vicarious training that Bandura talks about is to fritter in the snakes or "projections" that come out of the eyes of the lord of Vicarious videoclip, in which many eyes and many strange things also appear.

In short, Bandura uses its model of Social Learning Theory to remind us that, as apprentices in continuous training, our private and unpredictable psychological processes are important. However, although they are secret and belong only to us, these psychological processes have an origin that, in part, is social. It is precisely thanks to our ability to see ourselves in the behavior of others that we can decide what works and what does not work.

In addition, these elements of learning serve to build the personality of each individual:

We are able to foresee things from what happens to others, in the same way in which the fact of living in a social environment makes us think about certain learning objectives and not others.

As for our role as apprentices, it is clear: we are neither self-sufficient gods nor automatons.


Please note that this is a BETA version. Feel free to leave a reply if you feel this is an error to help improve accuracy. Please note, it only checks the text component!
$0.00
Reply