udochi (42)in #promomentors-challenge • 4 years ago

Hello Steemians, welcome to my blog. Earlier this week, I stumbled on the promo-mentor writing challenge organised by @futurethinker to help new Steemit users create contents to write on. I decided to participate in this week's challenge which requires that we share a life changing experience and its lessons with our audience, in an attempt to pass knowledge.

An Experience that Changed my Life: Play Safe

This experience happened few years ago, I was a student in the University of Uyo then.

An old female friend of mine called me to tell me she was in Uyo to write an exam. I asked if I could pay her a visit, she said I could.

Before visiting her, we somehow got chatting about sex. "Udochi, have you had sex before", she asked.

Even though I was still a virgin, I gave her an opposite response to protect my teenage ego. "Yes of course, I have had sex several times. How can I not have had sex before?", I replied.

We finally fixed a date for the visit. On the deal day, I made sure i went with a condom, she offered me food which I ate. After eating and talking, we kissed and romanced without having penetrative sex. I felt good and looked forward to it happening again.

The following day, i paid her a visit again, and then we did the same thing- kiss and romance, without penetrative sex. I got so comfortable with it, and wanted it to remain like that forever.

The third day I paid her a visit, I didn't go with a condom, thinking it was just going to be the regular kissing and romancing. Unfortunately for us, that was the day our hormones demanded something more. We just couldn't control ourselves at some point, so I had to slide in without a condom.

I managed to pull out during ejaculation, but I wasn't sure if some sperm cells actually went in before I could.

It happened two weeks before my birthday. I became so scared after that moment. So many thougts crossed my juvenile mind. "What if she gets pregnant? What would I tell my family? My friends would laugh at me so hard. My roommates that know me as a virgin would also laugh. How can I get a girl pregnant on my first sex, when my mates have been doing it for years without such? Why was I so stupid not to go with a condom?"

On my way home from her house, I started seeing so many pregnant women and babies around me unlike usual. I felt so uneasy. I was just hoping she doesn't get pregnant, we were both only about 19 years of age.

According to the information I got from google, most girls get to know they are pregnant after three weeks, while some are usually ignorant until after one month. I ran out of patience. The next one month was really miserable for me. I lived with constant fear and panic even on my birthday. I promised myself never to have sex again.

Finally, one month passed without me getting a pregnancy notice from her. But I didn't really feel relieved until after 3 months. 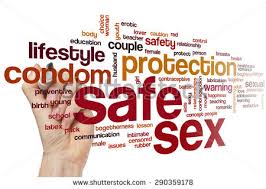 Lessons I Learnt from the Experience:

Thank you @futurethinker for an opportunity to share my experience.

Thank you for your entry! Lucky for you bro! haha