What is Proof of Brain can change social world ?

What is Proof of Brain?
I had no idea for created people, and how we can imagine to the future world, people today want more new interesting thing. Ten years ago, we don’t even know how big facebook can be as today. I think proof of brain is very talented idea for the future, I don’t know stem can success or not, but these idea can be successfully by steem or others take this and solve problem.
We know contents is much more important now today, and the company like facebook why they use our idea and information to make their money and not even paid for us, of course not because you use free system they run it’s called central system. But now we live in new world called decentralized system (peer to peer). Anyone can involve with the system and can be one of the notes to run the system. So why we don’t get paid for our contents, for our system we involve in.
Before we take more idea about Proof of Brain, I want to share with you 2 other differences already exist, we called “Proof of Work” and “Proof of Stake”:

Proof of Work (POW): Process of mining so we can validate transaction -> the miner get the reward -> other block get added into the public blockchain. 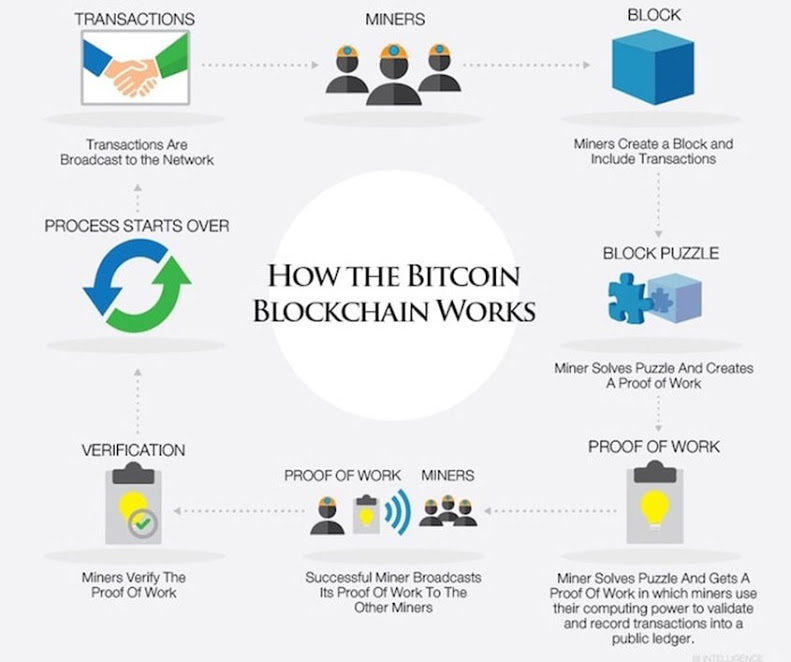 “When you want to set a transaction this is what happens behind the scenes:

What is a proof of stake? “Proof of stake is a different way to validate transactions based and achieve the distributed consensus.
It is still an algorithm, and the purpose is the same of the proof of work, but the process to reach the goal is quite different.
Proof of stake first idea was suggested on the bitcointalk forum back in 2011, but the first digital currency to use this method was Peercoin in 2012, together with ShadowCash, Nxt, BlackCoin, NuShares/NuBits, Qora and Nav Coin.
Unlike the proof-of-Work, where the algorithm rewards miners who solve mathematical problems with the goal of validating transactions and creating new blocks, with the proof of stake, the creator of a new block is chosen in a deterministic way, depending on its wealth, also defined as stake.
No block reward
Also, all the digital currencies are previously created in the beginning, and their number never changes.
This means that in the PoS system there is no block reward, so, the miners take the transaction fees.” – blockgeeks.com

And we go back to “Proof of Brain” can be.

Find out more here: https://steem.io/steem-bluepaper.pdf
What do you think ten years from now the picture can be?