We need facts, not 'yelling and hollering,' Putin says of 'meddling' indictment against 13 Russians 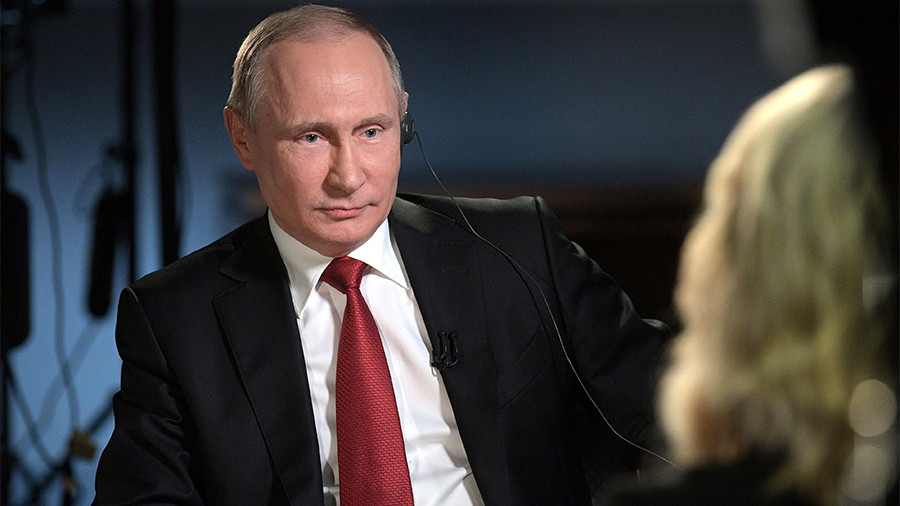 "The US should give Russia evidence about the alleged meddling in the 2016 presidential election and the 13 Russians indicted for it, President Putin said. Without evidence, the accusations are nothing but “yelling and hollering.”

“We cannot respond to that if they do not violate Russian laws,” the Russian leader told NBC’s Megyn Kelly in an interview broadcast on Friday. In mid-February, the US Justice Department indicted 13 Russian individuals and three firms over suspected interference in the US election process. They were accused of “supporting the presidential campaign of then-candidate Donald J. Trump...and disparaging Hillary Clinton.”

“I have to see first what they've done. Give us materials, give us information,” Putin said.

When confronted by Kelly, who listed an array of charges against Russia, from “hacking into DNC” to “creating bots on Twitter and Facebook” and “spreading misinformation” on the presidential election and even the Black Lives Matter movement, Putin reiterated that the evidence should be handed to the Russian authorities.