I received this in my e-mail this morning.

Written by an American

The America I was born into still had many of the foundational principles that our Founding Fathers established. To start with, America was a republic, not a democracy and was never intended to be. The difference between the two has been totally lost on many Americans today. What’s the difference? A republic is where the people elect leaders to do the bidding of the majority of the people. A democracy is where the people elect leaders who rule and dictate over them. A republic is a free nation whereas a democracy is the first step towards socialism.

Secondly, the America I knew was one where the majority of the people ruled, not a whining perverted minority like today. Politicians, for the most part, did what the majority of their constituents wanted them to do, not what a few minorities demanded. 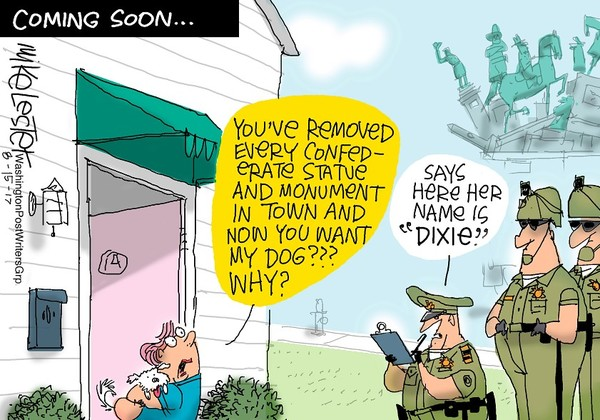 Today, many of those biblical and Christian principles and laws have been abandoned due to the catering to liberal anti-biblical self-centered, hedonistic minorities.

Fourth, the America I knew was patriotic and proud, not ashamed and turning to globalism instead. The American flag was allowed anywhere in this country, not banned from schools, people’s home or mailboxes. It wasn’t trampled upon or defaced without repercussions. Everyone stood for the playing of the National Anthem, because it stood for something good and great and the Pledge of Allegiance was recited by every kid in school.

Fifth, the America I knew respected other people. We respected other’s property and their person. It wasn’t uncommon for people leave their cars and front doors unlocked at night. It was safe for kids to play outside and walk to school, a park or the store.

Sixth, in the America I knew, gay meant happy, pride was how you felt about an accomplishment, achievement, about your parents, and America. Marriage was one man and one woman. Anything else was adultery. Living together or having sex before marriage was fornication. Murders and traitors were executed, not elected to office. Illegal aliens were deported, not given the keys to the city and more benefits than American citizens.

Lastly, our nation’s history, the bad and the good, were important to everyone. Historic monuments were viewed upon as reminders of bad and good times. Families used to travel on vacation to visit many historic places, Union and Confederate. No one looked upon these historic monuments and places as being symbols of racism, but as reminders to the many men and women who sacrificed themselves during one of our nation’s darkest times.

Today’s America has turned away from everything that it was founded on. Biblical and Christian principles have been rejected. Marriage is no longer one man with one woman. Sex outside of marriage is deemed acceptable to many. The American flag, National Anthem and Pledge of Allegiance are despised and seen as symbols of oppression. It’s no longer safe to let our children play outside unattended or to walk anywhere away from their home.

The cancer of liberalism has spread too far to save our America. After the way so many have reacted to the election of Donald Trump and now after Trump dared to speak the truth about who was responsible for the violence in Charlottesville, I truly believe that we are witnessing the dying gasps of the America I knew.

Only God can save America, but why would He after our nation has turned our back on Him?

I happen to agree with this unknown Author.

What do you think? Let me know.