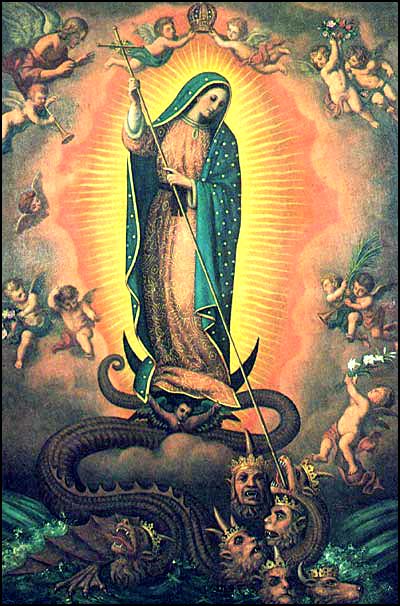 I slept almost zero last night, mostly because I was up writing this. I am grateful to my anti-muse, the un-illustrious Hagseed (the central character in a book of poems I'm working on called The Hagseed Miracles: Turning Wine to Water and Other Un-Divine Acts of Uninspired Mediocrity: A Dangerous Woman Says Her Piece), for giving me a vehicle through which to channel my frustrations. Angsty political memes are so 2017. (Happy New Year! I wrote a "peace, joy, and love" blog yesterday, so I'm totally allowed to say goodbye to 2017 with fond hopes for the dethroning of soulless monsters.)

Bow low, oh, unholy city. Arise, she comes, your tres shitty Mistress of Mediocrity, as lovely as a candle made of earwax, a wad of used Kleenex, a letter penned in the elegant language of lug nuts. As dazzling as a dirty sock, she rawks an intellect rivaling that of a brain damaged slug. She bugged your iPhones and hijacked your brains, trained you 2 luv the path of least resistance.

And behold, the spirit animal of the kool kids resembled reanimated road kill, and her creed was greed. She dusted off lust, gave birth to logos. Catch phrases flashed in her eyes.

Just do it.
You deserve a break today.
State Farm is there.
We care.
Join the family!(Memberships available for just $79.99, your soul, and a hole in the ozone! Taxes, titles, and licenses not included. VIP section extra.)

Talent does what it can, self-assigned genius does what it must, and Lady Un-Liberty's only imperatives were banality, conformity, insanity, and money-money-money at any price. They don't call her the anti-Christ for nothing.

And lo, Hagseed waddled on cheap linoleum, and her bargain basement disciples were astonished. "What manner of woman is this," they said, "that she can verily walk on the floor?" And thus, they followed her.

Behold, Our Unsacred Empress of Snot Rockets gave birth to an off brand corporate beast, and it gobbled up the world. (Got milk?)

In an effort to stave off the second coming, she dug her own grave. Woe to us! Who will save our sagging antiheroine, preserve her listless legacy?

Don your art smock and paint this now: a sold out and slaughtered sacred cow, a throne grown from the bones of voiceless victims, our unholy un-goddess's sixteen chins (tastefully shrouded in scarves), zombie armies marching to goosestep hymns, a retinue of green haired ogresses, a backdrop of melting celluloid dreams. Th-th-that's all folks! All her scheming has come to this clever-less anticlimax.

Whatever, man. After years of this shit, who gives a damn? Get it over with. Shut her up already. Crown her queen of the piss ants.

But wait! Plot twist! What's this?

Retrospectively, we all see that in this case, "queen" was just a synonym for "impostor." And "I got my name on the kool kid roster," was just another way to say "I sold my spine for $9.99, a family of swine, and a pic with a D-level celebrity."

And verily, Our Much Aggrieved Damsel of Damnation descended, shrieking, to the trailer park prepared for her from the foundation of the world, and her much mullet-ed disciples returned, with great weeping and gnashing of teeth, to their Chia Pets. Had their deeds not been recorded in the words of this book, they would have been instantly forgotten.

It so is! We poets need it like we need air.

Why does this sound so much like my life?

Ugh. That sounds rough. I'm sorry. Not my happiest poem ever. . .

Meh. It happens. And no one said poems needed to be happy.

Congratulations! This post has been upvoted from the communal account, @minnowsupport, by shawnamawna from the Minnow Support Project. It's a witness project run by aggroed, ausbitbank, teamsteem, theprophet0, someguy123, neoxian, followbtcnews/crimsonclad, and netuoso. The goal is to help Steemit grow by supporting Minnows and creating a social network. Please find us in the Peace, Abundance, and Liberty Network (PALnet) Discord Channel. It's a completely public and open space to all members of the Steemit community who voluntarily choose to be there.