Reminder: Jeffrey Epstein was illegally protected from charges of child sex trafficking. Here are the facts. 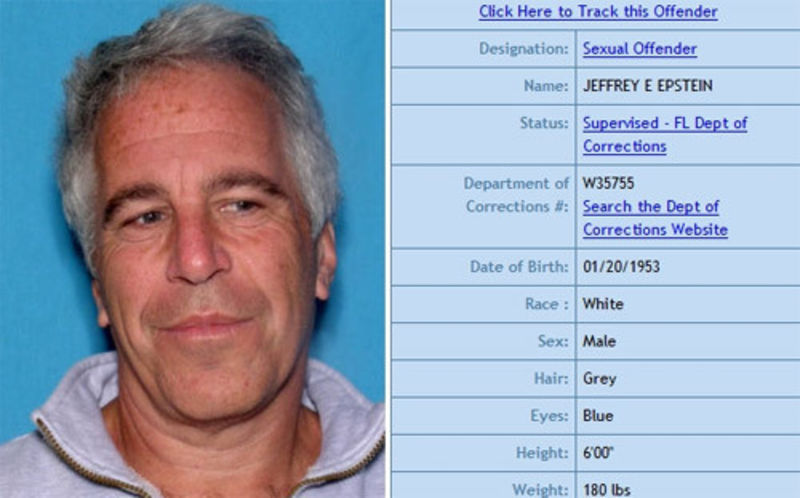 Jeffrey Epstein has one of the most linked-to pages on the entire Pizzagate Wiki and that means something. This weekend I hope to shed some light on this dark corner of justice in the United States, but first I want to share some important notes and reference material with the beloved blockchain and Steemit community.

I. Jeffrey Epstein was only charged with one count of solicitation of prostitution from a minor.

II. Sex trafficking in the United States is a federal crime not subject to the Statute of Limitations with a minimum of 20 years sentence. It is defined as thus:

Sex trafficking is the recruitment, harboring, transportation, provision, obtaining, patronizing, or soliciting of a person for the purposes of a commercial sex act, in which the commercial sex act is induced by force, fraud, or coercion, or in which the person induced to perform such an act has not attained 18 years of age (22 USC § 7102).

III. The Non-Prosecution Agreement which Epstein signed for his sentence was illegal under the Criminal Victims Rights Act.(1)

IV. Jeffrey Epstein voided this already-illegal NPA by continuing his abusive behavior of minors after he signed the agreement. (Testimony of Jane Doe 43)

V. Jeffrey Epstein's attorney and one of the main "debunkers" of the victim's claims, Alan Dershowitz, is among the protected co-conspirators and named abusers in several victim testimonies.(2)

VI. Jeffrey Epstein bragged to people close to him about purchasing Nadia Marcinkova, one of the other protected co-conspirators, from Yugoslavia when she was just 15.(3)

VII. It is unprecedented in American history that co-conspirators are included in a single non-prosecution agreement in addition to them being completely anonymous.(4)

VIII. Jeffrey Epstein is the self-proclaimed founder of the Clinton Global Initiative, a recently-closed, yet fundamental part of the Clinton Foundation.(5)

X. Jeffrey Epstein has around 40 known victims, with the youngest being two 12 year old girls which he had flown in from France.(7)

Here's his ever-growing page on the Pizzagate Wiki: http://pizzagate.wiki/Jeffrey_Epstein

Great work, once again, RS, thanks. Have you read the expose that James Patterson wrote about Epstein: FILTHY RICH? Resteemed your post. Upvoted. @dakini5d

That I did! It's excellent but my opinion is that more research like it needs to be more publicly available. Gotta love the blockchain!

I agree. I think that they are neighbors gave the book a particular edge. You know Patterson thinks he is total scum. Crowd-source the evidence!

NICE ONCE HAS MY VOTE PLEASE MY VOTE

shows how caring people are what a sweet guy

This puts me in mind of the American patriot that said "America has the best legal system money can buy."

Also, I think this is what they mean by 'criminal justice'.

Rebelskum (Ryan Zimmerman) his last activity i can find is on here. His pizzagate wiki site has been taken down and at least two of his other sites. His youtube channel, the good fight podcast, and twitter account are dormant. There has been chatter on various blogs but they have nothing, it's a mystery.