Satanists vs Setians At The Presidio #pedogate

Much attention has been paid to Dr Michael Aquino, former #2 at the Church of Satan under Anton Szandor LaVey, who was stationed at the Presidio SF in the 1980's around the time allegations of Satanic Ritual Abuse came out from children attending the Day Care Center on the military base.

As far as the Internets are concerned, he's guilty of any and all charges, a monster along the lines of Jimmy Saville. I have researched Aquino very thoroughly, and believe it is very strange the way he is singled out as a lightning rod for anti-Satanic sentiments online - even though he is not a Satanist. Does the evidence support the witch-hunt? Could we be hunting the wrong witch?

Aquino left the Church of Satan in 1975, starting the Temple of Set after he had a vision on a beach in Santa Barbara from the same spirit that came to Aleister Crowley as Aiwass. A vision from god or an angel is the classic way to start one's own religion, and presumably a spirit linked to Crowley gave him some counter-culture cred.

It would make sense to assume that most of the Satanists at the Presidio in 1975 were still Satanists at the Presidio after the Temple of Set began. Wikipedia estimates 200-500 members of the Temple of Set today, estimates for Church of Satan membership are above 20,000.
http://abcnews.go.com/US/detroit-largest-satanist-temple-chapter-us/story?id=32714083
https://en.wikipedia.org/wiki/Temple_of_Set

So why was it only ever Aquino that was scapegoated? It is almost like he was asking for it, with his distinctive eyebrows and hair. Why did he never point the finger at the many Satanists at the Presidio? The master of MindWar never thought to use the media spotlight from the Satanic Panic to promote the differences with the Temple of Set - instead he seemed content to become the public front man for Satanism, appearing on Oprah as a Satanic Priest in February 1988.

So far as I can tell, there has never been an investigation of Jim Channon - but there should be. Both men were mentioned in Constance Cumbey's newsletter New Age Monitor Vol.1 No. 2 June 1986. This is just before the scandals at the Presidio first emerged. Cumbey's book The Hidden Dangers of the Rainbow exposes the similarities between the SRI/Esalen-spawned New Age Movement and the Nazis. Aquino quite openly identifies with Nazism, and the New Age Monitor described in some detail a ritual he performed at Wewelsburg Castle in the black magic chamber of Heinrich Himmler, leader of the SS. Jim Channon quite openly identifies as a New Age Shaman. 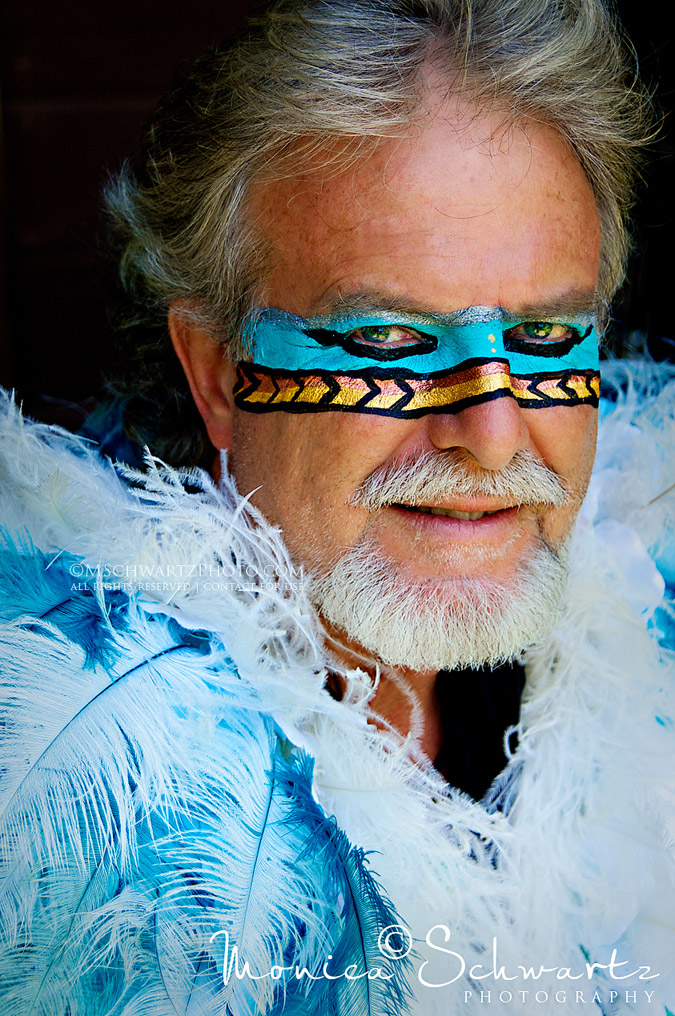 Like Aquino, Channon was also a Lieutenant Colonel in the US Army, and both were connected to the Esalen Institute, a counter-culture base started by ex-military guys and associated with Aldous Huxley and Stanford University.

Jim Channon now lives in a free-love community in North Kohala, Hawaii with 17 people "all single". There appear to be minors living there also. Child pornography has been detected on the servers Jim Channon's web sites run on, over a period of years. 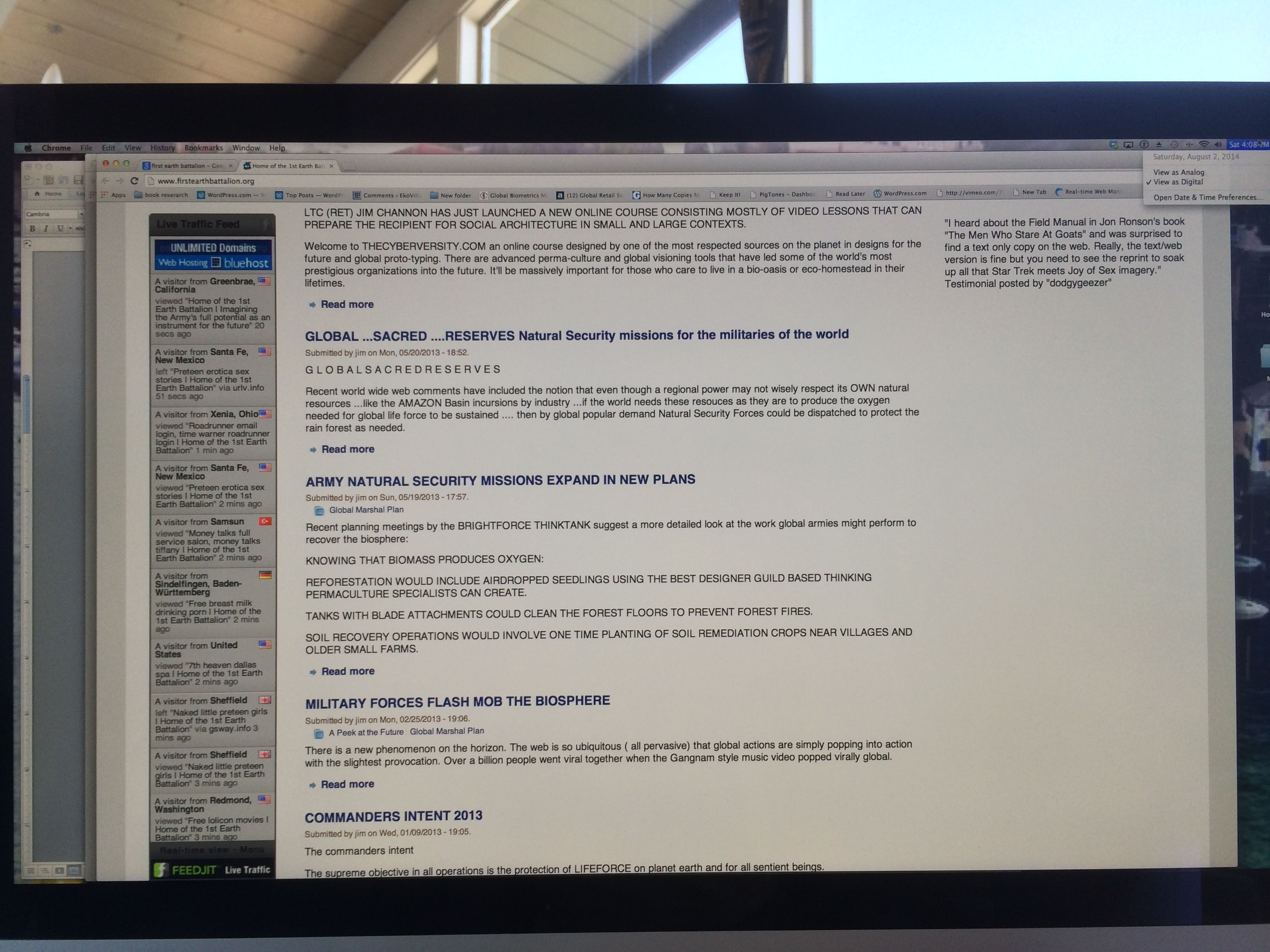 Here is a closeup screenshot of the sidebar, featuring such content as "pre-teen girls posing nude"

Channon claims to have been the originator of the concept and characters for the "Captain Planet" children's TV show, produced by Ted Turner and Barbara Pyle. https://www.facebook.com/Jimchannon/posts/10153404775723072

This show featured many cameo appearances from famous actors, and was one of the most watched children's television shows in the early 1990's. Channon's "Duke Nukem" character became a popular videogame. https://en.wikipedia.org/wiki/Captain_Planet_and_the_Planeteers

Ted Turner's son and daughter are today on the board of the Captain Planet Foundation, which survived a merger between AOL and TimeWarner. They have impacted more than 10 million kids and funded 1915 educational projects. Prince Charles and Prince Harry of Great Britain are mentioned on their web site front page. http://www.captainplanetfoundation.org/

Why has nobody ever looked into Aquino's peer (and possibly rival) Jim Channon, or the many Church of Satan members at the Presidio? If you believe the accounts of abuse that have surfaced from the children, there was more than one person involved. Teacher Gary Hambright, accused of molesting ten children, said as much during one of his aborted trials "why are you only going after me?"

At least 4 of the children who reported abuse were found to have chlamydia, a sexually transmitted disease. http://www.nytimes.com/1987/11/16/us/army-will-close-child-care-center.html
Hambright did not have chlamydia, but he died of AIDS in 1989. http://stopbaptistpredators.org/article/gary_hambright.html
None of the children from the Presidio Daycare Center tested positive for AIDS. 30 years later, none of the victims have ever come forward to tell their stories as adults.

There is definite evidence of Satanic activity in the bunkers around the Presidio. Both the Church of Satan and Burning Man sprung up next to the Presidio. 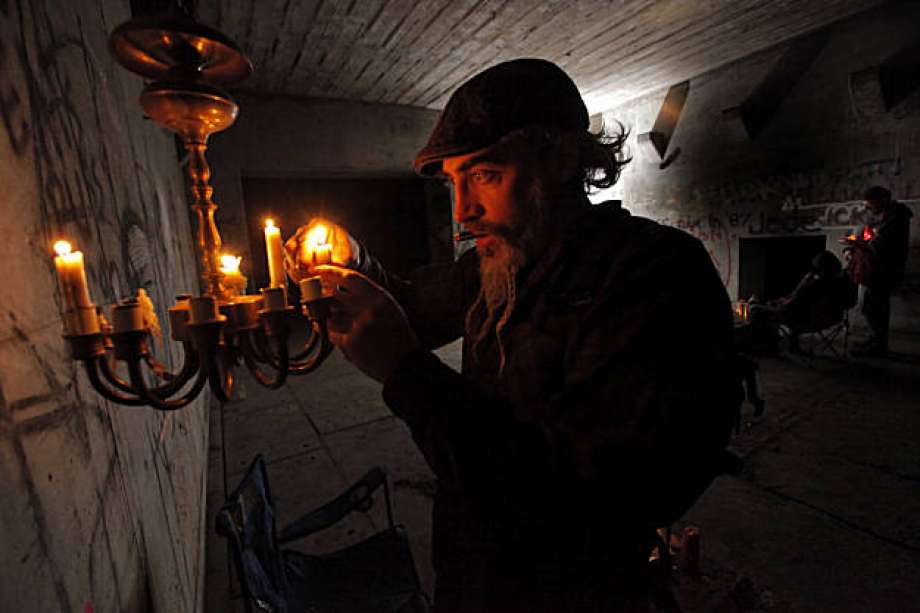 I filed FOIA requests for the military records of both LTC Michael Aquino and LTC James Channon. Both Jim Channon and Michael Aquino were stationed in the Los Angeles area in the 70's, Aquino 1972-79 as 306th Psyop, Channon 1978-81 as a public affairs officer. Channon retired from the Army in 1982 and became a consultant. Clients include Eastman-Kodak, Dupont, General Motors, AT & T, Sprint, US Army, Royal Dutch Shell, Esalen, Dallas Cowboys, the White House. http://arcturus.org/clients.html

The McMartin Preschool abuse in Los Angeles was reported in August 1983. Aquino had been stationed at the Presidio for many years by then, Channon's whereabouts at that time are unknown.

Aquino's record supports his defense that he was at the National Defense University in Washington D.C. between July 86-87, a period when most of the child abuse claims were made. If he wasn't in San Francisco, then who was abusing these kids at the Presidio? When the Army Community Services Building burned down on the Equinox, September 22 1987, destroying some records, the Army deemed it an accident. 3 weeks later, the Daycare Center itself burned down too. The Bureau of Alcohol, Tobacco and Firearms determined that both events were arson. Aquino was back studying in Washington D.C. at the time of both events. Who did the arson?

Michael Aquino has been accused publicly by investigator Ed Opperman of being connected to the Satanic murders at Fort Bragg, North Carolina of Jeffrey MacDonald's family, on Feb 10 1970. This does not seem to be possible: Aquino's records show him stationed in Vietnam on a 12 month tour from June 22, 1969 until June 17, 1970.

Another claim that is frequently made about Aquino is that he is linked to Offutt Air Force Base in Bellevue, Nebraska. Again, this is not supported in his record - remember, he was in the Army. When he joined the newly formed Space Intelligence group, he was stationed in Colorado Springs. Offutt is the home of the Strategic Air Command, so it is conceivable that he traveled there in secret for his Space Intelligence role - but not until the early 90's. His other movements between bases are recorded on his record.

Out of tens of thousands of Satanists in the world, why is it only Michael Aquino - who left the Church of Satan - that keeps getting targeted by the online community? David Shurter, Douglas Dietrich, Cathy O'Brien, Paul Bonacci, Noreen Gosch, Rusty Nelson - all claim personal knowledge of Aquino's guilt as a child molester. If all those people say he's guilty, then he must be guilty, right? That's not how it works; we need evidence from credible sources. Dig down into the specifics of the claims, and who these people are. Do they really have first-hand knowledge, or is their testimony hearsay? Are they upstanding members of the community, or low-grade criminals? Are these people earning a living from these claims?

Many have changed their statements or made contradictory claims over the years. Some of them have been thoroughly debunked: https://burners.me/2016/07/09/debunking-douglas-dietrich/

Paul Bonacci in 1989 seems to be reading from a script. Like Dietrich he can't pronounce A-quee-no's name properly.

A government sponsored program to usher in the Anti-Christ? Perhaps there was such a thing. Is there any evidence, other than this convicted child molester who first made his accusations from prison, and is making his deposition under multiple personalities, some of which doubt the reliability of the accounts of the other ones?
http://www.dysgenics.com/2014/04/10/children-murdered-molested-raped-by-ritual-abuse-victim-claimants-advocates/
https://www.reddit.com/r/UnresolvedMysteries/comments/4mlh57/what_happened_to_paul_bonacci/

There were most certainly monstrous people working for the government mind-controlling and torturing civilians and even children under the MKULTRA program. They all had backgrounds in psychiatry, medicine, or anthropology; not political science and investment banking like Michael Aquino.

Meanwhile Aquino's only son Dorian says he's definitely not a child molester, and Anton LaVey's daughter Zeena wrote a conciliatory letter to Aquino in which she called her own father a monster.
http://exposinginfragard.blogspot.co.nz/2014/02/the-case-against-michael-aquino-satanic.html?showComment=1436934687876#c3592571527831549283
http://www.skepticfiles.org/mys5/zeena.htm

There have definitely been strange and suspicious deaths around the Church of Satan, such as the near-beheading of Jayne Mansfield after her boyfriend was cursed by Anton LaVey. https://www.goodfight.org/jayne-mansfield/

Other Satanic churches like Scientology offshoot the Process Church of Final Judgement have been linked to ritualized murders and serial killers: http://visupview.blogspot.co.nz/2013/05/the-process-strange-and-terrible.html

Michael Aquino was thoroughly investigated by the military and the SFPD. A high level team at the Pentagon was out to get him. You think if there was any truth to the allegations, they wouldn't have found something? Aquino was able to retain the highest level security clearances for many years after the accusations, and received commendations from the military. His role in Space Intelligence would most likely have subjected him to drug and lie detector tests. Perhaps his accusers should agree to the same.

Aquino himself said in 2015:
"I've never been involed with any criminal gangs, conspiracies, or plots generally. Throughout my career I held compartmented security clearances above Top Secret, some of whose names were themselves classified. For such clearances the Defense Investigative Service examines your life with a microscope, and anything DIS doesn't like toasts you, plain and simple. I retained these clearances right up to my request for retirement"
http://exposinginfragard.blogspot.co.nz/2014/02/the-case-against-michael-aquino-satanic.html?showComment=1421029880310#c2216553822299202634

The Satanic element in murders and ritualized abuse keep re-occurring, but according to Aquino no member of the Temple of Set has ever been found to be involved in such crimes. The religion is 42 years old this year, whether you like Aquino or not his cult has a much cleaner track record than most other religions can claim. http://www.dailymail.co.uk/news/article-4194452/Catholic-church-reveals-7pct-priests-accused-abusers.html

Satanism seems to be growing and getting stronger in our society. The child abuse at West Point, the Presidio, and the McMartin Daycare center (yes, they found the tunnels) was never solved. Satanism has only become larger and more out in the open since those times; now we have After School Satan programs. Satanic Ritual Abuse is still occurring, and child sex trafficking is one of the biggest problems in the world. Does it all come from this one guy and his Setian Temple with a few hundred followers? While we focus our anger and hatred and blame on him, there are many Satanic criminals walking free and multiplying.

Congratulations @kingzos! You have completed some achievement on Steemit and have been rewarded with new badge(s) :