Astrophotography: How I Take My Night Sky Photos 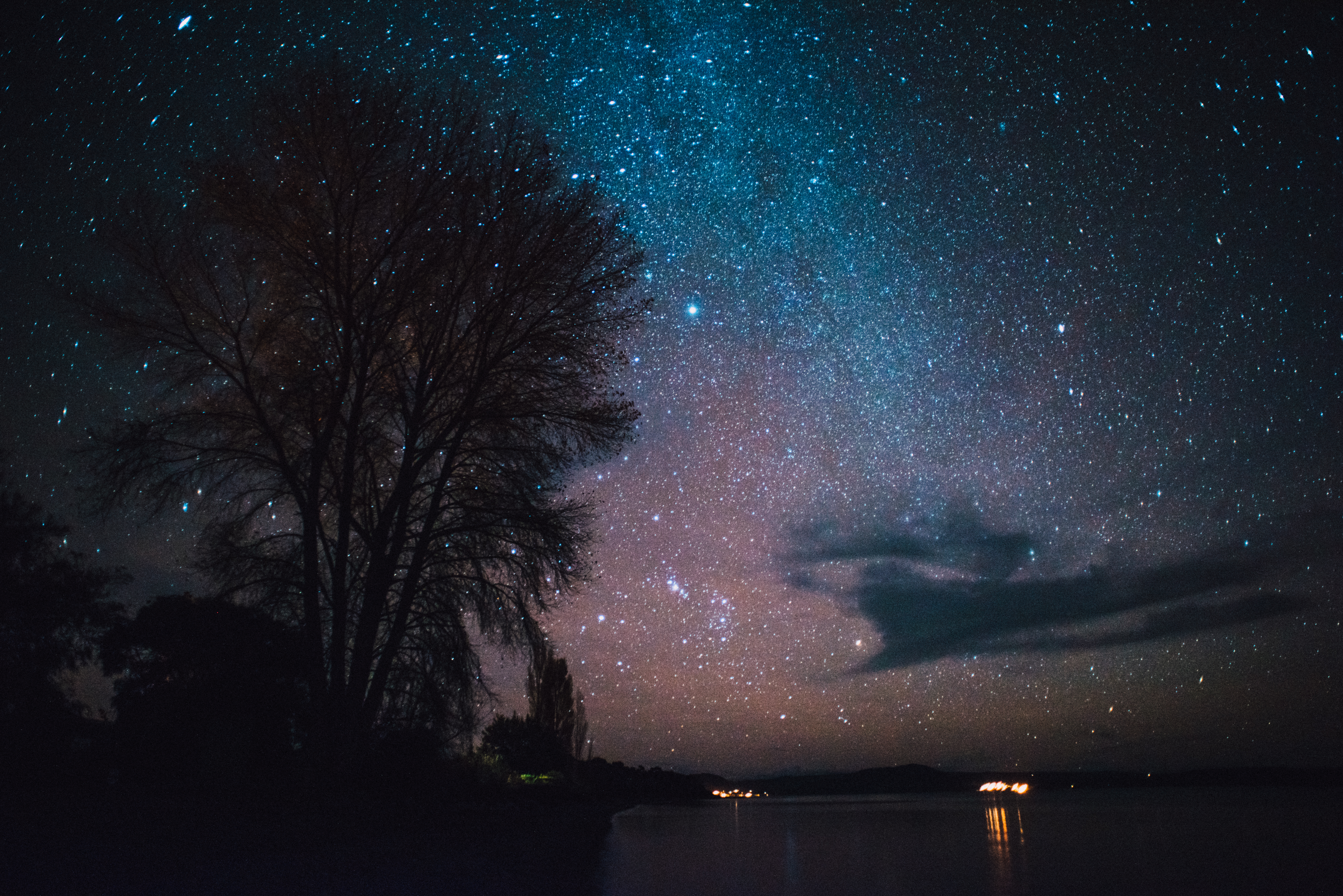 First off, let's get gear out of the way. all you need is a camera that you can set to full manual control and shoots RAW, a sturdy tripod, a good lens, a cable shutter release, and finally, an editing software that can handle RAW files.
Personally, I use a Nikon D810 full-frame DSLR with my go-to lens being a Nikkor 20mm F2 lens. I use a MeFoto tripod and do colour corrections in Adobe Lightroom. Some other things you won't want to forget are some torches and high visibility clothing, it's going to be dark out there and you want to be able to see where you're going.

It's all about location. Obviously you can't go about in the middle of a city shooting night skies and expecting to see stars. you need a really dark sky with little to no light pollution. In the image above, near the bottom of the photo, you can see some orange glow from a small nearby town. Other than this small town there were no other light sources in the location of this shot. 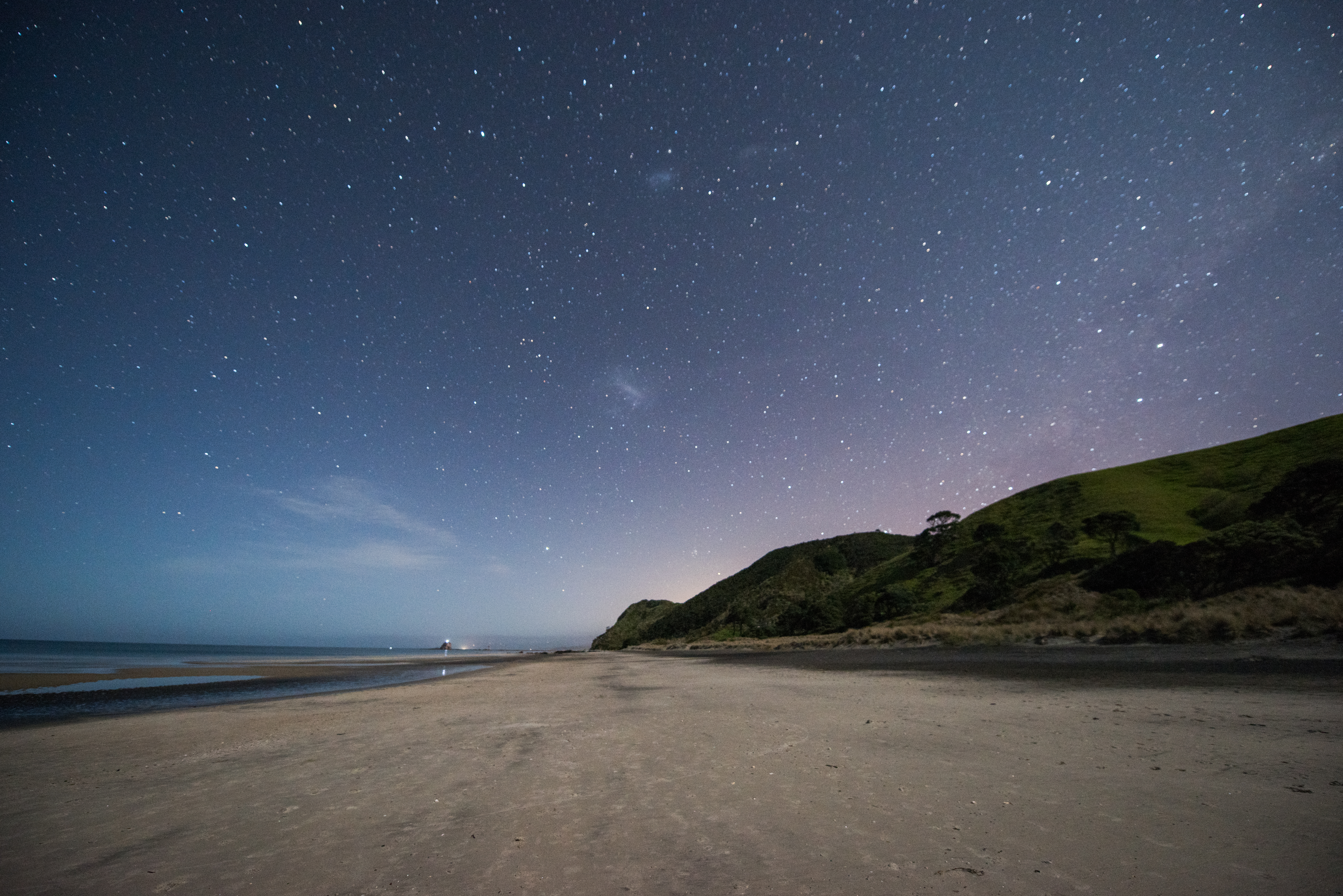 It's difficult to frame night shots when you can barely see anything. That's why I recommend using your cameras electronic live view or electronic viewfinder to frame your shots. you would be surprised at how much it will allow you to see in the dark compared to your naked eye. Figure out your composition, find a good balance of starry sky to landscape. While it may look cool to just have a frame of just stars, framing your shot with some landscape elements can really add a lot more to an image.

Despite most long exposure photography requiring pretty high aperture numbers of over F10 etc. For stars, you're going to want to set your aperture number to pretty low, maybe even as low as your lens will go. This is important because you're going to need to let in as much light as you can, within the space of a 20-second exposure. Why 20 seconds? Because of the rotation of the earth. When you expose for too long, you will actually be able to capture the movement of the earth. The stars will start to form lines, called star trails, and star trail photography is another thing. But we're trying to capture just static starry skies. So once you have framed your shot, I would recommend setting your shutter speed to 20 seconds, and your aperture to the lowest number your lens can go. From there, depending on how your images come out, you can use your ISO to compensate. But try to keep your aperture numbers low, and your shutter speed under 20-seconds for the best results. For focus, since the stars are pretty far away, you can set your lens to infinity focus. (there should be an infinity symbol on the focus ring of your lens) Make sure you are using a cable release when taking your photos to avoid camera shake. If you do not have a cable release, setting a short timer on your camera also works.
MAKE SURE YOU DONT TOUCH YOUR CAMERA WHILE IT'S TAKING A PHOTO 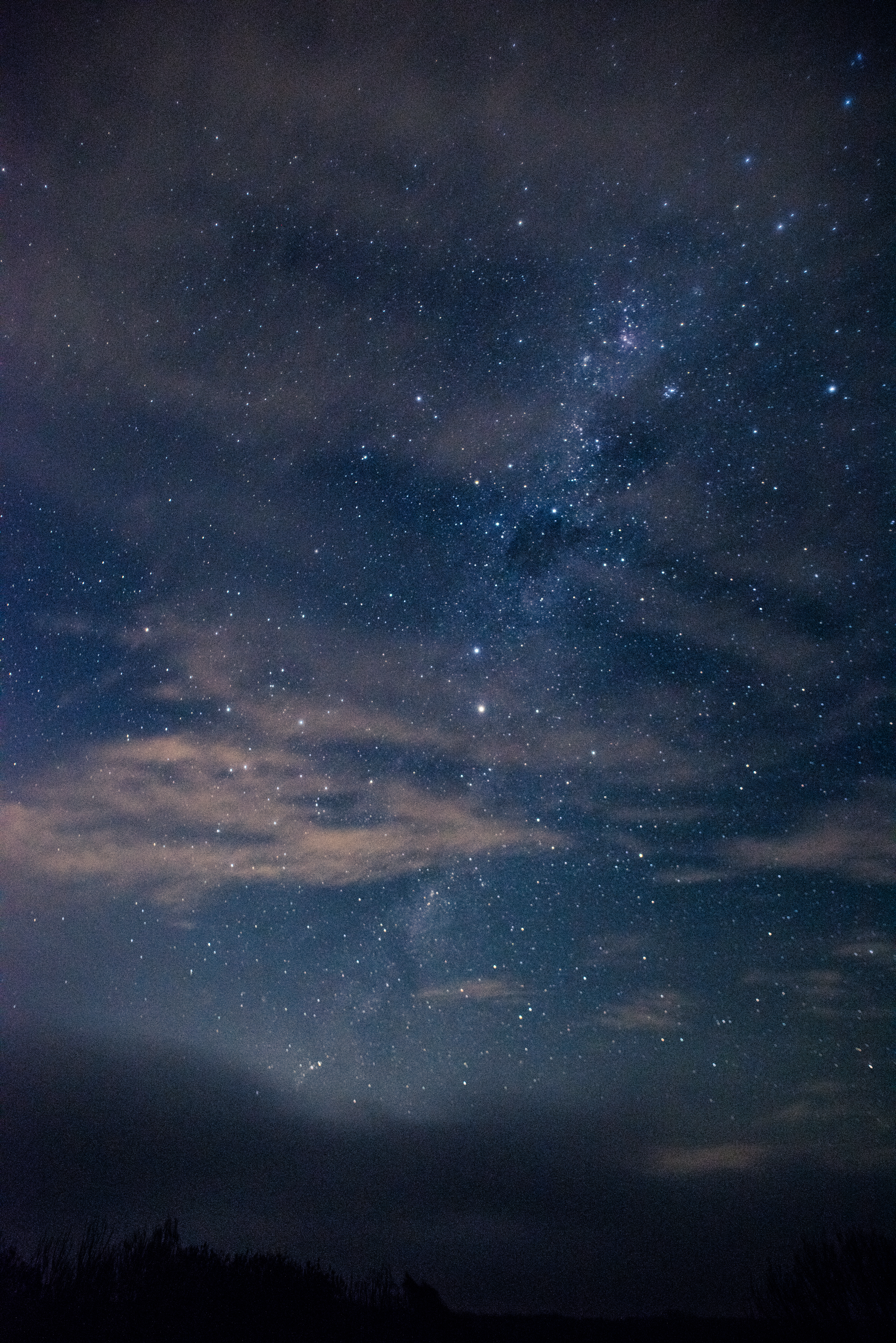 Straight out of your camera, you might not be able to see much in terms of stars, but if you shot in RAW your camera would've captured a lot more than you would've expected. After importing your photos into your editing software, really play around with raising your exposure, adding contrast and playing around with the hues. Get creative, you will be surprised at the amount of detail you can pull out of a RAW file. When I took every one of the photos in this post, I was blown away every time by the amount of smaller stars that appeared just from raising the exposure of the image in editing software.

But most importantly, HAVE FUN. It took me a few tries and trips out into the darkness to be able to get shots like these. But even if you don't manage to get the shot, you still had an amazing time staring at the stars :)

Feel free to ask any questions in the comments and I will try my best to answer what i can.

Wow! Nice shots, these kind of shots are the one I am struggling to, thanks for the tips! 😊👍

Thank you :) with some practice, you'll find that its actually not that hard! the hardest part is finding your way in the darkness.

And I think the right location haha seems can't find a location near me with that kind of light 😄I like your first and last photo, the colored blue sea like, its really wonderful!

good guide! framing is really a bitch at night, totally agree haha
i love how the sky has a totally different colour palette depending on where you are.
mine was totally orange here, in Burma
https://steemit.com/longexposurephotography/@mattepalla/let-me-take-you-above-the-clouds

thank you :) i find a lot of people think that astrophotography requires special equipment, but it really doesnt. anyone can do it

Great tutorial, I recently got the Rokinon 14mm lense so can't wait to try it out next new moon. Hopefully i get some good shots!

awesome! gotta be careful with the moon however. it gives off a lot more light than any of the stars in the sky and can drown out a lot of stars.

Oh my, you are truly talented! Just speechless. Thank you so much for sharing this information, the photos and most importantly, your talent!

thank you very much for the kind words :)

Congratulations @sheldrick5, this post is the second most rewarded post (based on pending payouts) in the last 12 hours written by a Newbie account holder (accounts that hold between 0.01 and 0.1 Mega Vests). The total number of posts by newbie account holders during this period was 4159 and the total pending payments to posts in this category was $3999.01. To see the full list of highest paid posts across all accounts categories, click here.

Wow!!! AWESOME!!! How could you capture beautiful shots like these?? Are you professional photographer??👍

thank you ^.^ im not professional, but ive been doing it a long time :)

Thanks for the guide. Nice shots. Keep it up.

These are great shots, always looking for tips for improvement! Thank you for sharing

Very nice detailed description. Even if you know everything already, these kinds of blogs have always some detail you can learn from! Thanks

you can never stop learning :)

MANNN this is good!! Maybe i should try some astrophotography too

Do it! the results are definitely worth the effort