7 days without a cock, cock!

nomansanny (29)in #photography • 3 years ago 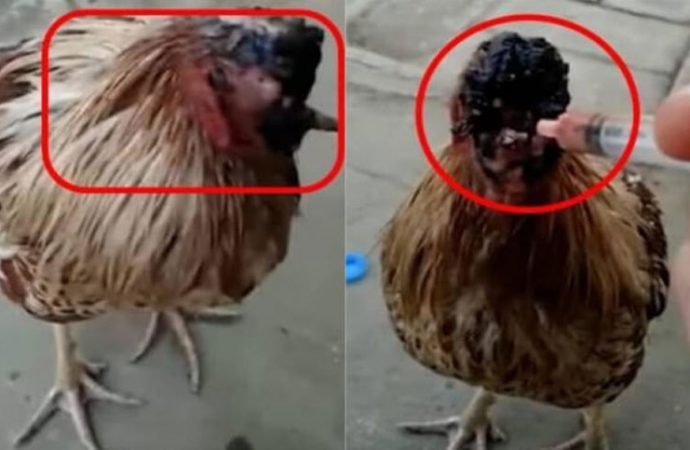 The strange story of Miyuan Rachaburi district in Rachaburi province of Thailand is now creating a social uplift. According to the news published in the news, a cocked head has survived for 7 days.

The monks of a Buddhist temple in the area are looking after a rook - such video clips are now viral. The video shows that the rooster is fed with syringes. This video has so far seen five million times.

Thai Media News reported that where the rooster is found, then the nearest pagodor monks of that place took the animals to their shelter. Now they are doing watch.

A user named Noppong Thittano is the first person to talk about the rooster. Then local veterinarian Borakaran Sriraj arranged medical treatment for a donkey by collecting money from the people. Another doctor named Supakari Arun Thang gave food to the first rook by syringes. He also gave antibiotics to the same procedure. The female physician said that the life span was left. She wanted to live and we ate and drank her and looked after her.

According to them, this rooster is a good fighter. It is not sure whether the animal has been able to survive it or not, locals believe that any other bird or animal survives from deadly attacks. The video shows that a part of the cock's head was torn apart. It may be that the head or part of the brain remains with the body, ie with the upper part of the throat.

Previously half a half years survived without a cock!
Generally, bloody and ruthless, horrific murders have been said - the man who died as a slaughtered cock had died in a stroke. Or, in the description of helpless conditions in front of the boss, some people in literary language say - My situation is so awful! The heart inside the chest is bouncing like a rooster ... but in 1945 a cock was not killed even after the head was cut off near the city of Colorado in the city of Froita. After cutting his head, the wings did not move upstairs, and Ritomas stood in the 'smart' posture. It is not the end here - in that state the animal was about a year and a half alive. This strange cock was later known as 'Mirakal Mike' around the world.

On September 10, 1945, Lloyd Olson and Clara, a farmer in the far off the city of Frida, slaughtered almost half a cock. But one of these cocks did not die as long as the others were slaughtered like this. Strange behavior Even after cutting the dome, it stood still. It started moving naturally. Not just walking - the cock started to run.

Meal businessman Olsen began to take 'Mirakal Mike' to different exhibitions. First taken at Salt Lake City and Utah University. The researchers began experimenting with various experiments. Several more cocks are slaughtered in the mystery of the surviving cock of the head cut-throat - but some people say it rumors too.

However, researchers at Newcastle University said in the context that when a cock is slaughtered, there may be some oxygen deposits in the spinal cord circuit for some time. Such circuits can work in addition to any input from the brain. So, cutting the head, the neurons of the brain become active and the feet of the bird begin to move. But Mike's case is very rare. Spinal cord circuits can run for a while after slaughtering cock or cock on being oxygen, and it can last up to 15 minutes. But one and a half years!

Mike was fed food like this cock of Thailand. Olson knew that the mouth, ears and eyes were full of dandruff, and the syringes were often used to clean the throat.

Regarding survival of the embryo rooster, researcher Tom Schuldars said, "If a person's head is cut, the brain becomes completely disabled, but in the case of the cock, it is different. The front of the head of this land is very small. There are more brains behind the eyes and head of the skull. According to Olsen, Mike's cheek, face, and eyes were separated from the thump. But 80 percent of the brain can be saved. That is why his body, heart breathing, hunger and other biological issues started in the normal process. Many later tried to create a non-monster cock like a mike. Although the news of the success was not known.

But the cocktail that has so much to do with Thailand, according to the latest news, locals believe that there is a violent animal or bird attack. Because, as if the cock is slaughtered with a sharp knife or is cut off, it does not look like it. Rather, it seems that any other animal wanted to make it a victim. In some parts of the head 'fateful', they were saved.