My Exchange #17 - Climbing up to the top of Moro Rock, my favorite view in California!

When people talk about Sequoia National Park in California they often mention the huge sequoia trees, some of the biggest trees in the world. But there is another gem in Sequoia National Park that you should definitely not miss if you are visiting the area. The gem is called Moro Rock and it is a huge dome rock formation that is rising up from a forest of giant trees. The climb up to the top reveals a gorgeous view of snowy mountains on one side and endless hills and valleys on the other side. Do not miss the video of the panoramic view from the top of the rock at the end of this post!

We stopped on the way up to Sequoia National Park to have a look at the view and rest. The roads up the mountain are very curvy but our 1997 Dodge Van made it up without any trouble. The following two pictures show the view of Moro Rock from beneath, as we saw it on the way up. We also already had a glimpse of the view of the hills and the valleys and the snowy mountains, but nothing compared to what we were to see once we got to the top of the rock! 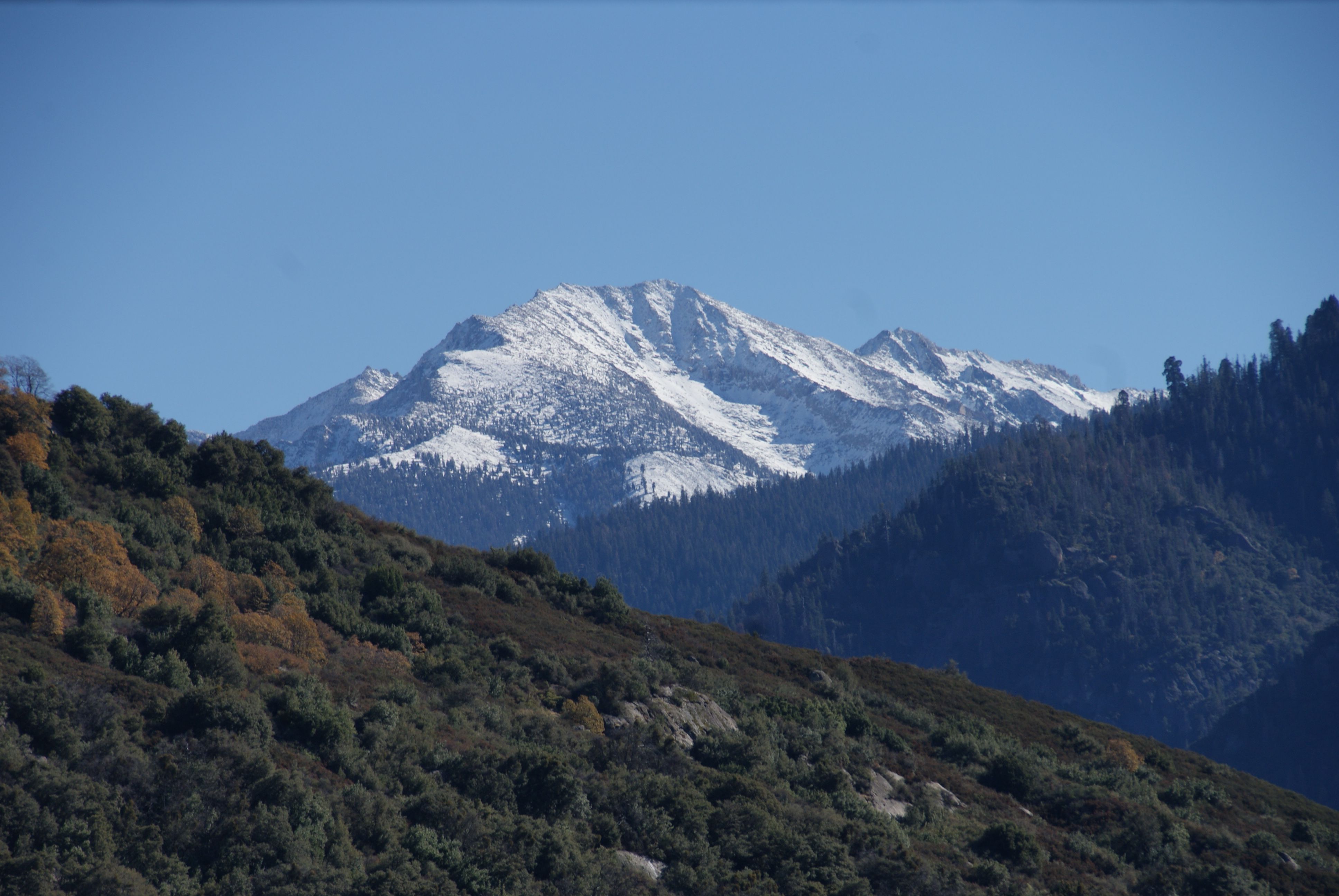 This is how close one can get to Moro Rock by car (as long as it is not snowing and the roads are open), as you can see it is not a long hike. If you look carefully you can see the people walking up the side of the rock!

The stairway does get a little steep and narrow at times so getting up and down can be a bit tricky on busier days, but there are several spots where one can rest and enjoy the view on the way! This next picture is taken about half way up, this was actually my favorite part of the climb up! There was a nice little area where I could sit down and just enjoy the view. Is it not gorgeous? If you click on the picture you can see a dtube video of what it looked like to walk up on that rock and see the view on the other side! If you look carefully you can also see the road that leads to Moro Rock winding up the side of the mountain. Some of the first pictures are taken from that curve in the lower left corner of the next picture!

Here is the view from the top of the rock! It was such a contrast with the snow and then the almost blue hills on the other side. This is still my favorite place with a view in California, and I cannot wait to go there again soon! 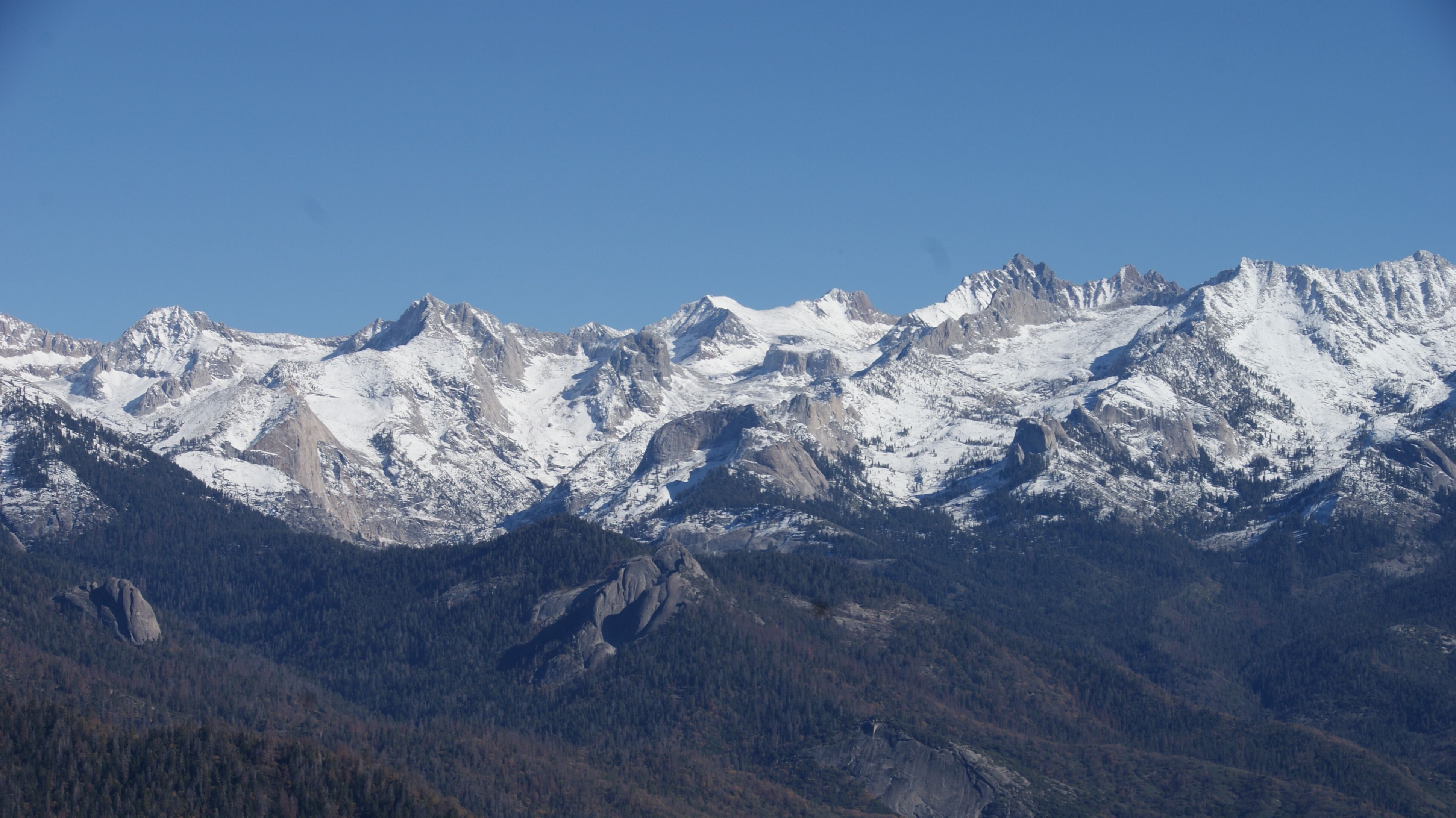 And finally click the picture for a Dtube video with a panoramic view from the top of Moro Rock! Enjoy! This was the first part of my nine day road trip I did together with some friends over Thanksgiving break. In the next part I will show you the Sequoia trees,
some of the largest trees on the planet!
Thank you for checking in!
mialinnea
#nature #life #travel #blog
3 years ago in #photography by mialinnea (57)
$10.02
14 votes
Reply 7

How come psychology student ends up studying acting in Cali? Sounds like a cool life change!

I always wanted to study acting, and I wanted to do an exchange. So I figured out a way to do a one year exchange from my psychology program to a acting program in California 😊 It's been a huge but really cool life change and I've learned so much!

Sounds interesting. Never heard of the opportunity to basically change your main subject while exchange. I'm studying special education myself but might have tried to do the same thing (try something else, arts maybe since I'm interested in that) if I knew it's possible! Glad that you've enjoyed it all and apparently it's still going on so hopefully the rest of your exchange is even better. Where are you from by the way? Just wondering if there's a chance that we have met since I'm studying in JYU where education and psychology belong to the same faculty..

Most people study their own subject on the exchanges, I don't think it's encouraged to do a different subject and for some subjects it's not possible. In psychology we have 50 units where we can choose whichever classes we want to take so that's why I was able to study another subject! I'm from Porvoo but I study psychology in Turku :)

I guess I'm just not enpght familiar with the course options we have. Lucky you for realising that chance!
Ah, Turku is a nice city :)