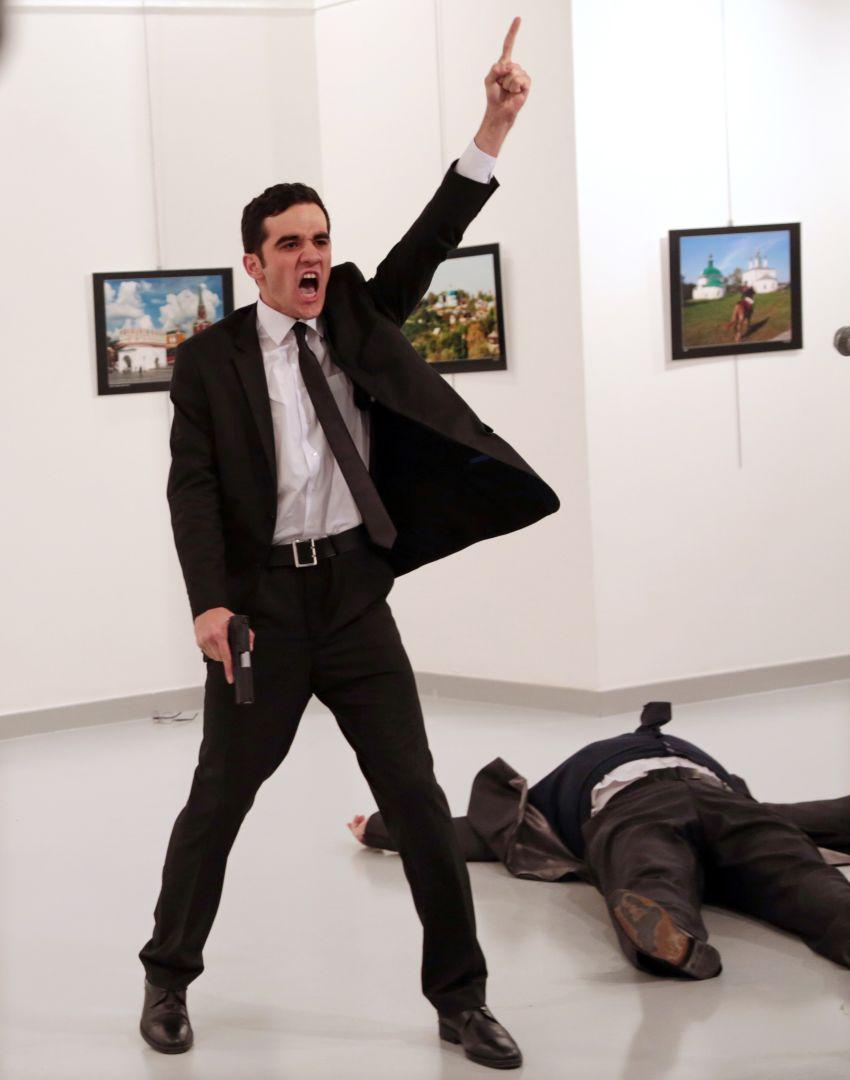 Russian ambassador Andrey Karlov was assassinated by an off-duty Turkish police officer, Mevlüt Mert Altıntaş, while he was speaking at an art gallery in Ankara, Turkey, on 19 December. Altintas shouted “Allahu akbar” (God is great) and later said in Turkish: “Don’t forget Aleppo. Don’t forget Syria.” He was killed in a shootout after Turkish Special Forces arrived at the gallery. Russia and Turkey supported opposing sides in the Syrian civil war, with Russia backing forces loyal to the Syrian government and Turkey supporting certain rebel groups. In the months prior to the attack, relations between the two countries had developed into a strategic partnership, with each curbing their support in their own strategic interest. Burhan Ozbilici
2017 · An Assassination in Turkey

Congratulations @infoa2z! You have completed some achievement on Steemit and have been rewarded with new badge(s) :

how is ISIS... what her is muslim? why her dont attack israel?