Ever Wonder How Wind Turbine Blades Get Where They Need to Go? Now You'll Know.

haveyouvisited (47)in #photography • 3 years ago (edited)

Not that anyone has actually ever wondered such a thing, but even if you had never wondered, well, you'll know now after reading this. We were traveling through Scotland to a tiny seaside village called Kyle of Localsh. While you probably have never heard of it, not only is it famous for it's interesting weather that allows it to grow palm trees up in the north of Scotland, but it's the end of the road for one of the Great Railway Journeys BBC Television Series that starts from Inverness, Scotland (whiskey central)., which of course we had to take since it was famous and we had the opportunity to do so. 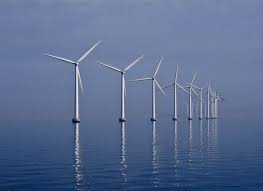 One thing that Kyle of Localsh is not famous for is for it's transport of wind turbine blades. You know, those electricity generating fans that are often placed out in the ocean. Well, they have to get transported out to sea by something, and that something is first by truck. Here's the transport company that carries the blades on the truck. What better name for your wind turbine transports to have a non-cryptic name like the Wind Turbine Transport Specialists. It's very difficult to imagine the size of these turbines. The blades literally took up the whole ferry, and the ferry took up the whole dock. The clouds and light were so beautiful while we were there, it made the turbines stand out in the flickering grey and white filtered light from the clouds. While I doubt you will visit Kyle of Localsh to see the wind turbines get transported, the size of these things were immense, and it was a very cool thing to see while we were there. All images mine except the first that is labeled Wikimedia Commons.
Taken with my Nexus 5 smartphone using the panoramic function for the second one from the bottom