The Californian Brown Pelican Is Back From The Brink!

Pelican are a fairly common site in most coastal areas, and I must admit I like this big, jovial bird. However, recently in California I witnessed a type of pelican which i had never seen before; the "California Brown Pelican". Unlike the white birds I was used to, this one was slightly smaller and a dusty brown colour. 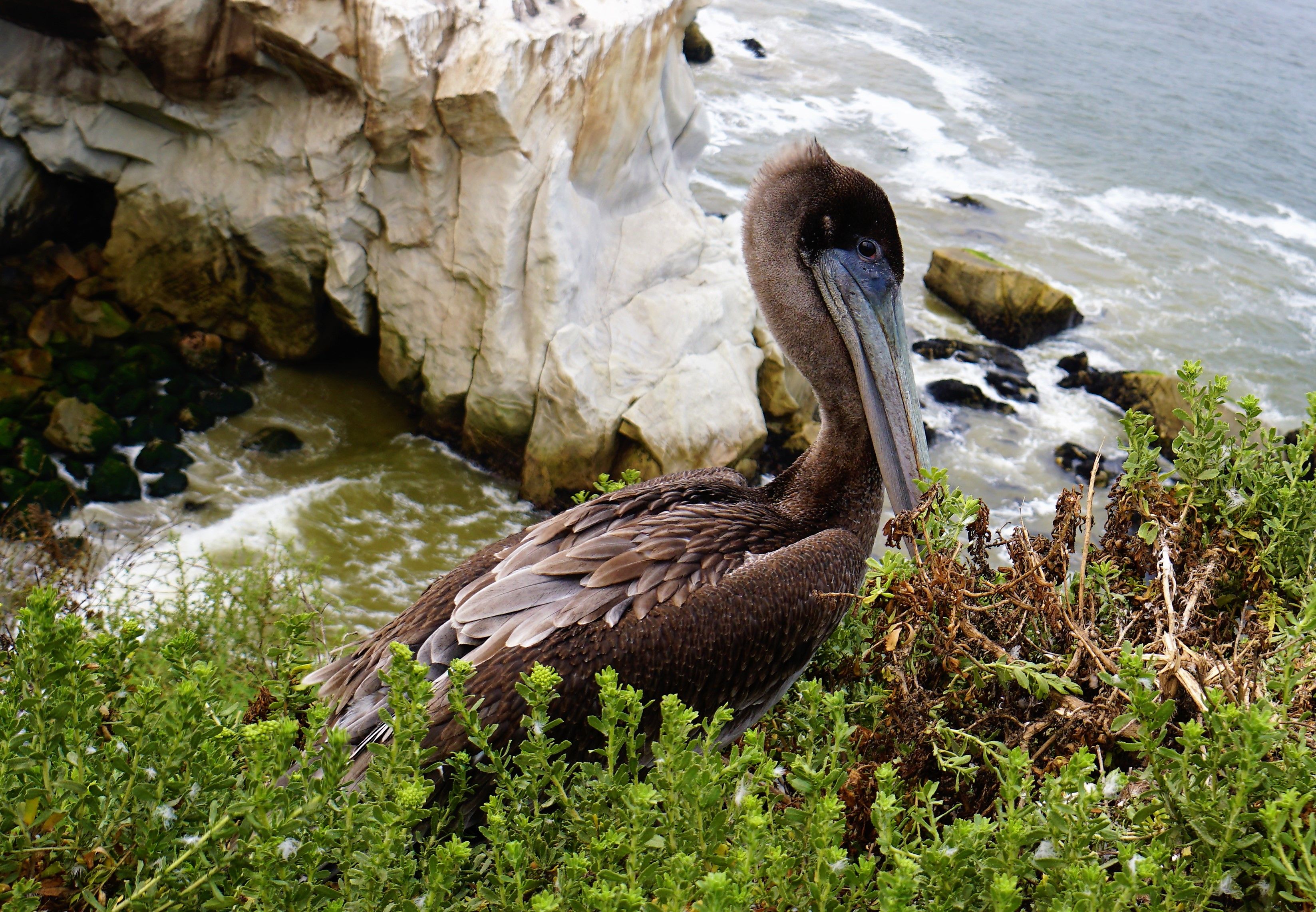 This glorious pelican loves the California coast, and honestly who can blame it. For the big birds, the temperature is just right, and the warm waters are filled with delicious sardine and anchovies.

It's frightening for me to think that humans almost wiped this bird out, and up until recently it was on the endangered species list. From the 1950's to the 1970's chemicals being dumped off the California coast wiped out scores of the bird, as they along with their food supply were poisoned unmercifully. The main culprit, DDT was thankfully banned during the 70's and over the past 40 years the Brown Pelican has ceom back from the brink. It is now flourishing again, and in 2009 was removed from the endangered species list altogether. 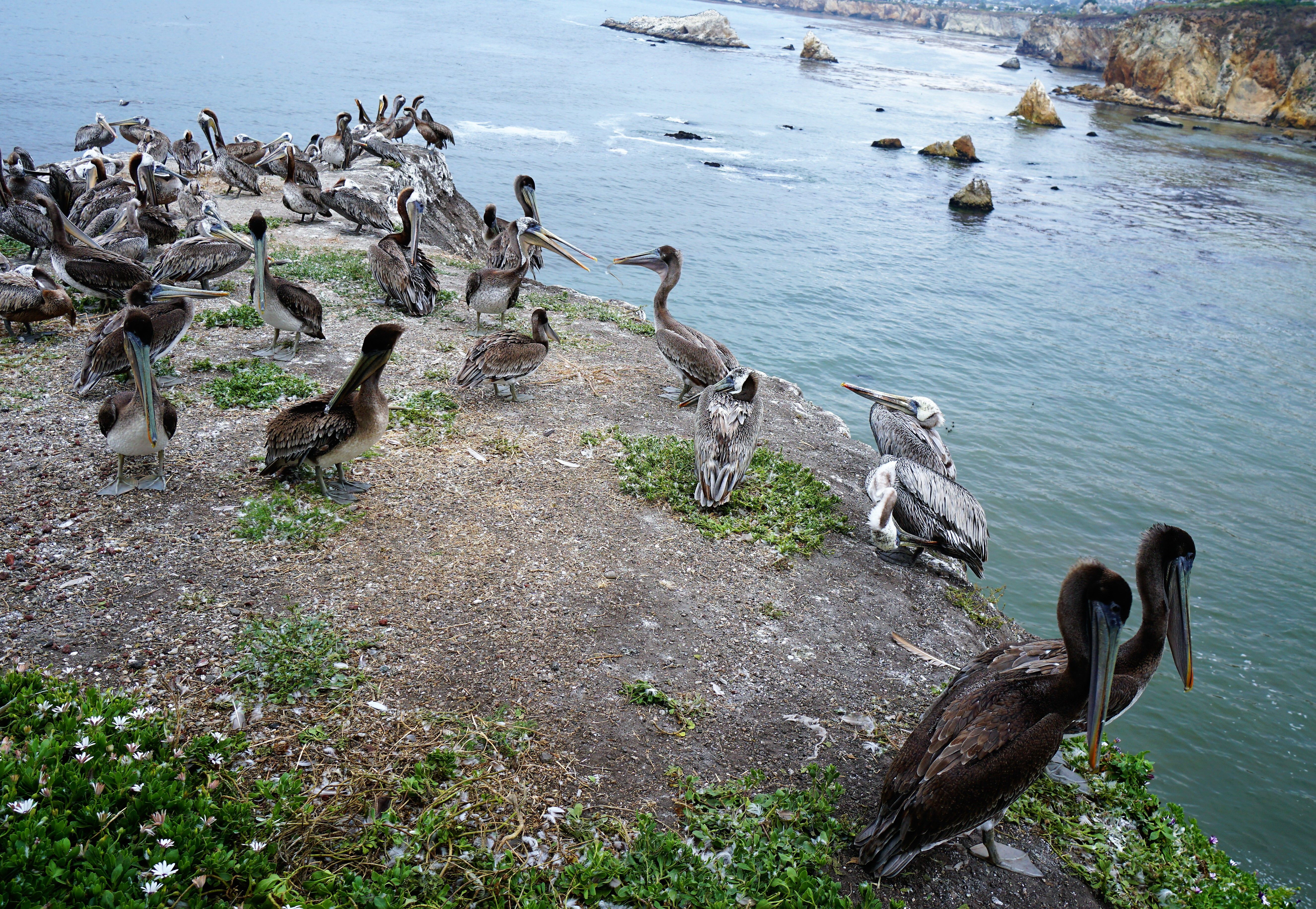 I encountered this species on a section of rocky coastline just north of Pismo Beach. The Pelicans here must have numbered in the thousands, and were nesting and living on the cliff face along with a variety of other smaller birds. These birds can live up to 40 years and have a wingspan of 6 feeet, and it was great to view them up close and see them thriving again in their natural habitat. 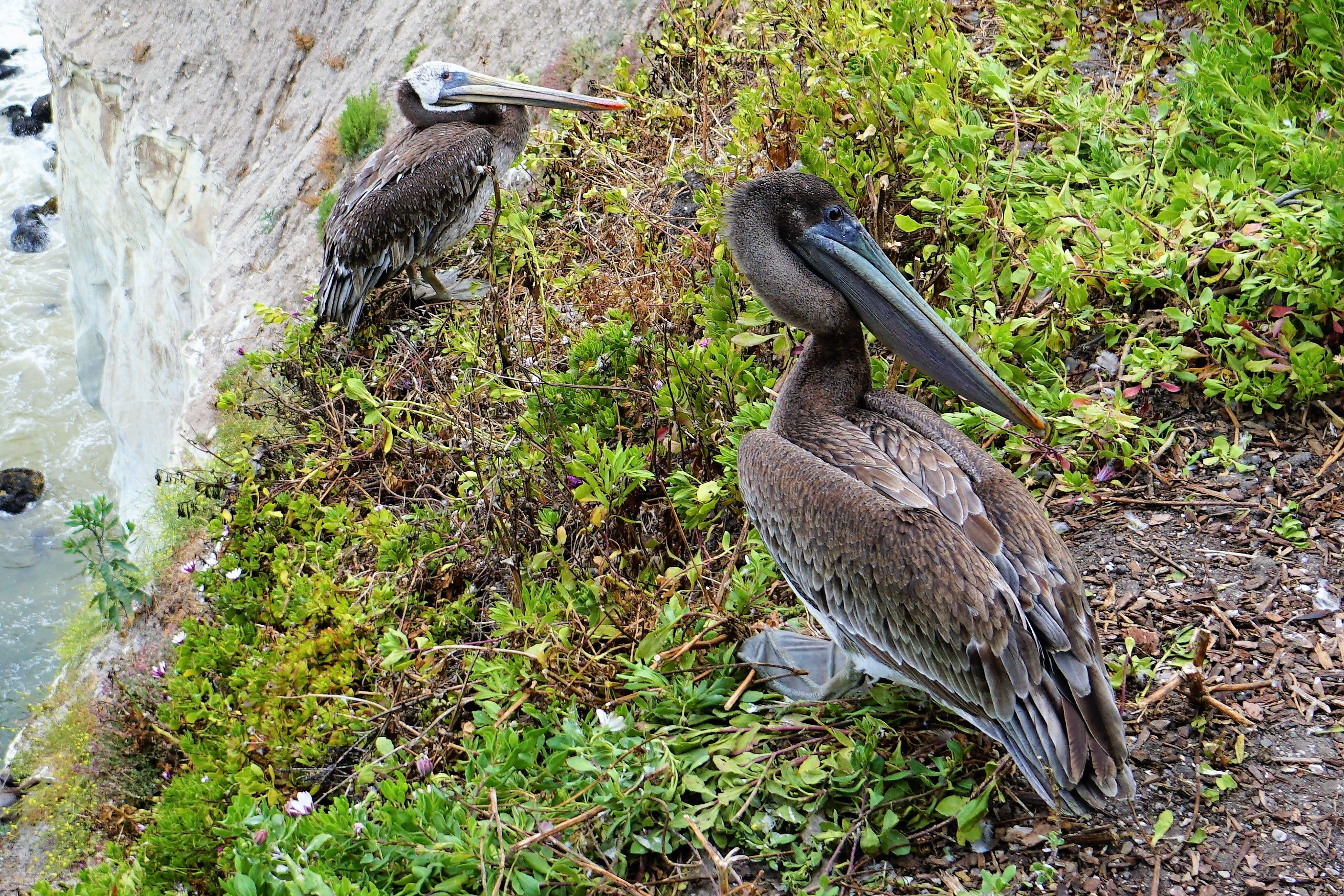 For more Travel, Food, Drinks & Adventure..Be Sure to Follow @bkkshadow - This is really a great post as it shows these beautiful birds who have come back from the brink. So good to see nature replenishing after this catastrophic pesticide once again is responsible for wiping out a species. They look majestic in their natural environment. Thank you.

Yeah got to say i have never seen one myself it looks awesome great photos shows the big bird nicely. Nice post.

became friends with one here in Texas got some really cool pics, little bugger conned me out of all the shrimp I was using for bait. Then began following me around for more. A real beautiful bird.

This post has received a 100% upvote from @melowd. Thank You for sharing @bkkshadow. For more information, click here!

Love Pelicans, thanks for sharing @bbkshadow