The Most Common Argument. Can You Beat It?

zeropointtruth (42)in #philosophy • 4 years ago (edited) 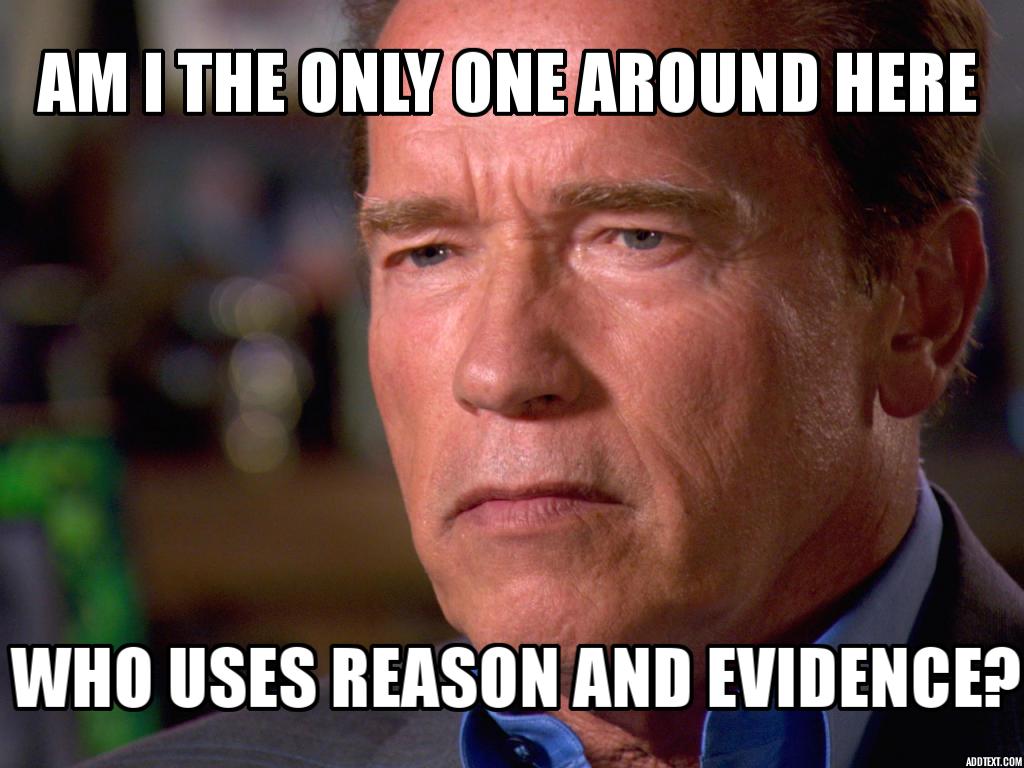 "Mr. Senator, you have 30 seconds to reply to your opponent and that begins now."

"Seriously? I mean, come'on bruh. That is totally off-base. I mean, you don't really believe that..."

This shyte argument is like a punch to the logical balls, and at this point (DISSCUSINOUS INTERUPTUS! on some Harry Potter s--t) it seems that using logic and evidence in debate is sadistic... I mean, f---ing seriously bro?... If I had one starving Polish child for every time I heard, "seriously" in rebuttal to an argument, then I would have a full capacity, 1943 Auschwitz concentration camp; I'm super-duper cereal. With that, I would like to break down why this response is so effective - albeit fallacious - within the context of an argument and how the, "seriously" rebuttal can be crushed, in order to win over an audience in debate.

The, "seriously" argument occurs after one has heard a coherent and logical argument, but they have no rebuttal, so they reply, "seriously?"

After laying out a great argument, in the form of logic, that includes a claim, supporting evidence and conclusion/rebuttal, one should feel accomplished. After all, in a debate the person who most previously gave a valid argument IS WINNING. Act like it. When someone uses the, "Seriously" argument in rebuttal to your point, they are attempting to get you to back away from your own argument. Sub-consciously, what this argument says is two-fold. First, is is an attempt at social-alienation. Like, "Hey bro. You are definitely not part of the cool kids. Cool kids would never agree with you and they deff would never even like what you just said , seriously." Second, what your opponent hopes for is that you digress - or cuck - and back away from your claim in order to save face. In an attempt to win back favor with the, "cool kids" you would also be vaporizing your own credibility, as adopting someone's stance who does not believe it themselves is foolish and counter to debate. I mean seriously, "admitting" that your argument is false means that (((they))) win.

How to Respond & WIN

Do NOT bow to them. TEST THEIR KNOWLEDGE!
Assert that you are serious, double-down on your claim, question your opponent.

"(Assert) Yes, I am serious. (Double-Down) The polar ice caps are doing fine. (Question) To what concerning amount has sea-level risen in the last decade?"

If they cannot answer the question or if they stumble, you have seriously beaten back their B.S. However, if they answer with logic and reason, then the argument can get back on track. Remember, you are right, act like it. You want to debate, not have a popularity contest.

At 0:20 seconds of the video above, Hillary shifted off the topic of her alleged flip-flopping of support for TPP. She says, "Well Donald, I know you live in your own reality." This is a, "seriously" argument because it demeans the character of Trump by implying that he is narcissistic, in an attempt for him to back off of his claim that she flip flopped on TPP support. Expertly, Clinton then rebuts Trump's point in the same breath by framing herself as well-calculated. In a nice counter, Clinton replies, "I hoped [TPP] would be a good deal [but it turned out that it wasn't]." Which justifies her change in mind because having opinions based on evidence is a virtue. Great debate tactic by Hillary.

However, Donald does not let the, "seriously? Donny-T, you're gross" argument off the hook. He knows that if he backs away from his point, the he will become rhetorically cuck'd by Clinton's, "seriously" rebuttal; making himself look foolish. Quickly Trump asserts, "Oh yah." Then doubles-down, "NOT!" Finally, Trump berates her with the incriminating question, "Was it President Obama's fault?" attempting to get Clinton to speak ill about her key political partner; while anchoring her character with the unpopular former president. Nice one.

Hillary follows up by saying, "there are different views [as to what is best for the economy]" sub-consciously allowing Donald his opinion as well. Trump then unrelentingly pushes a campaign motif of his once again - having gotten out of the character trap of "seriously"- barking, "you have no plan!" Both are experts at debate, but Clinton's, "seriously" argument was dispelled with impunity.

The "seriously" tactic, is not about who is right. It is enacted to see if you are confident enough in your opinion to stand by it. In the face of ridicule and potential alienation, will you cuck and back away from your argument? Do you have enough confidence in your argument = Seriously? Is being part of the group important, or are you confident in your opinion? This is an appeal to your vanity. Are you so vain to put peer recognition or, "being liked" above what you hold to be true? If not, and if the debate is worth while in having, then get confident - knowing that I am right and this is important.

On the other hand, the "Seriously" argument gives you a chance to say, "No, I am not being serious. We are friends right?".... This is usually followed by a, "Good (goyim), you had me going there for a second. (((I am glad you're cucked, you really had me showing my dogmatic beliefs there)))." In other words, an appeal to vanity is a connotative of, "I look up to you -tuff hunk - r u srsly gnna brk my hrt?"

If you ever consider giving in to this trash listen to this song, grab your jock and look alive! Now, if anyone ever uses the, "seriously" argument again, have this thought in your brain: "Wow, what a p----y." If you keep this in mind, the proper response will follow, and it doesn't include backing down from what you believe to be true. In fact, why the hell would one want to agree with the user of flaccid emotional appeals? Debate is about forging an iron clad world view that enables successful action and the manufacture of an in-built Pickelhaube of mental toughness . Take some pride and don't back down by way of the trappings of emotional cowardice.

Now Go Forth and Debate From Strength!

Congratulations @zeropointtruth! You have completed some achievement on Steemit and have been rewarded with new badge(s) :

Thanks for the Upvote the other day...
@pocketechange