Good and Evil: Nature or Nurture?

Is 'good' or 'bad' a natural individual disposition? Or strictly influenced by nurture? In other words, Is the drive to do 'good' or 'evil' innate? Or, is it simply based on environmental factors?

Don't be quick to give an answer, think, think, and think again!

Personally, I think it's difficult to determine, but could be a blend of both factors. It varies actually. There are so many factors that contribute to one's morality such as upbringing, personal experiences and influence from authorities. But then, how do we say for sure that individuals do not have an innate sense of right and wrong?

There are people who derive pleasure from inflicting pain on others, they love seeing people cry, sad and vulnerable. We also have those that are severely robed with greed. And then we have the kleptomaniacs, who just cannot help but steal. How then do we verify that all these actions have no innate determinant?

But then again, one cannot deny that there are so many people who are evil today as a result of the wrong influence they got from the society, and interactions with the wrong people.

I've always believed babies born newly into the world are innocent and empty- with no innate idea of evil, but it's really difficult ascertaining this.

What are your thoughts, friends? I'll love to hear your opinion. Are people born good or bad? 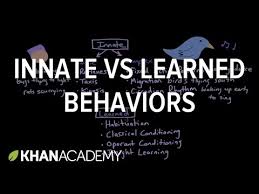 Actually, I think it's really much more complicated, @udochi. I'm not sure I believe in innate innocence. My sibling and I are from the same gene pool which sometimes astounds me: she is dishonest, greedy and untrustworthy and will / has stolen from her family. So, I think some of that could be "unlearned" but I'd need to be seriously persuaded to believe it. Yip, this is why you will seldom find a reference to a sibling in my posts. That is life.

Have a good day!
@fionasfavourites

Thanks for your input @fionasfavourites . Indeed, it's really complicated to determine.

Thanks Bro. It's been difficult I must confess

Actually, I had been trying to figure this out too. Because like you, I notice that even among siblings, they have very different skill sets and characteristics. Self-reflection is one. Some siblings can do it very well, on their own. But others seemed to suffer throughout their lives not being able to self-reflect. If they had gone through the same education and environment, shouldn't all of them pick up the same skill?

In Buddhism, it's believe that there are past lives, and it's used to sometimes explain our innate talent - talent that none in our immediate families have. We've all heard of kids who started painting at four, or playing a concerto on the piano without prior lessons. Weird huh?

Yea exactly my thoughts, really weird. We can't say for sure if we have past lives, but i really doubt we do. However, one thing that seems very unclear- if we were born with innate ideas or not.

well, to me it's really simple. By nature, beginning from the Fall, we are all 'bad', or sinful, so to speak. That is by nature alone. But by choice, we can be 'good'.

We were all created good in the beginning, but after the Fall, by nature passed down, we are all inherently bad. (Genesis chapters 1-3) Though, by the choice we can make, we can still be good. That is all I have to say on the matter.

My thoughts! We are all born good,but can choose to be bad or good...lol

Thank you. I appreciate your input

Ahhh, the eternal question! I recently had a bit of a discussion with our youngest (18) about how much is nature, and how much is nurture, when it comes to serial killers (yes, we have interesting discussions in our house - LOL).

Lol. You ended up confusing me the more 😂

Funny - my kids say that all the time too...LOL!

I think it can definitely be both. While probably most ‘bad’ behavior is probably learned, I do think some people are sadly born with compulsions to perform acts that society has deemed ‘evil’. Whether it’s genetics, biochemical construction, or purely psychological, there do seem to be some cases where there are no discernible environmental contributors.

Yea, our observations are similar. Some people have rebellious tendencies, and always want to be deemed such. Thank you for your input.