Sexual arousal as an altered state of consciousness

gneelle5-ht2a (25)in #philosophy • 2 years ago
An altered state of consciousness implies apparent or, better yet, radical shift in the mode and complexity of cognitive thought. We can roughly divide this into two groups of factors: perception of the world’s constituent parts and the whole they create; and both the individual’s goals and the methods of reaching those goals. Let’s apply these measurements to a state of sexual arousal. 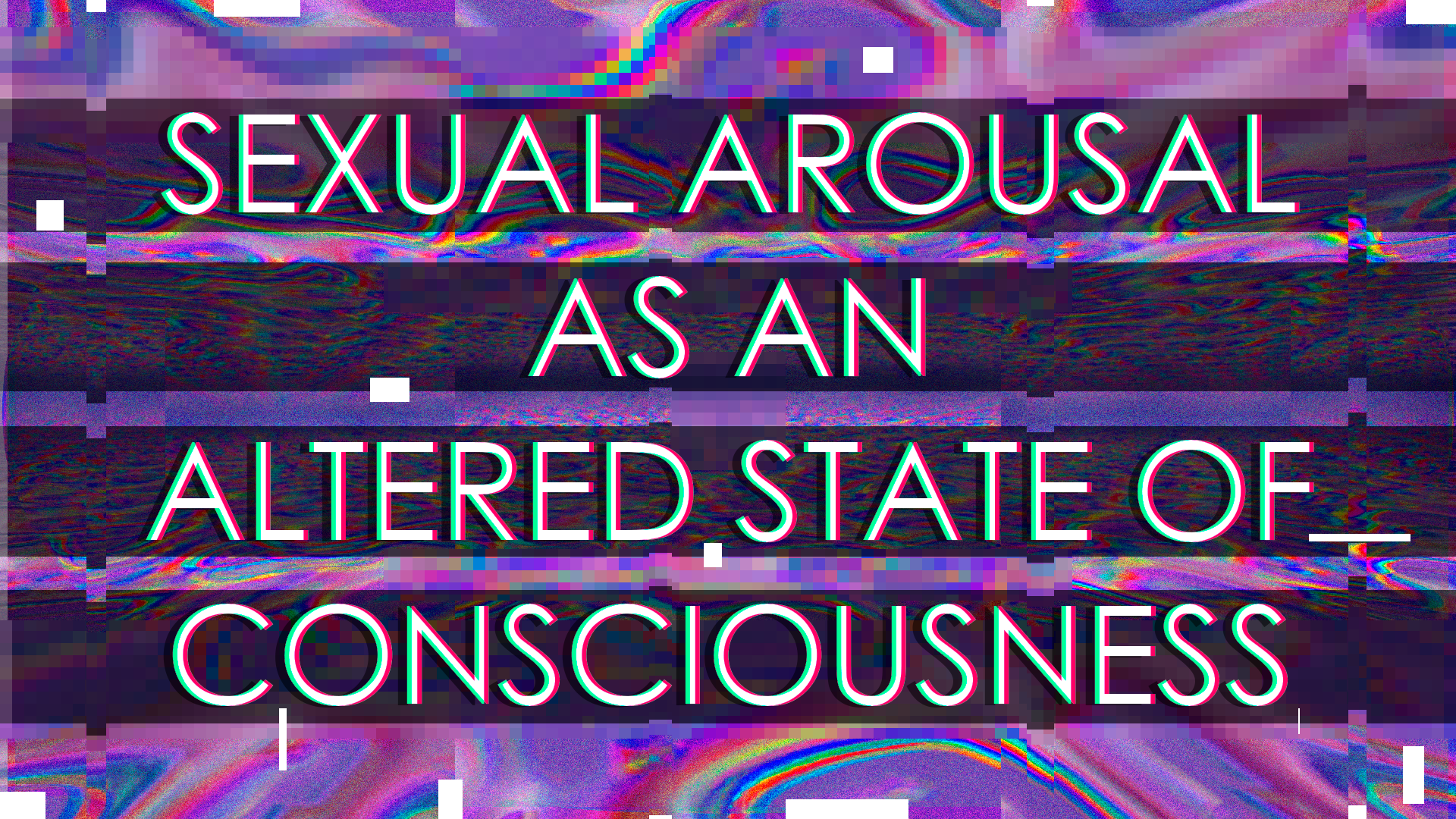 Firstly, the goals and methods of achieving them.

In order for you to enter the state of sexual arousal, your sympathetic nervous system needs to be resting, with its parasympathetic counterpart being active. Why is that? Because, broadly speaking, your sympathetic nervous system is responsible for promoting activity in stressful situations requiring critical thinking and quick reflexes, while the parasympathetic nervous system, on the contrary, is a sort of ‘resting mechanism’. It’s not very conducive to survival if you’re being sexually aroused in a life-threatening situation or just in a case where there are a lot of important things to do. So, arousal may happen only when your brain knows everything is alright (generally) – and this is why the sympathetic system needs to be off.
So, you start getting more aroused and, shortly, begin acting out on it. And here’s where your goal is being set out and becomes apparent – you want pleasure. The pleasure can be your own, that of your partner(s), or the two combined. And, while you can argue that, even in an ordinary state of mind the goals – both short- and long-term – can also be described as the pursuit of some pleasure, it is not the same kind of pleasure that is being pursued in the two cases. You probably won’t use the word ‘pleasure’ at all when talking about your life goals and dreams. Rather, you would say ‘happiness’ or ‘transcendence’ – which, if explained through ‘pleasure’, would mean something along the lines of ‘abstract distant pleasure of a rather spiritual nature unreachable in the current moment of time or in the near future’. However, sexual pleasure is never further away than a tiny fraction of a second, and is mostly very tangible and overwhelmingly sensual. The more aroused you are and the more pleasure you feel, the more your previously switched off sympathetic system comes into the picture. Your heart starts beating faster, you produce more heat, the analgesic effect becomes more pronounced, your mind focuses ever more narrowly on one thing – pleasure. All rational thought and capabilities for planning shut down as you pursue the one sensation you need right now. The moment of climax is a burst of barely describable euphoria and closure, trailing off into a hazy afterglow. The goal (hopefully) has been reached.

I hope it’s rather apparent now that the goals and the ways in which you attempt to reach them change drastically in the state of sexual arousal as compared to the ‘normal’ state of consciousness. Now, for the perception of the world and its parts.

In the usual waking consciousness, the reality is incredibly complex multifaceted. Even if you aren’t, at any moment, expected to ponder on the implications of the current state of research in quantum mechanics as viewed through the lens of Cartesian dualism – the possibility is there. You constantly weigh the decisions, compare their possible outcomes and decide on the one that seems the most optimal in the given situation. It may not be always apparent that you are doing so, and some of these decisions are being made on the subconscious level, but the process is going on at any moment of time and is very complex. With some dedication and focus, you can almost always zoom into different levels of the reality's information fractal This either helps you with taking a closer look at the issue and seeing it in minute detail or, on the contrary, having a broader overview of its context and juxtaposing it with other issues you’ve already solved or are currently planning to solve. You match the percepts to the concepts and try to figure out how to parse the information into a coherent algorithm. How is this algorithm going to bring me to the desired place and what is this place exactly?

And here’s where sexual arousal changes everything in one more way. As we’ve established earlier, this state of mentation is distinctly goal-oriented. In fact, if I were to compare it to any other state of consciousness I’ve ever experienced, it would be the one that is the most straight-forward with its goal. Yes, there are other highly focused states such as meditation or the flow state, but sexual arousal is special in the simplicity of the goal it sets out. The more sexually aroused you are, the more defined and specific the purpose of it all becomes – pleasure. Everything you perceive in this state becomes subject to a rigid categorization – is it or is it not going to help me or my partner(s) reach the moment of absolute pleasure? And that’s it. The complexity of the world seems to be gone, at least until the goal is reached or something happens that is radically detracting to the process of reaching it and you are forcefully removed from the state. 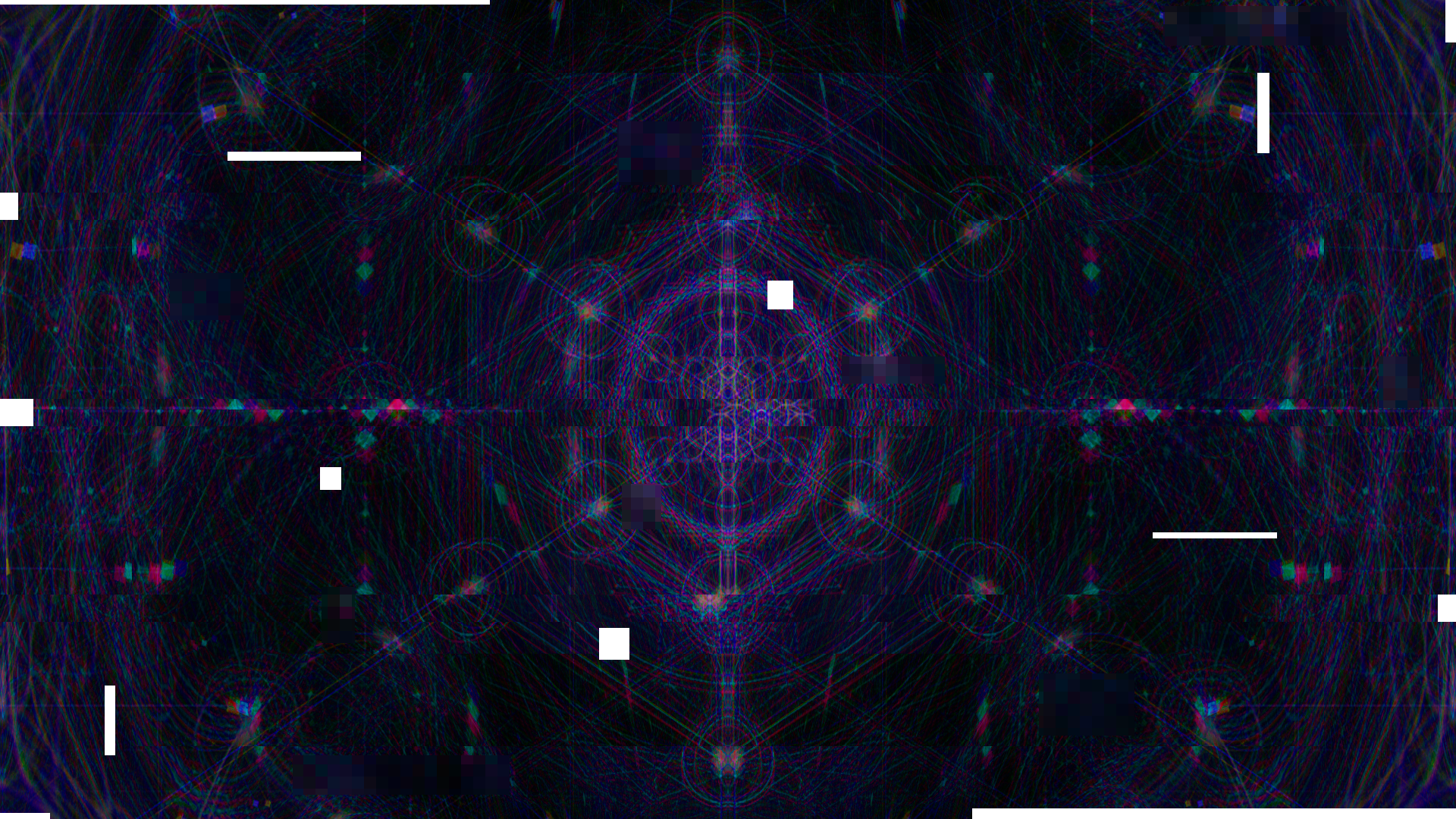 It all seems to point out to me that sexual arousal is, quite apparently, a full-on altered state of consciousness. It has a clearly traceable curve of intensity through time, paralleling the graphs you may find depicting the onset, coming up, peak, plateau and coming down of LSD, mescaline, DMT or any other psychoactive substance. However, what’s absolutely fascinating about it is that the state of sexual arousal can be, theoretically, as long as you want it to be. The substance-based altered states are wholly reliant on the speed with which your organism metabolizes the compound, therefore they have a more-or-less fixed lifetime. Contrast that with sexual arousal, which is created and supported by, almost exclusively, emotional state and physical stimulation. With enough mental effort and appropriate health conditions, it could conceivably be made as short or lasting as is desired.

But don't overdo it and keep it consensual, okay?

My tumblr (visual designs, pixel art etc.):
https://5-ht2a.tumblr.com/
My YouTube channel (music and miscellaneous videos I made):
https://www.youtube.com/channel/UCtAF5XPU8UGTWqDc6jd44Mg
My video about DMT on DTube: