I'm a startup guy that likes to read about history, and spend a lot of time thinking about... well, stuff. This ongoing series is an exploration and tribute to what history can teach us about startups, and life itself.

Here we turn, again, to one of the greatest thinkers of all time, Marcus Aurelius, the philosopher Emperor of Rome. This part two on Marcus Aurelius. You don't have to read the first part before the second part, they are entirely independent in content.

Future sources, ranging from fact to historical fiction, may include famous generals, philosophers, statesmen, and a whole bunch of Romans.

These posts are long and rich. So enjoy it like a nice bottle of wine. Pour yourself a glass. Don’t just drink to consume. Take a few sips, consider the flavor. Take your time. Share with a friend. Maybe don’t finish the whole bottle at once. Bookmark this and come back to it later. It ages well.

You've watched the movie Gladiator, right? Remember that kind, wise, and super old Emperor with the douchebag son? Yeah, that dad was Marcus Aurelius. If anything, the actual son Commodus was even worse in real life. His idea of a petting zoo was shipping in every exotic beast from the four corners of the world, and then cutting their heads off posing as a gladiator. He actually called himself the "Roman Hercules". Talk about daddy issues. Anyhoo, he has no wisdom to impart except as a cautionary tale, so back to his pops.

Sadly though, old guys giving sage advice on screen for two hours straight makes for less ticket sales than awesome gladiator battles. That's where I come in! Marcus Aurelius is considered by many to be the embodiment of Plato's "philosopher king", and the quintessential stoic philosopher.

His key writings, basically in the form of a ponderous personal diary named Meditations, were created throughout his entire adult life. What's uncanny is the lack of any real change in his transition from ordinary Roman nobleman to the dictator of the known world. Became Emperor, weather was average. That must be some kind of world record for stoic detachment.

“The effect of true philosophy is, unaffected simplicity and modesty.”

“It Is Common to All Trades and Professions to Mind and Intend that only, which now they are about, and the instrument whereby they work.”

What are you trying to achieve? Think of a singular, clear answer.

Then why are you doing minding all that useless time-wasting stuff? Think of a singular, clear answer.

Why are you intending to do all manner of things, except what you're trying to achieve? Think of a singular, clear answer.

“Make It Not Any Longer a Matter of Dispute or Discourse, What Are the signs and proprieties of a good man, but really and actually to be such.”

You know what is good. Do not imitate good on occasion. Do not debate about justifying your actions in terms of good and bad. Just choose to consistently be good.

"What is my chief and principal part, which hath power over the rest?”

“In the Ancient Mystical Letters of the Ephesians, There Was an item, that a man should always have in his mind some one or other of the ancient worthies.”

Since you're reading this, you're winning. The benefit of the ancient worthies, whether recent or historic, is that their life can be examined as a whole. The further they are in history, the clearer the picture will have become of their experience and impact. Those that remain relevant over centuries show their thinking to be universal and timeless. Seems like that might be a more worthy lens to examine yourself and the world, rather than following Kanye on Twitter.

“For thou art born a mere slave, to thy senses and brutish affections; destitute without teaching of all true knowledge and sound reason.”

On the scale of knowledge, you're somewhere between a feral child and Einstein. Is it really the case, that you are satisfied of your current position?

“How Ridiculous and Strange Is He, that Wonders at Anything that happens in this life in the ordinary course of nature!”

Accidents, breakups, fights, murder, extortion, car crashes, disease, lightning strikes, and depression are all naturally occurring events in our world. Why blame the gods, when your tragedy can be explained by statistical distribution? The best you can do is to skew the distribution in your favor. Resist the urge to put yourself in increased likelihood of tragedy.

“If It Be Not Fitting, Do It Not. If It Be Not True, Speak It Not. Ever maintain thine own purpose and resolution free from all compulsion and necessity.”

Death and taxes. Everything else is optional. Do not be a victim of circumstance. You can think of one small step towards a better circumstance. Take that step. Repeat until satisfied.

“To do nothing rashly without some certain end; let that be thy first care. The next, to have no other end than the common good.”

What are you working on right now? What is the purpose of that activity? Is there some other activity, which might have a more meaningful purpose?

Like Tim Ferriss would say, it's likely that by focusing the most meaningful activity right now, you'll make all those other tasks easier, or even unnecessary. 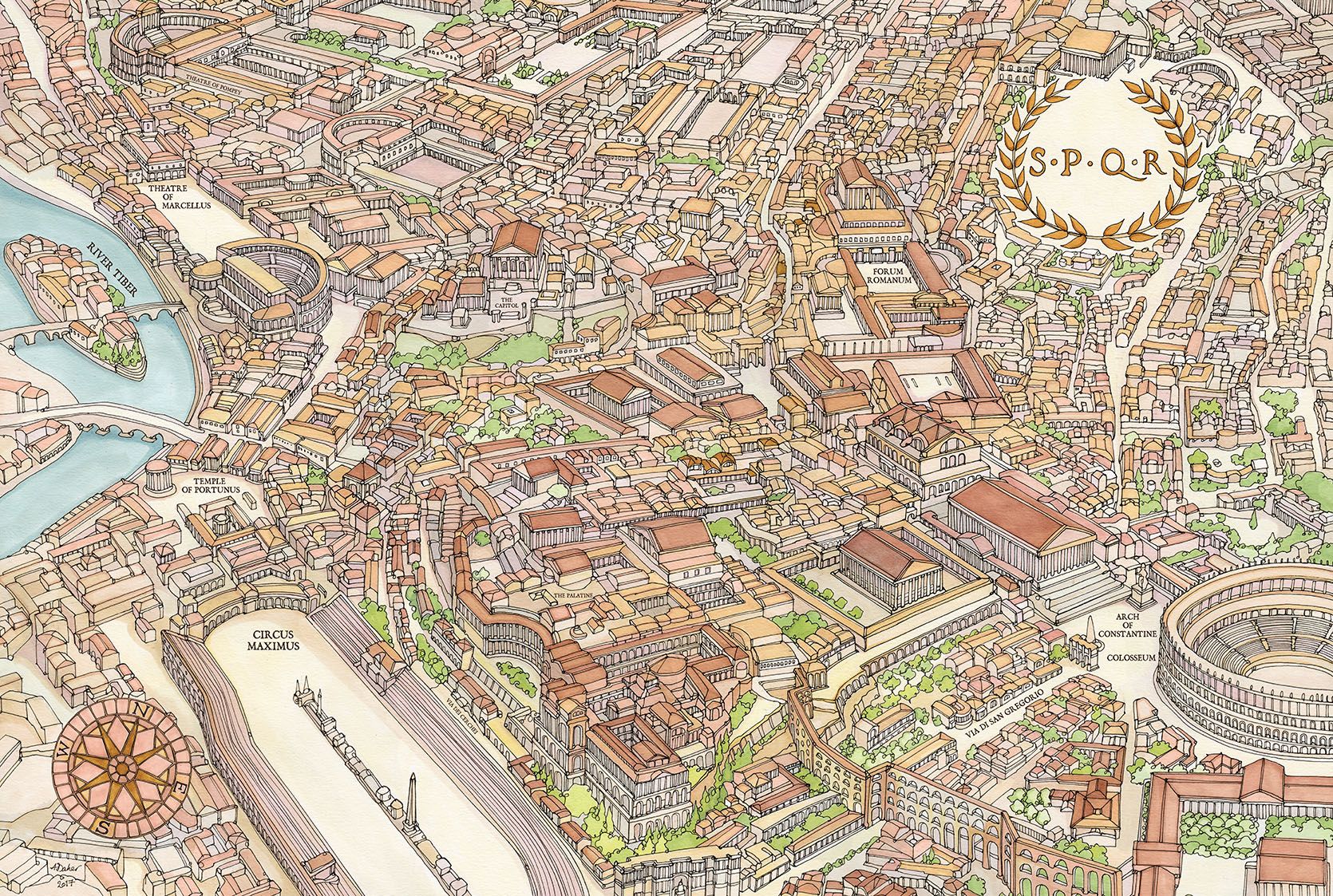 “how vain all things will appear unto thee when, from on high as it were, looking down thou shalt contemplate all things upon earth, and the wonderful mutability, that they are subject unto: considering withal, the infinite both greatness and variety of things aerial and things celestial that are round about it.”

I sometimes try to visualize myself on a spacecraft of some kind, looking back on Earth, as it becomes smaller and smaller. Yes, I'm like that.

There's something quite freeing about the concept, in that all worries big and small, whether personal or global, exist only there on that blue dot that's getting smaller and smaller. All bullshit every known to man only has hold of that blue dot. If you left, even temporarily, none of it would come with you.

“O man! As a citizen thou hast lived, and conversed in this great city the world. Whether just for so many years, or no, what is it unto thee?”

Whilst not easy, you could choose to occasionally seek perspective into the human experience, by considering that you having an experience at all is the gift itself. The specifics are irrelevant. How good. How bad. How long. How short. It's part of the experience, so be grateful to have it. Meditate on this.

“How Clearly Doth It Appear Unto Thee, that No Other Course of Thy life could fit a true philosopher's practice better, than this very course, that thou art now already in?”

Consider the person you want to be. What course of life are they on? How is that different from your current direction? What can you do to steer the ship ever so slightly to close that gap?

Don't shy away from your faults. I'm lazy. Most people are. These are functions of both genetics and 'character', which is largely driven by your brain's neurotransmitter balance. That's like horoscopes, but actual science. Despite your faults, you can choose to play to your strengths instead. Creativity. Ambition. Intelligence. Athleticism. Whatever it is, all you need to do is spend MOST of your time applying your strengths. Not all, just most.

“All Parts of the World, (All Things I Mean that Are Contained within the whole world), must of necessity at some time or other come to corruption.”

The laws of physics dictate that all things, alive or dead, will eventually decay into particles and fade into the black of the universe. One definition of intelligence is fighting that decay, by creating and sustaining complexity within the universe. So don't assume everything will remain stable and perfect. The laws of physics don't allow for it. All you can do is apply your intelligence to rage against the darkness. Every living thing you've ever come across has a common ancestry if you go back far enough. The fact that a beneficial but foreign virus, called mitochondria, exists in our bodies is proof of that. It happened once millions of years ago, and we all have it. Plants have it. Bugs have it. Bob from accounting has it. You have it.

“At the Conceit and Apprehension that Such and Such a One Hath sinned, thus reason with thyself; What do I know whether this be a sin indeed, as it seems to be? But if it be, what do I know but that he himself hath already condemned himself for it?”

Bob from accounting again! Did he have to be so spiteful to CC my boss on that email? What a giant <insert insult>. That lady on the train, did she really give me that look? For real?

Humor yourself with this scenario. Imagine Bob. You're him. What was your day like before that upsetting email? What happened this week? What is your life like? Are you happy? Are you content with your career?

You might be surprised to find, that instead of hatred, you actually feel sorry for Bob. I wish Bob could be more happy. Well, maybe I can't change Bob, but I can choose not to be Bob. 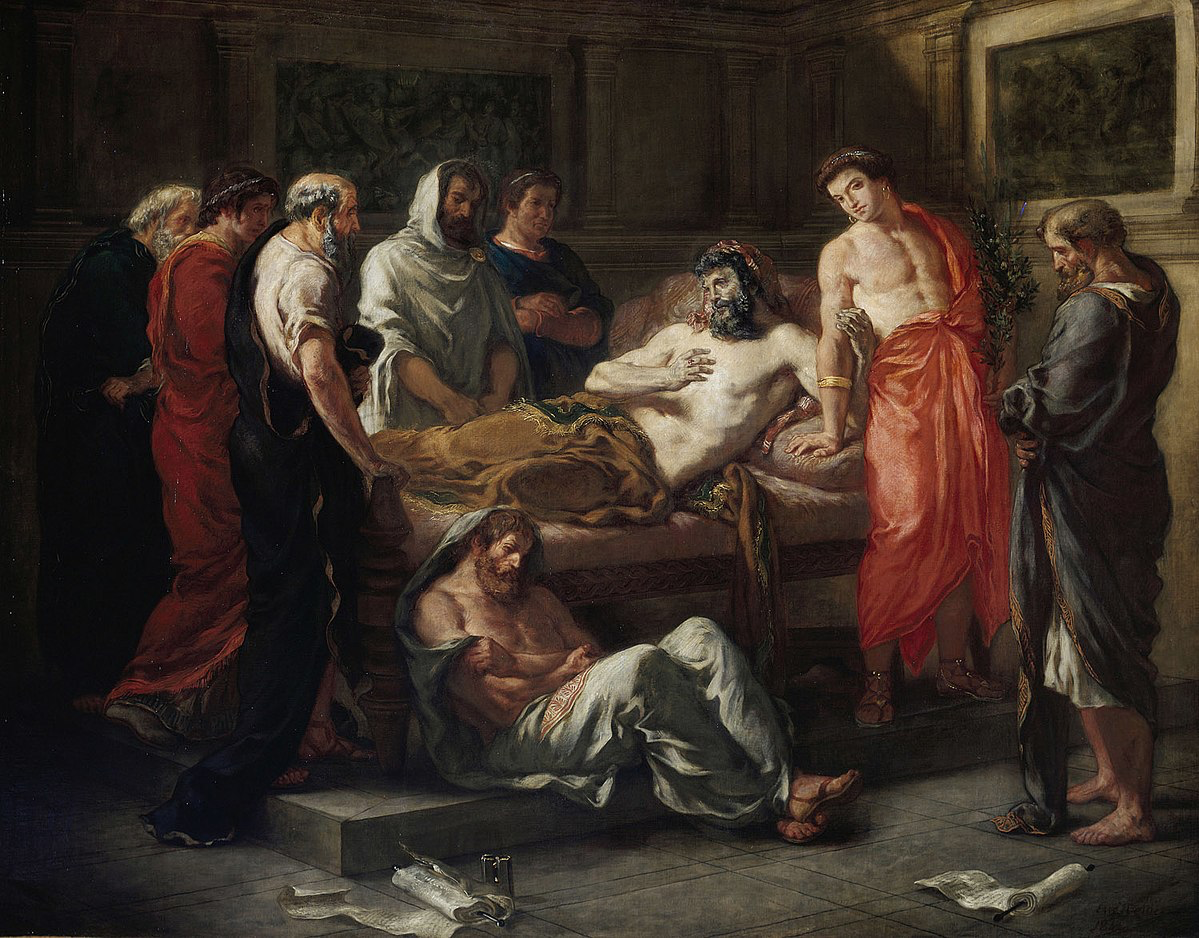 "Look to the rising sun; for I am already setting."

Previous episodes you can check out

Much more to come…

Be sure to scroll to the top to follow me if you’d like to receive a notification when the next episode is added.

Thanks for reading,
Aki

Is there a favorite quote here? Any other stoic philosophies you live by? Please share so we can benefit, too.