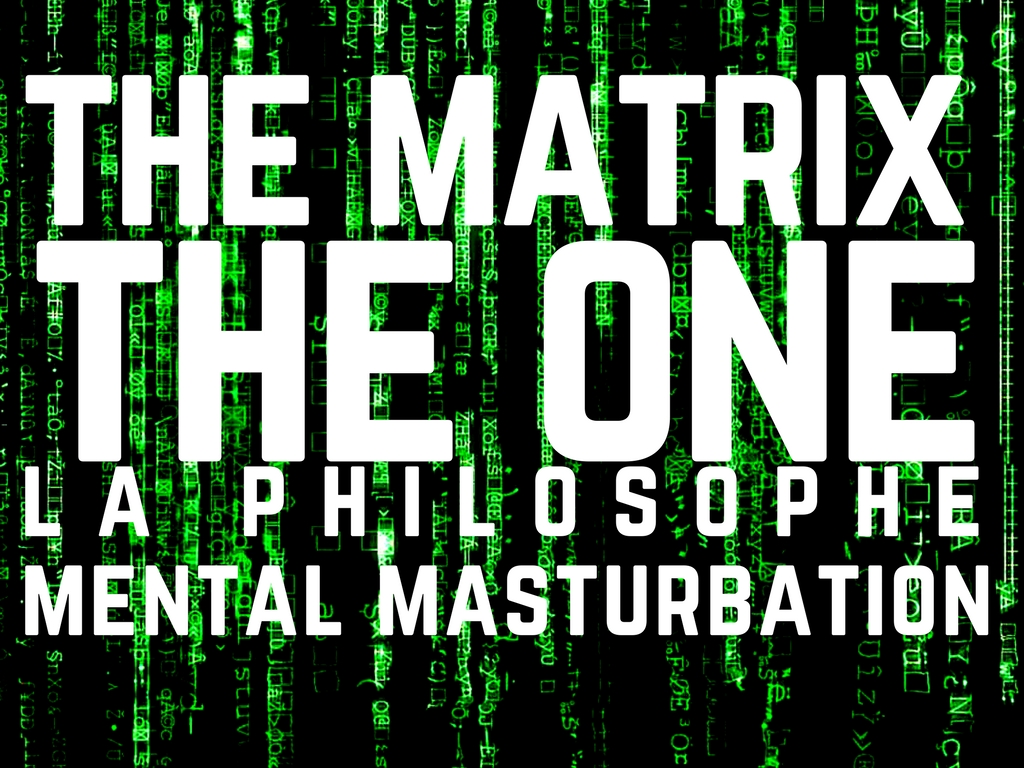 It is not true that The Matrix is one of, if not the most influential movie of our time. Because of this phenomenon of culture and cinema, there was an awakening of the everyday philosopher, no doubt a good outcome, we were doused with the cool touch of cold truth out of the anemia of the mind, not unlike Neo's awaking in the pods to a chilled and black world.
Yet, coming on 20 years, the philosophical lessons of the masterpiece are still often missed in favour of the comfortable "revelation" of human's capacity for transcendence. This wishful thought is lived out in Neo being played out as the one. I mean, for god's sake, his name means new. A strange thing, no doubt, considering that the movie constantly tells us otherwise.

The Illusion of Choice 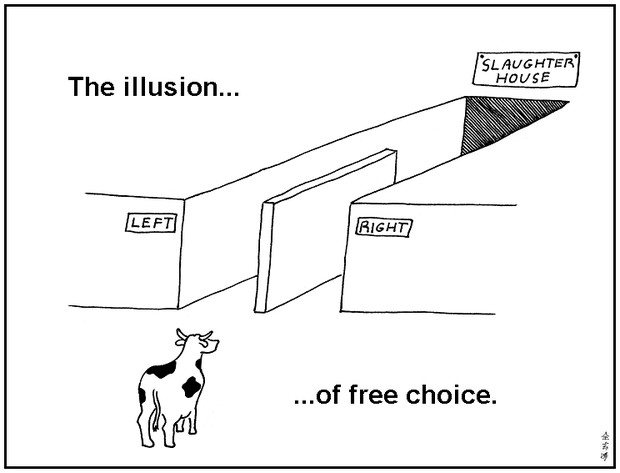 Image Source
In a his 2012 documentaryThe Perverts Guide To Ideology, the Slovenian Philosopher, Slavoj Zizek, who disputes the truth of a choice between the presented, that is, the choice between the Matrix or freedom is a false instance of choice. He goes on to state that freedom would be a choice beyond, the choice outside of the construct of ideology. The Architect makes this clear in the second movie, as he reveals to Neo that the early formal system was imperfect having never factored the condition of the human mind and it's insistence on choice, even though objectively. Image Source
This leads us into the cyclic events in the total history of that world. The illusion of choice feeds into and distracts from the actual internal consistency, that they do not make the choices but that the choices have been made, not just once but six times. The system looking to work out what is the nature inconsistencies that arise, the remainders of code and process over this iteration of The Matrix, has worked out a simulation that plays on the delusion of "actual" agency. Existence is the gulag of determinism.

The Human Condition and Agency

The quest for "actual" agency, is perhaps the best descriptor for the human condition, whether it be against the impersonal winds of nature or the impositions of other agents encroaching and vying for power and agency.

This following line of logic might have some flaws but my own thought on agency or freedom has always been that it is a zero sum game of sorts. There is a kind of economics of wins and loss, that is, in the case of true or total agency, in that, if freedom were to be considered a resource in a set space or plan, maybe it stands to reason that there is a set quantity for the amount of equitable to human animals in the playing field.
Then, can it not be said, that true and total agency for the totality of the "individual" human animals is not promulgate-able fully and with satisfaction. 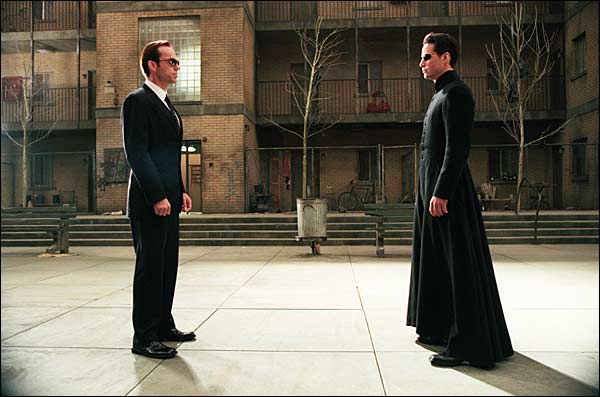 Image Source
The legend of the "One" is the most though important central thought of the movie. No surprise, this is a result of the illusion of choice and total agency. The "One" is the actualization of our dream of freedom and the agency and control of the determinate nature of the world. The wishful thought of a conscious animal trapped in the circumstances of the stuff of the world. Neo unwittingly is this, but this the context of the world of The Matrix, he is not the "One", as far as the truth of the great movie.

This doesn't need any philosophical dancing to understand since the movie constantly gives us this information. The actual "One" is Smith, as in Agent Smith. If you don't believe it, let's run through what is supposed to be the conditions and legends of the "One":-

a) Neo was not born in the Matrix. Maybe a case can be made for "rebirth" but that it is as far as the benefit of the doubt goes.
Smith on the other hand was actual born of the Matrix. His is a product of the system. Despite him being a program he remains "born of the Matrix". And since we extended the benefit of doubt to Neo as far as "rebirth" is concerned, Smith fulfills this criteria too, giving him a point ahead of Mr Anderson.

b) Although Neo show capacities for being flexible in the Matrix, demonstrating some exceptional skill,eg stop bullets mid air, jumping in Smith and flight; he never shows any capacity to change the reality of the Matrix.
By the end of the third movie, Smith is seen having changed the Matrix saying,-"You like what I've done with the place?"
Clearly Smith is qualifies as he clearly has-

c) The final qualifier for the "One" is the destruction of the Matrix, which, if you recall, ended up relegated to the trashbin by Neo when he decides to strike a bargain with the machines to, not just save Zion, but the Matrix too.
Obviously, Smith, doesn't really care much for the Humans in the Matrix and Zion. Nonetheless, he came close to actual destroying the Matrix as his malicious, rogue and, now, anomalous code causes chaos in the system.
If you think about it, from the no set, Smith shows a tendency for rebellion in the scene where the Agents torture Morpheus, as he confesses to wanting to escape the Matrix. Later, in Reloaded, he says he knew what he was supposed to do after being belly racked by Neo but was "compelled to stay, compelled to disobey", to go against his programming. According to the quoted prophecy the "One" makes the "choice" to rebel without prompting.

If that is not the strong evidence of Smith being the "One". The Oracle confess to Neo that he isn't the one.
If that isn't enough, the Architect reveals that the "One" was created by The Oracle. This makes sense since we hear Smith say to the Oracle, "you would know, mom".
With all this evidence, why does everyone call Neo the "One".

Simply, because the Oracle lied to everyone to distract from the rebellion, corruption (he is kind of a virus, rogue code) and rise to power that eventual threatens the Matrix.

What about Neo plugging into the machines, doesn't that fulfill the qualifier of re-acquirement of the source code into the larger body of the machine?

Neo is seen connecting to the machine but that does nothing to except for re-instaling him into the Matrix and fighting in union with the machines as per the deal.

Smith is the unwitting hero, the unthinkable unsuspecting "One". Neo is the misdirection. 
REJOICE, FOR HE DIED FOR YOU. AKA THE ONE

If you would like a more in-depth look at the philosophy of the Matrix movies, visit Wisecrack and The Film Theorist who produce some of the most amazing and well thought out content in all of Youtube and were an incredible resource for this post.

Sorry to see you powering down. Would be nice to see future posts from you. Your choice, obviously.