The Golden Rule (Winter Solstice 2of12).

In the previous post, we acknowledged the possibility of ultimate meaninglessness in a Godless and non-extraterrestrial universe. Nihilism all the way up and down and that has led to a psychopathic prison planet being run by, well...psychopaths. We'll move on to more hopeful possibilities as bleak as they may be given the above truism.

Religion! Oh, my, here we go then into the mire. About 10,000 years have passed since the first collective narratives started trying to make sense out of what humans found themselves in. This history is littered with every imaginable claim and the fact of the matter is that there is next to no objective evidence for any religious claims whatsoever. After 10,000 years the only significant data we have is the mild efficacy of yoga and meditation in relation to the human body-mind. There's not a shred of repeatable  verifiable evidence for any other claims regarding a soul or anything else along those lines in all of religion. *Facts!

So who were the Godmen, then? Well, it appears they're mostly solar anthropomorphism. Mythologies reified. I sincerely doubt that any of them existed historically, as written. Some of them may have existed as real human figures but I'm convinced that they didn't exist in the way conventional religion asserts. This series of posts will largely deal with the Jesus figure who I refer to as the Kristos--a Gnostic Aeon... Whoa, Nellie! I thought we were talking about a Godless material universe! We were and now it's time to move on and try and make sense out of this over the next 11 days--there's time to make my case. Nonetheless, this narrative of who he was is about one of the only ones that make any sense out of the near complete absence of evidence for the stories in The New Testament and the Bible.

The reason there's next to no evidence for the official stories being true is that they didn't happen--not in the way described, and certainly not for the inane reasons given. These series of posts will now more than less work from the premise that the Pharisees and Sadducees did indeed, encounter the Kristos on occasion, but those encounters probably didn't look as described and not for the reasons indicated.

Some of you may be noticing a conundrum now: if these beings exist then how come they don't show themselves? Why are they letting the illusion of materialism take front and center stage? Well, certainly, these are good questions and like I already mentioned--this series of posts is going to speculate on why that is, what the agenda is, and why The Golden Rule is the ONLY thing that matters when it comes to your existence; in fact, it's really the only thing the Kristos taught--along with the knowledge that you don't belong here.

*NOTE: for any claim to be verified in any meaningful way the claims have to be repeatable​and verified by a large number of skeptical peers. This is called scientific consensus. Anecdotal documentaries don't cut it. Anecdotes themselves within this field of inquiry are logical fallacies. Having said that, there is empirical evidence for the bodily and calming effects of yoga and meditation but there is still zero empirical evidence for subtle energies. Now I think they might exist but we need to be extremely cautious in dealing with our speculations on this particular issue. And no, there is zero empirical evidence in the efficacy of prayer.

Links to previous posts in this series:herehere 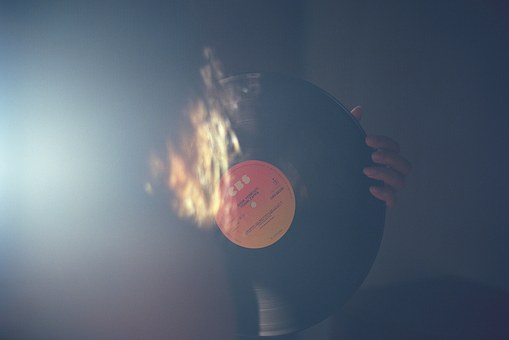