Aspins or Askals are mongrel dogs in the Philippines. The name "askal" is a Tagalog term for asong kalye or "street dog" as these dogs are commonly seen always wandering the streets. The Philippine Animal Welfare Society (PAWS) has suggested the term Aspin, short for asong Pinoy (Pinoy dog) probably to avoid the stigma associated with the term "askal". In the Cebuano language, mongrel dogs are called irong Bisaya, which literally means "Visayan dog" or "native dog". This is only from a Bisayan point of view since Irong Bisaya don't differ in character or physical appearance from the other Aspins found in the entire Philippine archipelago.

Physically, the dogs come in a variety of sizes. Fully grown ones are 12-19 inches. The coat can be short haired or rough. Coat colors ranges from Black, Brown, Brindle, Gray, Cream and White. Spots are commonly found at the base of the tail and at the back. The snout sometimes appears black if the coat color is brown. The tail is usually held high and the ears can be floppy to fully pointed upwards. The bone structure of a native Aspins is on the medium range, never heavy like bone structure of the Rottweiler breed. Aspins are often more resilient and street-smart than purebreds.

Aspins have been raised traditionally as guard dogs of the home or property, They are always suspicious of strangers, independent and protective of their owner's family members. They are also great as companions to young children due to their devotion to family members. They are usually trusted by their Filipino owners to roam around the neighborhood to socialize with other dogs which is why these dogs are mistaken by Westerners as stray dogs when, in fact, they're not. They are, however, expected to be home before sunset especially the males who would always be looking for females to breed. Female dogs usually stay home and are great watch dogs.

Aspins were allowed to compete in the First Philippine Dog Agility Championships in 2013. These dogs have been successfully trained by the Coast Guard to identify bombs and drugs by scent. Follow me as @darthnava: "Steem On when the Steem is not steemy enough!" My first dog was an aspin but it died years ago, I can surely say nga grabe ka devoted ug loyal sa mga aspin. Until now i still have two dogs, ang isa kay aspin mix. We even have this group nga pet rescue and feeding to street aspins sa Iligan 😊 will be making a blog on it soon. Thank you ane sir, you reminded me of my beloved doggies. 😊 God bless and have a good day

God Bless you for helping to feed the poor street dogs of Iligan. 😊

We have two of that back in our hometown sir @dartnava 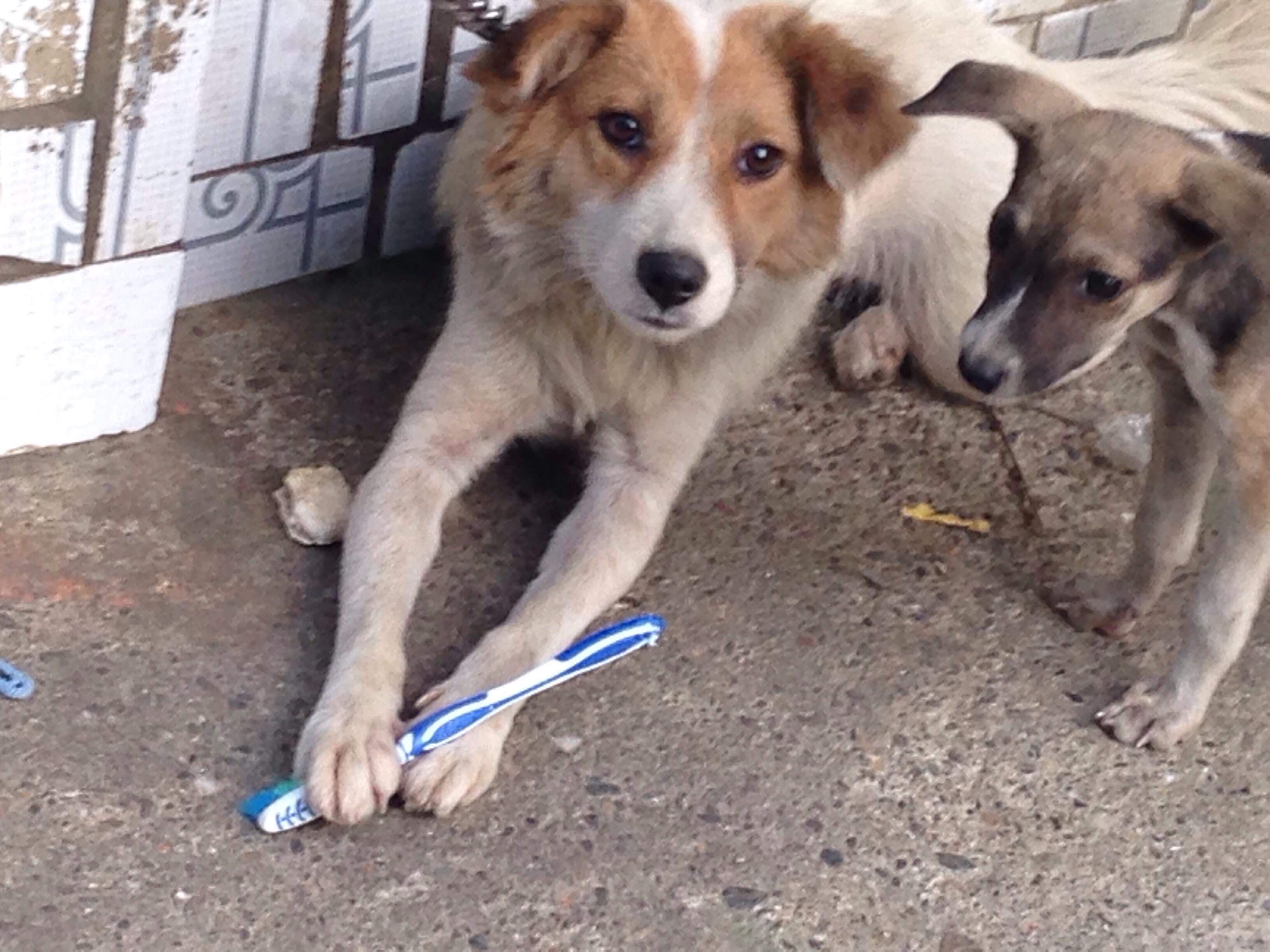 That is good! Take care of them well so they'll live long.

Ha-ha...Better the ankles than the balls!

wow amazing dog breed indeed and honestly i don't know about these dog's before but today cutesy to your post i able to see them and also came to know about them and after watching video i really like activeness of these dog's and i think we can also use them as house pets, thanks for telling us about this dog breed friend, Stay blessed

thanks for the information @darthnava,,we also have our aspin in our house,they are all smart,and charming.

specially aspin loves truly the their members of the family,and that is my experience since we have already we have a dog.

The dog has one excellent mental quality - she remembers kindness. She guards the house of her benefactors until her death. I liked your post. Have a nice day.

Yes, that is true!

We also have this pooch in our family, Spot! He's playful, aggressive sometimes but he brings happiness to our family. Ahahaha, yeah maybe because how the picture is captured.

Aspin seems like this is the dog my friend has it look more similar to them thanks for a detailed post bro :)

Wow. So askal are mongrel. In my country too mongrel dogs arr resist to many diseases like babesiosis and other parasitic infection. I often use them to do small animal surgery in veterinary school for ovarioshyteretomy. They are beautiful dogs one to have. I love dogs so much. Their companionship cant be over emphasise. Thank sharing this with us. @darthnava

i really love dogs and getting to know a lot from your post along the way :)

i remembered my late aspin chikoy :(

Yes, good pet dogs will live forever in our hearts.

wow they are so cool awesome breed of dog i came to know today all thanks goes to you :)

I didn't know what aspin means until I read your post. I thought its just the "sosyal" way of saying askal. 😂

dog breed aspin really very cute dog of phillipines.i love dog.i have a dog.he name is maxi.this time i see your video and i am really enjoyed it.every people should be dog love properly.thank u very much for ur good post.. @darthnava

they are simply amazing and looks adorable not too much dangerous look hahah :)

good information of mongrel dogs, take some photos of your city dog and welcome to join #dailypetphotography !

It's a nice blog.keep sharing.thank you

You got a 29.23% upvote from @ipromote courtesy of @darthnava!
If you believe this post is spam or abuse, please report it to our Discord #abuse channel.

Dogs are lovable if it is trained properly. They also need love and care from us and sometimes it is a stress reliever when you go home. Whether it is Aspin dog or not, they really help us human as you said they serves us our guard in the house.