Up and running with OpenBazaar. (a decentralised ebay)

Since 2009, we've been gladdened by the successful deployment of the world’s first truly decentralized money: bitcoin. But up until 2016 did we see the first decentralized marketplace. The dark web’s silk road and alpha bay where great places but where centrally managed but we hadn’t seen an ebay-like platform where individuals could list their products and sell directly to buyers with no middleman involved. 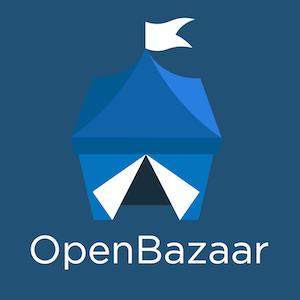 Say hello to Openbazaar; an online store which gives anyone anywhere the opportunity to sell practically anything peer-to-peer. This I would say is the first implementation of a decentralized market place. The platform has been up and running since mid-2016 but had a few hitches which the recently released Version 2.0 fixes. Image source
Unlike ebay where you’ll are charged north of 9% of your sales (minus PayPal charges) and these sales are only possible upon verification. With openbazaar, there is ZERO cost of listing and selling your items and no Jeff Bezos or Devin Wenig to tell you what to sell. You can list your items for as long as desired. Version 2.0 is built with TOR so transactions could be made anonymously.

One major challenge dApps have to grabble with is having to host content on the web even when offline. With IPFS, your store can be reseeded by other users making your content available even when your device is offline.
Version 2.0 comes with a built in bitcoin wallet and is integrated with shapeshift so payments can be made directly from your app and also with altcoins. 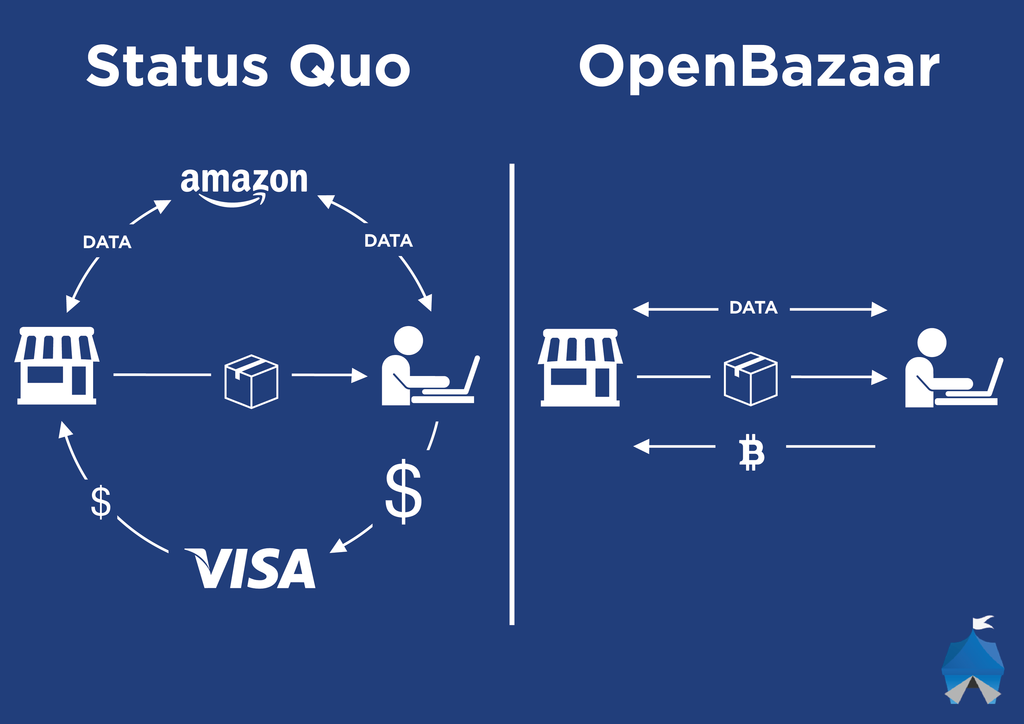 “Now no middle men and so no escrow system, how the heck can we trust these suppliers?” asked an online commentator. Openbazaar offers a solution. If you can’t trust the seller of the product you intend purchasing even with a good rating by previous buyers, one could hire a moderator. These are trusted third parties who hold the tokens until delivery is completed before releasing payment to the supplier. Yes this takes us back to centralization but you shouldn’t be paying 9% plus for mediation and payment is only made in dispute cases. When using a moderator, payment is made to a mutisig (an escrow which can be controlled by at least two of the three parties; the buyer, the supplier and the moderator). The openbazaar blog has described best qualites for choosing a moderator. As time goes on, you might come to trust your supplier and wouldn’t require any middleman. Here, discussions are made about the best moderators.

The android and web platforms are still being developed but the desktop app is available. On registration, you are assigned a unique ID (a prototype of an ip address). This identifier can be reduced to a @handle just like you have it on twitter.
No one would find it funny always typing or copying and pasting your ID string so a handler would need to be registered. This assigns a user friendly name to the awkward 56 bit string. This free and easy registration is done at onename.

You might want to search for listings on the web before launching the app. Bazaarbay is a web based search engine just for that.

I seen Bazaar Bay had tweeted they are indexing 2.0 now but not sure if reflected on the site yet, however http://rawflood.com has come out of no where as a 2.0 index. I'm guessing DuoSear.ch is waiting for OB2.0 to come out of Beta or something before changing their site. Did you set up a shop?