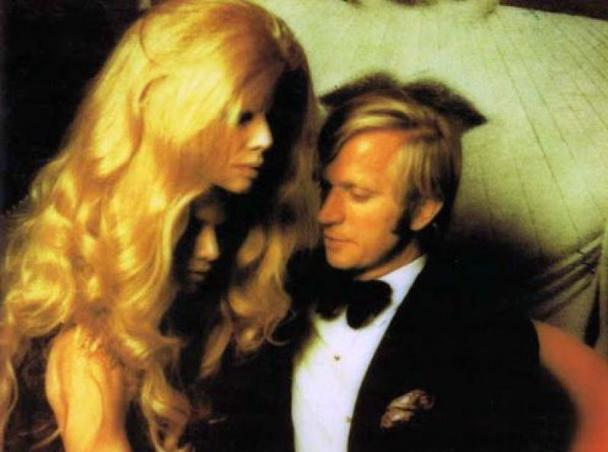 CNBC Calling the Top on Bitcoin!

The fake new media is at it again.

The top trending story on CNBC claims that Bitcoin’s price -- in terms of US Dollars -- is in a big ole’ fat ugly bubble. The cryptocurrency space is squarely in a short term down trend as a string of fear uncertainty and doubt (FUD) related news has come out over the past month or so. It adds insult to injury now that CNBC is dressing up Bitcoin as Donald Trump for Halloween and spanking anyone’s bum-bum who thinks of purchasing a decentralized digital asset.

The specific news article in question, written by the typical plebeian financial journalist, is an apparent trash heap – forwarding no valid argument against the current price evaluation for Bitcoin. However, the article forwards many ineffectual appeals to the emotional sentiments of Hillary voter types; meaning that only people who don't know what the hell they are talking about could agree. This article is otherwise known as fake news.

Who Writes This Trash?

This sloppy bit of journalism is par for the CNBC-course. The no-name author, who goes by the name of Ron Insana, is better known on the streets by his trannybar stage name “Puinsai-na, dog” -- a compound word sobriquet, which lends its meaning to the fact that whenever Ron Insana wants to puinsai, people tell him, “na” so he gets off with a dog. Why You Call Him That?.. ‘Cause He Puinsai-na Dog!

The purpose of this article is point out the fallacious nature of the establishment's public stance on digital assets; especially when it comes to the arguments and articles of financial figureheads and the business media. There are a couple glaring issues with the, “Bitcoin is in a bubble, and here's how it's going to crash” article.

First, the author, “Puinsai-na dog” voices his agreement with the JPMorgan Chase CEO Jamie Dimon’s core premise against Bitcoin’s evaluation. Jamie says, “It's worse than tulip bulbs. It won't end well. Someone is going to get killed.” Freaking sweet argument, bud; I wish I had more time to read into Jamie Dimon’s nuanced citations, but the clear cut and sweeping analysis would make redundant any further depth into the topic, and for that reason I’m out.

“Puinsai-na, dog” lists the following reasons for why Bitcoin is overvalued in terms of dollars: 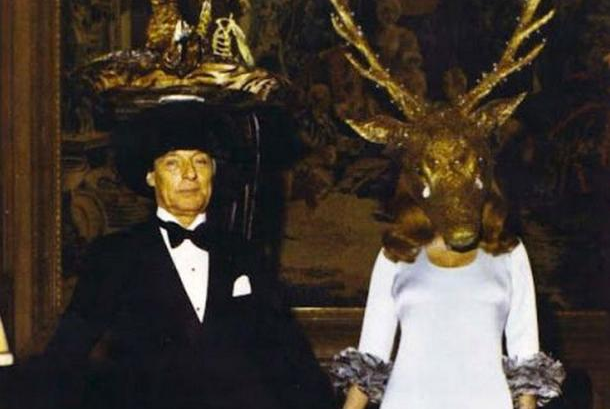 Arguments Against the Elites

Now I will demolish these, “puinsai-na, dog” FUD talking points.

First, the reason why assets are moving higher is because of dollar debasement and low interest rates. The global credit market continues to bloat. We are in the longest bull market in the history of US equities due to expanding balance sheets. In other words, the guys who get to print their own money are buying shit, and printing more money and buying shit. Over and over the cycle continues and assets prices increase to stay afloat with the inflation of an expanding money supply.

If Bitcoin is in a bubble due to speculation, then any other class of assets has suffered price inflation due to the same market forces. However, the health of US equities are no where near their fair market value. The period that we are currently in is being termed as the, “everything bubble” and this will certainly effect the price of Bitcoin in terms of US Dollars. The speculative assets listed on the S&P 500 are much more in a bubble than anything related to cryptocurrency, and when the dollar crashes, digital assets will skyrocket as a dollar alternative.

The prices of equities are directly linked to the debt creation of central banks.

While study and adoption of this way of thinking will take many hours of research, the clear and proven method to extract one’s wealth out of this inflated market mess is investment into dollar alternatives. Given that equities and the supposed save haven of bonds are both in a massive speculative bubble at the same time, individual investors are looking for new and proven stores of value which include digital assets and precious metals, respectively. In my opinion, precious metals investments via gold, silver and mining stocks provide the best entry value as they are the most undervalued asset in existence right now. However, digital currency is currently free from central bank and financial institutional evaluation depression that precious metals are under via the ETF market; and Bitcoin will continue to increase in value compared to the dollar and US equities.

Absolutely! Bitcoin does not have the might of the United States military and banking system behind it. Therefore, Bitcoin and related blockchain backed digital assets cannot coerce themselves into global adoption, as the US Dollar has through military force. However, Bitcoin remains the go-to digital asset for US Dollar transfers into the cryptocurrency space. Since Bitcoin is fully liquid and convertible into every cryptocurrency, it acts as the reserve asset behind each cryptocurrency in the space. Therefore, Bitcoin has already been adopted as a global currency, if only within the blockchain space as it is now, and convertible into a future or better digital assets as they are created.

There might not be a better speculative asset than Bitcoin from a USD price perspective. Cryptocurrency can be traded between individual investors who do not have enough cash to get into the equity market. This is because cryptocurrency is fungible (able to be broken up) to a much greater degree than any other asset. One ought to not trade just, “full (singular units of) Bitcoins” on the market. In fact, one can purchase even a 100-millionth of Bitcoin or alternative digital assets of the like. A 100-milionth of Bitcoin is valued at approximately one cent USD and is called a satoshi unit. Trading between cryptocurrencies can be initiated with an investment of only a few dollars to begin with in the search of profit. Traditional alternative in, “penny stocks” on the market have the same effect but are back by trash companies; not worth a satoshi of Bitcoin. In the cryptocurrency exchange market, a $100 investment can be diversified between many complementary and pioneering companies in the budding blockchain industry.

Can you imagine what traders are going to do with this crypto-market going forward? There has not been a free market of commodities for a long time and this one will be globally accessible through the internet. Amazing and trying times coming up quick. That’s right, if you can’t beat them, get enforcement agencies to kick the shit out of anyone who tries to ditch the Federal Reserve System and implicit-bailout guaranteed banks. 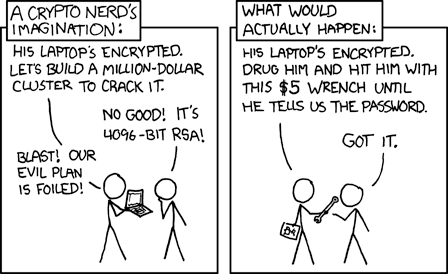 For any reader who thinks that the United States is a capitalistic or market economy, think again. The implicit guarantee that the Federal Reserve gives to its banks make this system at best a monopoly/oligarchy and at worst a Socialist/Technocracy; and either way the government manages traditional markets.

Central management means that your paycheck buys less real goods month over month. Only an elite few banks receive interest free loans through the money multiplier effect at the Federal Reserve’s, “discount window” as well as other exclusive sources in a rigged game we call the banking system.

Bitcoin, like US Dollars, can be used to purchase goods and services that society shuns. This includes the utterly despicable trade market of the dark-web. Even Anarcho-Capitalists believe in freedom to the greatest extent, but not without consequences. Criminals and evil-doers have been using cash to make anonymous payments; the same type of cash payment that the US Government shipped to Iran a year ago. However, using cash for crime does not undermine the central authority of the state; which Bitcoin does for the purchase of anything, and this is why Bitcoin is being set up.

Globalists target Bitcoin because it is a technology that will usurp the hegemonic control mechanism that central banks and government have over global trade. This power will be transferred in the form of wealth and freedom to the greatest degree for those who can extract resources from the current paradigm and see their wealth transferred to the future through an inevitable rough come-down from the opioid-like market high that central bank stimulus has provided the market.

What do I say to authoritarians who are intent on controlling my wealth?
Come and take it!

In closing about the value of Bitcoin, “Puinsai-na, dog” says it best:
"But as in the case of many prior breakthrough technologies, the transformation will indeed be disruptive and extremely important even if the first mover fails to survive".

..."Transformation." Wow, he actually admitted it. What a cunt! He can't even puppet right. Although, he loves the fist up his ass.

Government is the tool by which a privileged class is able to enrich themselves and control the masses. This is done through the use of regulation, coercion and monetary/market manipulation. While that is a story for another time, Bitcoin offers individuals the ability to store their wealth outside of the government debt Ponzi scheme that will inevitably crash, stagnate or inflate its way to irrelevancy. This is the result of managed markets.

Bitcoin is a digital asset that is outside of the economic hegemony of central banks. Therefore, Bitcoin will continue to rise in value against US Dollar. Fiat will be sacrificed at the alter of hyperinflation, to be abandoned for a coming cashless, traceable and monetarily accountable blockchain standard. Regardless if state controlled cyrptos are the next step, Bitcoin will be transferable into this system, while dollars will serve as a rough tissues for mopping up salty loss-of-pension and 401k related tears when the Federal Reserve System sadly fails the fiat-reliant plebeian. Thanks for nothing, “puinsai-na, dog!”