On a beautiful sunny day I went to visit the historic home of a very distinguished scientist, Sir Isaac Newton.

It is in a picturesque village near Grantham, right in the center of the UK. It is run by the National Trust organisation. It is a small site but well worth a visit if you are a physicist like me.

Isaac Newton was born here on Christmas day, 1642. This was just at the start of the civil war in the UK, where Oliver Cromwell and his new model army and the Presbyterians took on the Episcopalian King. (It didn't end well for the king). It was a perilous and dangerous time to live, with much fighting. Isaac Newton's family seemed to have stayed away from any controversy and stayed away from danger. They were clearly quite a wealthy family, doing business in farming.

So, here are some pictures I took of his house.

(The front of the house. Note the apple trees ;) ) 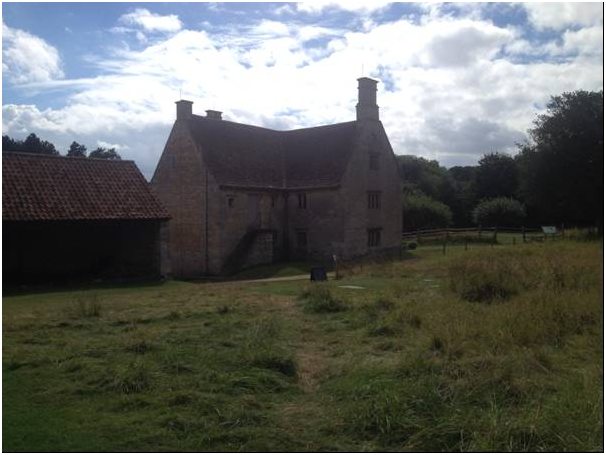 (The back of the house and farm buildings)

Now, Isaac Newton was quite an eccentric chap. He had a curious passion for understanding things in an obsessive way. Apparently he stared at the sun so hard it made him blind for three days! The farm girls thought he was a very strange boy and would tease him.

And now, inside the house: His portrait in the living room, without his famous wig. Wow, what a picture! 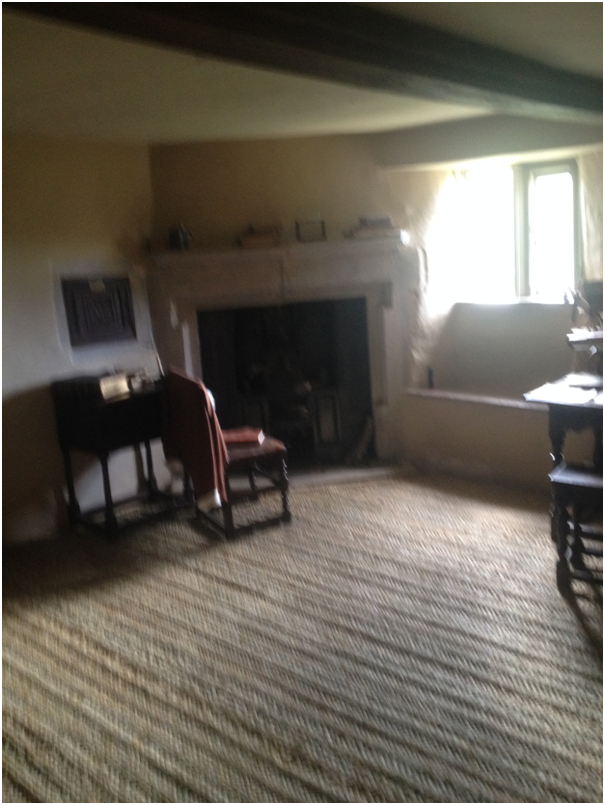 In this very bedroom, he famously shone sunlight through a prism splitting it into a rainbow and showed it could not be split up further; demonstrating the constituent colors of light. His writing desk. At this very desk, Newton probably wrote something. With a feather pen. 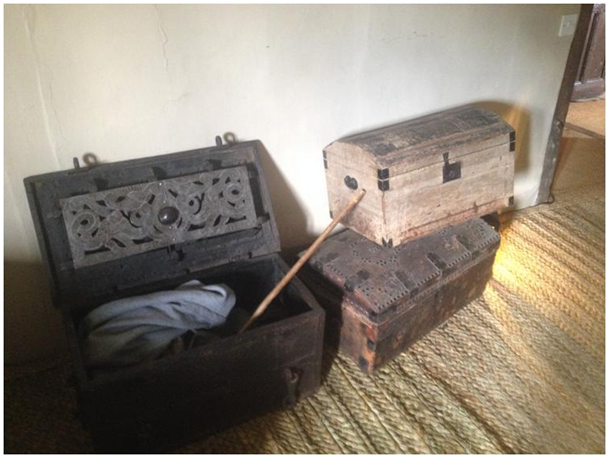 Newton's travel chests. They're quite beautiful. These would have probably held his personal items when he traveled to Cambridge, and later to London when he was a politician and master of the mint. The view from Newton's bedroom window. I was very taken with this. This was what Newton would have woken up to every day and looked at as he daydreamed in his room as a young man. 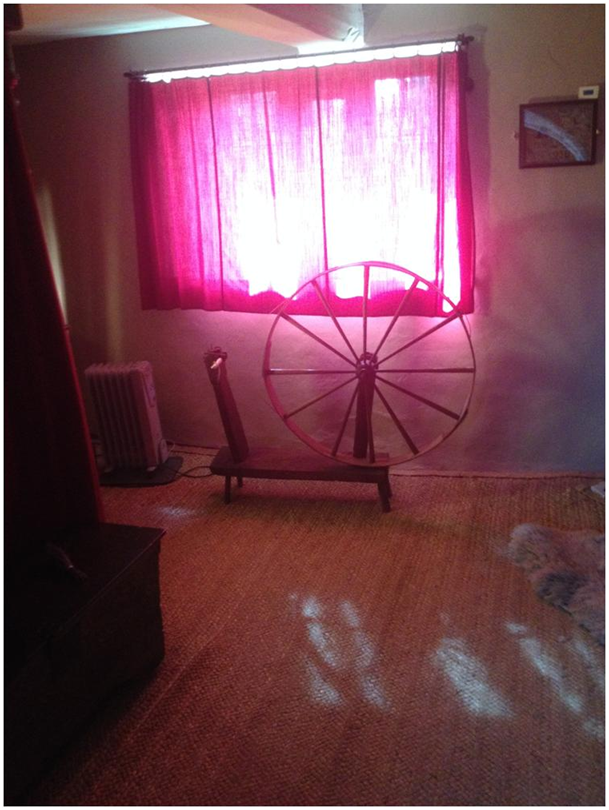 The room where he was born, apparently. Very touristy, with the spinning wheel. Well they did farm sheep so I suppose someone would spin the wool. Someone put an electric heater there, not sure that's Newton's heater :( Newton made his famous discovery by looking at the apple trees and seeing one fall to the ground. He then extrapolated this to come up with the law of gravitation. A remarkably simple and beautiful law, showing that things are attracted to each other based on the distance between them. It holds for small objects like apples right through to massive galaxies.
He wrote all this in a book called Principia Mathematica. A very over the top book written very grandly in Latin. 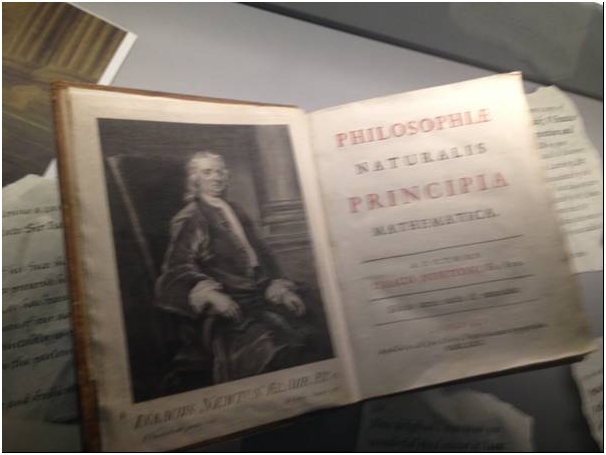 I walked into the village and saw the church that Isaac Newton went to. There is a carving of his on the wall. It was most interesting thinking that Newton would have walked here every Sunday and went to service here. It probably hasn't changed that much I wouldn't think. He may even have tried the organ. (The house from the road) 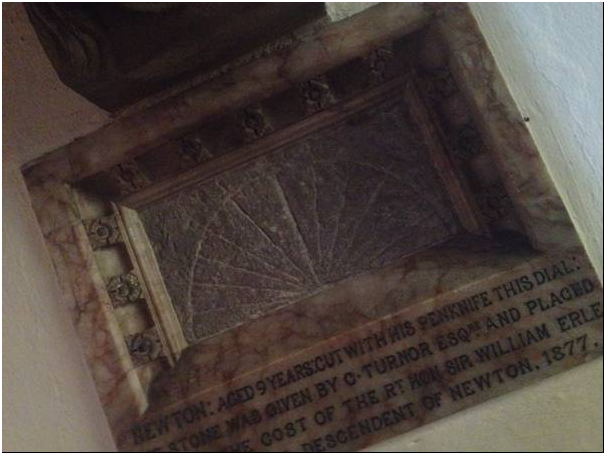 (A carving Newton made in the church, aged 9. It was well hidden and hard to photograph as it was high up on the wall) 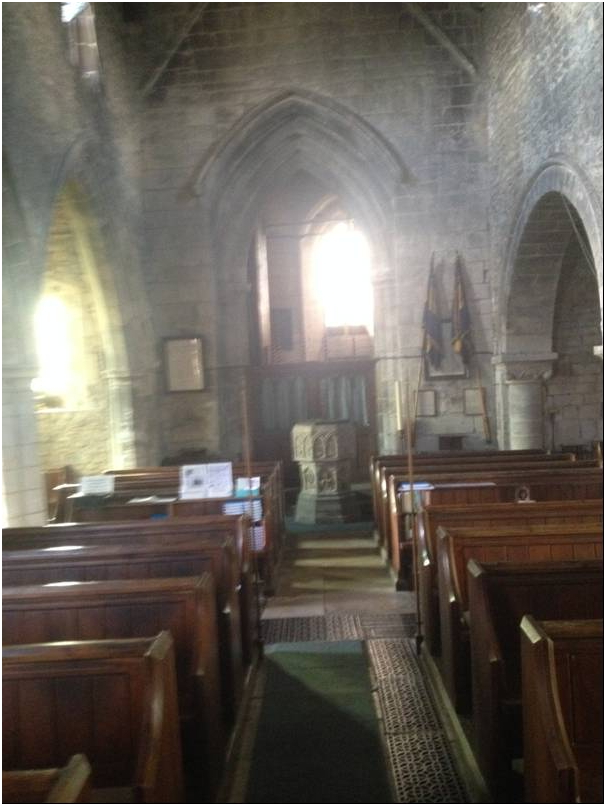 Overall, a very fascinating visit for me. On writing this, I found out that Einstein once visited this place too. Wow, maybe I stood on the the same stone floor that both Einstein and Newton stood on!

Submit
$0.11
8 votes
0
Authors get paid when people like you upvote their post.If you enjoyed what you read here, create your account today and start earning FREE STEEM!