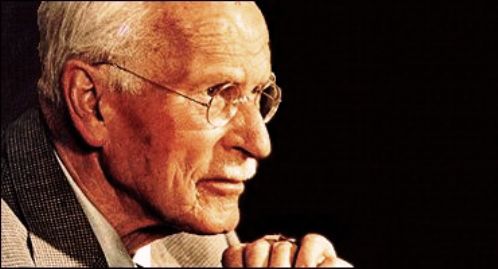 When I posted my last article on Esalen and its connections to Jung, some took offense at what they saw as miring the good name of a visionary. I have in the past thought of Jung in much the same terms, so it is with genuine dissapointment that I feel the need to relate some pertinent facts about him and his publicly acknowledged work for the CIA. Jung worked for Allen Dulles directly, who was Jung's handler. Jung went by the agent number "488." This is publicly available information, but not well-known. It is also sanitized, only admitting that Jung worked on personality profiles for Dulles on people like Hitler. What becomes most deeply disturbing about this connection is that we know that Dulles was the first and longest serving Director of the CIA, who oversaw the beginning of the MKULTRA program. Dulles is widely known to have been a consumate psychopath. That Jung was directly working for Dulles himself as a matter of public record is deeply concerning and suggests that as an analyst, he may have been working on other CIA psychologically related activities, such as mind control of both the masses and individuals. 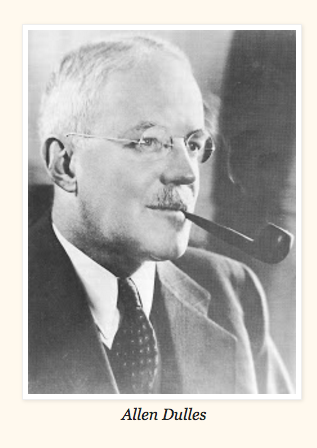 Jung And His Multiple Personalities

When we read Jung, there is copious reference to his own state of very likely multiple personality disorder. Psychology Today even published an article on "Jung's Split Personalities"

Jung's Wikipedia entry mentions his 'multiple personalities' directly. It states: "Jung was a solitary and introverted child. From childhood, he believed that, like his mother, he had two personalities—a modern Swiss citizen and a personality more suited to the 18th century. "Personality Number 1", as he termed it, was a typical schoolboy living in the era of the time. "Personality Number 2" was a dignified, authoritative and influential man from the past. Although Jung was close to both parents, he was disappointed by his father's academic approach to faith."

It is referenced in his book "Memories, Dreams, Reflections."

On page 80 of the text version, Jung writes:

"This period of my life was filled with conflicting thoughts... No. 1 wanted to free himself from the pressure or melancholy of No.2. It was not No. 2 who was depressed, but No.1 when he remembered No.2. It was just at this time that, out of the clash of opposites, the first systematic fantasy of my life was born..."

Even Jungian sources reveal that Jung and his relatives had displayed dissociative symptoms: "....trauma in both of their lives, which seems to me to have played a larger part in the development of their conflicted fantasy life and to obvious dissociative symptoms in childhood and adolescence, than Jung has acknowledged. Jung appeared to have healed his own inner splits by innovative self- healing methods, involving written inner dialogues, fantasy journeys, playing with water, sand and rock that he made into a miniature town, and painting his dreams. He also described the apparent resolution of his cousin's dissociated state following her participation in a series of seances that Jung attended."

...... "She exhibited habitual visions or hallucinations at seances which Jung attended, along with his mother and other family members. In the dissertation Jung stated that the seances took place between 1899 and 1900, when Helene was 15. Goodheart (1984) has discovered, from studying a contemporary account written by one of Helene's relatives, that Jung helped organise these sessions as early as 1895, when he was a 19-year old first year medical student, with his 13-year old cousin as medium. His purpose was "to pursue his profound curiosity about occult and spiritualistic matters." The same Jungian source also tells us that: "He said that dissociation "allows certain parts of the psychic structure to be singled out so that, by concentration of the will, they can be trained and brought to their maximum development....This produces an unbalanced state similar to that caused by a dominant complex -a change of personality" (Jung (1960), p122)."

This is EXTREMELY significant as the language here from Jung distinctly terms the splitting of personality as controllable and to the benefit of "Maximum development," which supports the theory of my earlier Esalen posts which hypothesized that the Human Potential Movement referred to the intentional creation of multiple personalities under the pretext of 'maximizing "potential"' via what they pretended to be beneficial splitting.

That the same psychoanalyst who refers to himself having distinct multiple personalities (and his mother being in a similar state) is extremely relevant in addition to his work for the OSS and CIA directly under Allen Dulles.

Jung, The CIA And OSS

We know from Jung's Official Biography that: "In Jung: A Biography, author Deirde Bair tells us that Jung was “Agent 488”. He secretly worked for the Office of Strategic Services, which was the predecessor to the CIA. His first contact with the OSS was through his patient Mary Bancroft. She worked for Allan Dulles who was the OSS chief in Switzerland and later became the first Director of the CIA. In 1941, during World War II, Jung’s job was to analyze the psychology of leaders. In return Jung became privy to top-secret Allied intelligence. In 1945, General Dwight Eisenhower read Jung’s ideas for persuading the German public to accept defeat. Allan Dulles relied on Jung’s psychological advice, including Jung’s prediction that Hitler would kill himself. Later, Dulles said that “nobody will probably ever know how much Professor Jung contributed to the Allied cause during the war… [and that his work needed to remain] highly classified for the indefinite future.”

Deeply ironically, one of the articles publicly discussing Jung's connection to the CIA and OSS is none other than Chelsea Clinton rag The Daily Beast, with their article titled "The Shrink as Secret Agent: Jung, Hitler and the OSS."

Though the article white-washes much of this history, it does diagram a close working relationship between Dulles, who was the head of both the OSS and its daughter agency the CIA during the initial years of the programs like paperclip and artichoke which brought Nazis into service for the U.S. after the war. Dulles oversaw the beginning of the MKULTRA and similar programs, and is regarded by many to have been a consumate psychopath, and needs no further introduction here.

What is undeniable is that Jung worked for the OSS and CIA, to such a name that he was given a codename, 488, with his handler being none other than Allen Dulles. This is a huge point to understand for those who see Jung as a visionary in comparison to someone like Freud, who is widely known to have been debauched. Jung must not be overlooked simply because we want to think well of him, otherwise we are no better than those who blindly defend Clinton or any other public figure against logic and fact. That Dulles, who oversaw MKULTRA and untold atrocities, would praise Jung so highly is extremely disturbing and suggests that it would be intellectually irresponsible to view him as having had purely noble intent.

The associaion with the OSS here is important because as discussed in the RA Anon series, NGO's such as Esalen and Findhorn included founding members who are publicly acknowledged to have worked for the OSS.

Gregory Bateson, an Anthropologist and Cyberneticist, was an OSS psyops operative (as a matter of public record) and he was an important early figure at Esalen who had strong contact with John Weir Perry, a Jung acolyte who founded a house in which he could study madness directly and away from the prying eyes of governmental oversight, in a project which closely mirrored the efforts of Tavistock's RD Laing - who was also an important early visitor to Esalen. 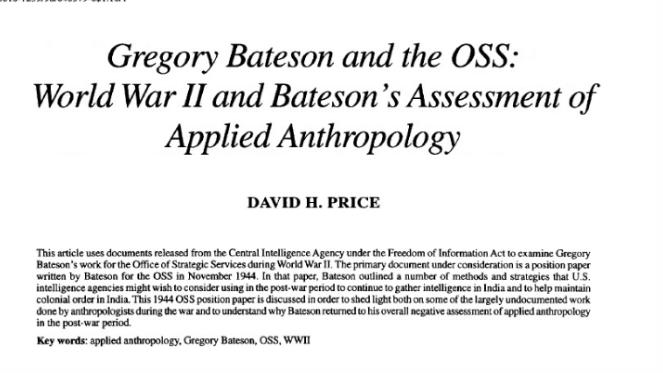 At Findhorn, the founding Caddies had also been members of the OSS, as well as members of an esoteric cult associated with the founding of Wicca and Gerald Gardner. This combination of military service as well as their openly reported work for the OSS, again in black propaganda, is an interesting and repeated mix. I wrote about the Caddy's OSS service and their cult connections in my earlier posts on Findhorn: On Jung and Tavistock

Both Jung and his lesser-liked counterpart Freud were involved with Tavistock directly.

A pdf on Jung's Tavistock lectures are widely available in various forms. The pdf is hosted by a Jungian site based in Brazil.

In one of these Tavistock lectures, Jung discusses the collective unconscious in the following terms: 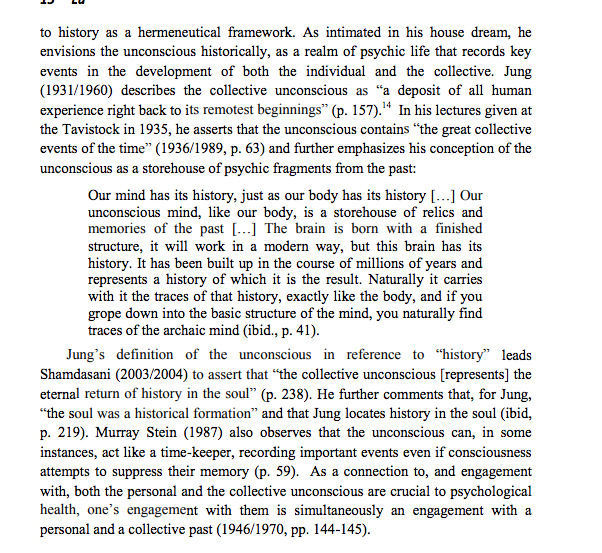 Many, even in the pedogate research area, greatly respect Jung and his theories. I am not commenting in this discussion on the validity or lack thereof when it comes to his ideas about the unconscious. My aim is instead to point out that given Jung's connection to Tavistock, work for the OSS and CIA with his handler being Dulles himself, it would be irresponsible not to view his work through the lens of the mass mind control techniques described by Huxley in his Ultimate Revolution speech.

The collective unconscious, in this context, would be a vehicle through which methods could be constructed to control the public.

The subconscious is obviously also extremely important in terms of individual mind control, and it is what fragments during extreme trauma. Knowledge of the subconscious would be critical for anyone - Dulles, Huxley, and the like - to control the will of the individual AND the public at large. The language of symbol described by Jung would be perfect in such a cause and may have provided much experimental material for those who were perpetrators of MKULTRA. This is why I find the use of mask and ritual, as seen in ritual abuse, as so disturbing when used by Jung's acolytes like Paul Rebillot.

Jung does appear to have helped in terms of changing the views of the public when he advised Dulles on how to get the German people to accept defeat.

A timeline on Jung's career includes his Tavistock lectures in addition to his interest in native and primitive cultures, including the Pueblo Indians. This is especially interesting in terms of Esalen's similar interest in these varieties of culture: Jung and the Nazis

The Daily Mail discusses Jung's soft spot for the SS, as well as his "multiple personalities," which indicates that he himself may have suffered from multiple personality disorder. His positive portrayal of oligarchy is particularly chilling:

His statement on the positive effect of oligarchy : "There is no more ideal form of government than a decent form of oligarchy – call it aristocracy if you prefer.’

For those who have not read or listened to this speech, the introduction is bone chilling enough to encapsulate the theme: 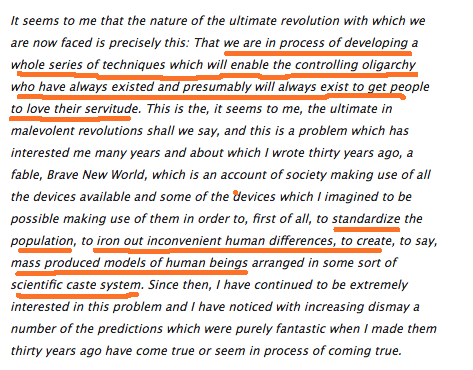 Huxley's statements show why Esalen's dedication of a building to Huxley is so extremely revealing of their real intent: I heard something about this once before, never found anything online until now, thank you for doing this research.