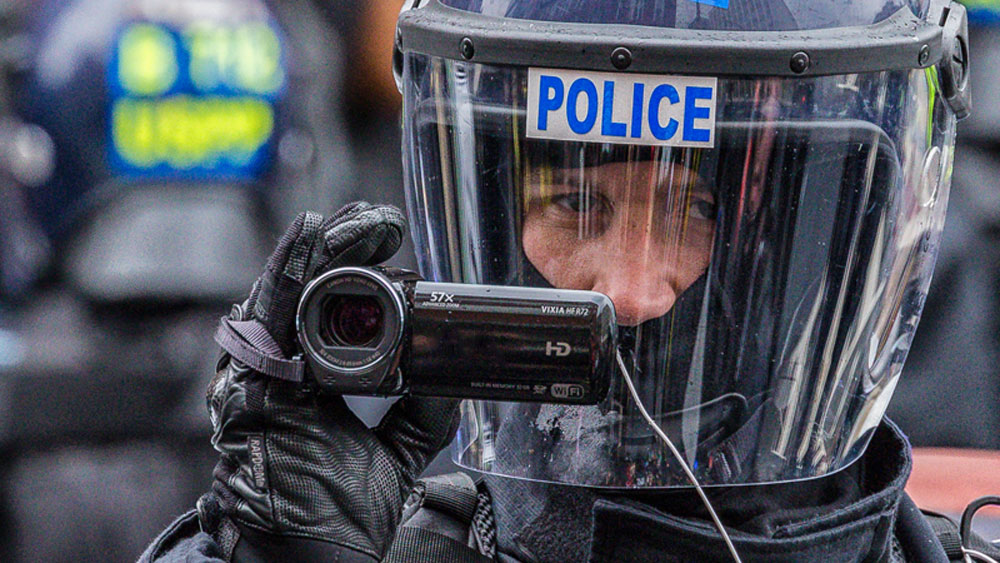 In a testy January 8th meeting, the Culver City Council declined to vote on two purchases for the Culver City Police Department (CCPD) that aim to endow the force with unsettling surveillance capabilities.

First, CCPD Captain Sam Agaiby requested the council double the amount of funds released for an Automatic License Plate Reader (ALPR) system in Culver City. The city has already set aside about $200,000 from the Asset Seizure Fund – that is, citizens’ cash taken directly by the police without warrant or need to file charges, a controversial practice known as “civil forfeiture” – to purchase an ALPR system. At this meeting, Captain Agaiby asked for an additional $350,000 to add 13 cameras to the order, more than doubling the budget request to over half a million dollars.

If purchased, cameras would be affixed to streetlights over dozens of CC intersections. The ever-watching eyes would automatically read every passing license plate and send the information to a private database managed by a company named Vigilant Solutions, Inc. The timestamped and geotagged photos would rest on Vigilant servers for good.

Every car, catalogued and checked

But these servers are not merely made for storage. In real-time, Vigilant auto-scans every single plate for “unresolved violations, wants/warrants etc” according to Agaiby’s presentation. Any flag alerts a multi-community police dispatch network, and in turn the CC Police Department, that a criminal is afoot!

But how about that unpaid speeding ticket? You know, the one you got in Long Beach a while back that you’ve been meaning to pay? Coming soon to an intersection near you.

And since the CCPD can, per Capt. Agaiby, “check a box” to openly share the entirety of their local license plate catalog with every other police department who checked that same box, the Long Beach police will also know.

In fact, any department nationwide who can access Vigilant’s database of 5 billion “detections” (that is, timestamped and geotagged photos of your location) will be able to find out where you are – and where you’ve been.

The proposal elicited audible reactions from the community members in attendance. As Mayor Jeffrey Cooper gave final comment on the matter, deploying the “if you have nothing to hide you have nothing to fear” argument, one woman’s criticism grew louder. In the ensuing exchange, the Mayor asked the woman to leave after she decried the proposal as “bullshit.” She peacefully complied.

The council shuffled the matter to a later meeting, citing the need for a written policy before approval.

An (almost) entire history of you

Discouragingly, the 5-member body's discussion hardly sniffed a concern for privacy, even from the more reticent members. A significant chunk of time was devoted to whether the system could aid in understanding city traffic by tracking cars that pass through but do not reside in Culver City. The answer is yes, according to the Vigilant rep who accompanied Captain Agaiby to the meeting – just pay some more for Vigilant to develop the algorithm.

Of course, analytic software is Vigilant’s actual product. Strapping video cameras to stoplights around town is cheap. Building advanced analytics from the billions of data points those cameras collect is not. But that’s exactly what Vigilant has done.

The company openly and cheerfully touts its ability to find vehicles “associated” with “known criminal vehicles,” to surveil a location over an extended period, and to “quickly determine a list of best known locations for a vehicle based on historical detections.” These surveillance techniques are not exactly innovative – they come straight from the overseas drone war playbook, in which targets can be killed for merely “associating” (that is, regularly being in the same location as) people the government deems are “known terrorists.”

Speaking of drones, shall we turn our attention to agenda item A-3?

Most in attendance seemed to come for item A-3, a certification for the CCPD to purchase their first flying surveillance toys. Captain Jason Sims presented a request for 8 camera-mounted drones, coming in at a grand total of $70,000 taxpayer dollars. Unlike the ALPR item, which only drew 3 speakers from the public, this agenda item attracted around 15.

Opponent after opponent took their 2 minutes to voice fears and displeasure with the proposal. The DJI Matrice 200 series, a drone equipped with night vision. The Culver City Police Department wants to buy 2 of these for $25,000 each.

"This is a solution searching for a problem," argued military veteran Daniel Lee. "We don't need to change our neighborhoods into war zones."

"A city's budget is a reflection of its values," she said, suggesting the council only approve these items if they also approve matching purchases of poverty reduction programs.

And former Culver City Mayor and 31-year resident Gary Silbiger implored the council to seek greater time for public input and engagement on a controversial issue, as the item appeared on the council's agenda only 5 days prior to the meeting, with no earlier notification.

The company selling the drone technologies, Botach, Inc., came under some scrutiny from the public and council. One member of the public noted the company's so-so rating with the Better Business Bureau – a B-. Councilman Jim Clarke also questioned whether Botach was known for supplying personal firearms to law enforcement officers.

Ultimately, the council decided again to pass on voting, preferring to wait for a written policy from the police department. Councilwoman Meghan Sahli-Wells requested publication of that policy 15 days in advance of a meeting to discuss, giving the public an ample two weeks to get involved.

With a host of items already in the works for discussion at future council meetings, it's unclear how soon these items will return for discussion. Hopefully the community is prepared the next time they do.

Hey Steemians, I believe it's essential to pay attention to what your local government is doing with your money. That's why I create local journalism to cover the topics important to me and hopefully my neighbors. Support with an upvote, comment, and follow!

Originally published on warrensz.me on 09 Jan 2018