Bitcoin Continues to Soar in Venezuela 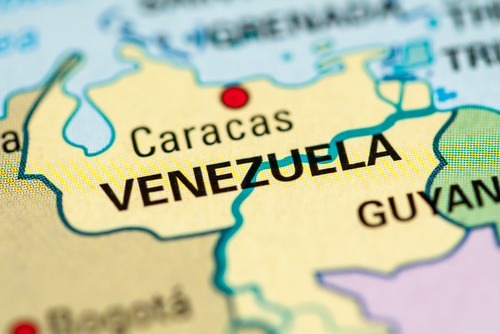 Venezuela’s financial crisis and political turmoil prompted citizens to switch to Bitcoin for transactions. Due to widespread acceptability, this upward trend may continue.
Venezuela has been in the news for all the wrong reasons of late.

The economy has taken a tumble and its currency has lost its value, with one U.S. dollar fetching as many as 6,000 Bolivars, the Venezuelan currency.

Your TOR usage is being watched
The once-popular President Maduro is virtually under siege, and there are agitations and protests all over.

The alternate currency Bitcoin appears to have attracted the average citizen in the country, and people have switched to this cryptocurrency.

The real trigger point was last December, when the president made a decision to withdraw the 100 Bolivar note from circulation.

It turned out that he had to withdraw the decision a few days later, but the chaos that erupted across the country drove many towards using cryptocurrencies—the most popular one among them, Bitcoin.

Initially, it only started as a means of protecting citizen’s wealth, and the Bitcoin route was seen as the way to make investments that can remain high in value, as opposed to the Bolivar that was falling rapidly.

But soon it turned into a deluge, and the value of Bitcoin in the local Venezuelan exchange was piercing the roof.

To place this in perspective, the trading volume of Bitcoin during the past week is twice that of just two months back, standing at some $1.3 million.

Currency for Even Day-to-Day Buys

The vigor with which the Venezuelan public has latched on to cryptocurrencies can also be seen from the fact that it is not just for any long-term investments that they are buying up Bitcoin or other currencies.

Read >>
LocalBitcoins Seller Pleads Guilty to Charges
It is also for use in their regular expenditure on purchases made daily.

These can be divided into three or four categories. One is the trading community that has to make procurements in bulk on a regular basis for their business.

bitcoin standing upright on laptop keyboard with arrow pointing up
With the Venezuelan money going down, the average people are now getting attracted to cryptocurrency
They use Bitcoin liberally for these. If the buyers and traders are both from within the country, this process makes their work quite easy.

The other category includes the people who buy goods or services online for personal use.

Instead of other forms of currency, they use Bitcoin to make the payment provided the site accepts the currency.

Then the ones who wish to take the long-term position of parking their funds don’t want the currency’s value to be eroded.

The Venezuelan Bolivar carries a visible risk, so these people also convert their savings into Bitcoin and leave the money for a later date.

The last would be those who are hardcore currency traders you will find in any country.

They regularly buy and sell various currencies, and this lot has also chosen to invest heavily into Bitcoin trade.

As mentioned, the major devaluation attempted during the end of last year prompted the people to search for alternate ways to protect their valuable savings and to prevent further erosion.

They naturally chose Bitcoin and started buying the virtual currency. The price quoted on the exchange also kept surging up.

It has been a steady and steep climb for Bitcoin since its current value is around 26,000 Venezuelan Bolivars to one Bitcoin.

Read >>
Is Bitcoin The Answer To Australia's Savings Tax?
And there’s no indication that this graph is going to stop or decline.

A great deal of academic research has been conducted on how currencies like Bitcoin gain traction in some parts of the world and not in other countries.

In fact, the London School of Economics has even evolved a matrix called the Bitcoin Market Potential Index.

The matrix basically plots the different factors as available in each country, and shows their results.

The indicators can be a high rate of inflation or the accessibility and penetration levels in technology or, in simpler terms, the internet connectivity.

In addition, if the country’s regime places a lot of pressure on the financial infrastructure, these conditions can apply too.

Based on all these elements, the index found Argentina and Venezuela to be candidates with the highest chances of Bitcoin popularity.

No wonder Venezuela is figured into this, since all these situations apply perfectly.

Those already holding Bitcoin and the new members signing up to buy the currency may keep the trading volume high, and there is only one direction the price of Bitcoin is headed—upward.

Disclaimer : I OWN THIS WEBSITE https://darkwebnews.com/bitcoin/bitcoin-demand-soars-in-venezuela/ everyone who sends me the article they agree to the terms and conditions which mean I can repost there content!

cryptocurrency - this revolution will go down in history

Yes , you are right my friend! I gave you a follow.

Bitcoin and cryptocurrency is the future . Bitcoin is the brand name and will always be here. Around the world, Bitcoin is becoming a house hold name. People are starting to believe in it. Trust is being solidified and Bitcoin popularity is rising so dramatically. The price of Bitcoin will rise as world demand grows. Of course, Bitcoin price fluctuation will be the norm but the compass points to upward trend.