“I'm setting up a small group to explore how to best leverage blockchain across Facebook, starting from scratch,” Marcus shared in a post Tuesday afternoon on his personal page.

Marcus has been leading Messenger for almost four years. In December, he joined cryptocurrency exchange Coinbase as a board member. Facebook, however, hasn’t revealed how interested it is in applying blockchain.

The move comes as Facebook implements a broader shake-up of their product team. From now on, the company will operate under three divisions: a “family of apps” group, "central product services" and “new platforma and infra,” Recode reported Tuesday.

In January, Facebook CEO Mark Zuckerberg said he would be looking into digital currencies in order to explore their potential for empowering individuals. He stated that the power of decentralized systems like cryptocurrency could help take power away from the centralized system and place it back in the hands of individuals." $2.5 Billion Sent Out of Iran to Purchase Cryptocurrencies

"The chairman of the economic committee of Iran’s parliament has revealed that Iranians have sent more than $2.5 billion out of the country to purchase cryptocurrencies with. His statement follows the country’s central bank banning local banks from dealing with digital currencies including bitcoin."
Read more: https://news.bitcoin.com

"For almost 10 years, Wall Street’s opinion of the premier cryptocurrency has ranged from general indifference to outright condemnation. Now, a number of bigwigs in the U.S. finance sector are launching bitcoin initiatives — a clear sign they recognize the cryptocurrency as a player worthy of attention in the game of global finance.

On Monday, the New York Times reported that Intercontinental Exchange (ICE) is “working on an online trading platform that would allow large investors to buy and hold bitcoin.” ICE is the parent company of the New York Stock Exchange, the world’s largest stock exchange by market capitalization, so the move could give bitcoin more credibility in the mainstream finance world."

The Wealthy Are Hoarding $10 Billion of Bitcoin in Bunkers

"Behind the guards, the blast doors and down corridors of reinforced concrete, sit the encrypted computer servers -- connected to nothing -- that hold keys to a vast digital fortune.

Argentine entrepreneur Wences Casares has spent the past several years persuading Silicon Valley millionaires and billionaires that Bitcoin is the global currency of the future, that they need to buy some, and that he’s the man to safeguard it. His startup, Xapo, has built a network of underground vaults on five continents, including one in a decommissioned Swiss military bunker.

Wences CasaresPhotographer: Daniel Acker/Bloomberg
In the rarefied world of wealth management, Xapo is known for a client list studded with family offices, and for occasionally letting a journalist peek into a stronghold to write about its security. But one secret has proven elusive: how much digital cash does it really hold?

Two Xapo clients said it houses roughly $10 billion of Bitcoin. Another person close to the venture called the figure an accurate approximation. Bitcoin’s price, after all, is hardly steady." 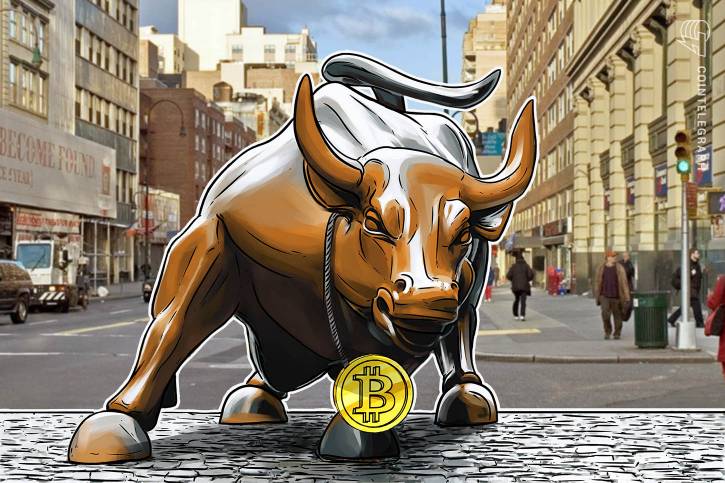 "Analysts Dominic Chu and Robert Kelly weighed in on recent reports that the New York Stock Exchange (NYSE) plans to offer Bitcoin (BTC) swap contracts, on CNBC Tuesday, May 8. Both Chu and Kelly argued that the fact that these contracts would be settled with the delivery of BTC itself is an important factor in Bitcoin’s mainstream adoption.

Both commentators were unanimous in considering that the plans of NYSE’s parent company Intercontinental Exchange (ICE) - news of which comes from “multiple reports citing sources familiar,” if true, could be of momentous consequence for the future of crypto.

Whereas the futures contracts currently being offered on CME and CBOE are ultimately settled in fiat, Kelly emphasized that ICE’s suggestion that crypto swap contracts will be settled in BTC is a significant milestone that could herald major Wall Street crypto adoption. Kelly explained:

“[The] physical delivery of Bitcoin…means that ICE has a custody solution. That has been the big hurdle. How do you hold onto these assets? These are generally bearer instruments…and so you have to have a third-party custody person. That’s the big deal, they have come up with a custody solution for institutional holders.”"

"Ormeus Coin today became the stable ‘gold-standard’ currency for the crypto economy with the launch of its unique cash reserve.

The stablecoin is backed by 40% of profits from ongoing production at a multi-million-dollar cryptocurrency mining operation in North America and China, which are now indelibly linked to the Ormeus Reserve Vault, (ORV).

And as the exclusive link to the Ormeus vault reveals, USD$7.34 Million is already secured across 25 designated multi-signature wallets.

In order to provide ultimate transparency, the company is allowing Ormeus users to view mining deposits and operational data in real-time available at the site.

The mining operations in upstate New York, the American Mid-West, and China feature an Artificial Intelligence engine designed to select the most profitable crypto coins to mine at any given moment."