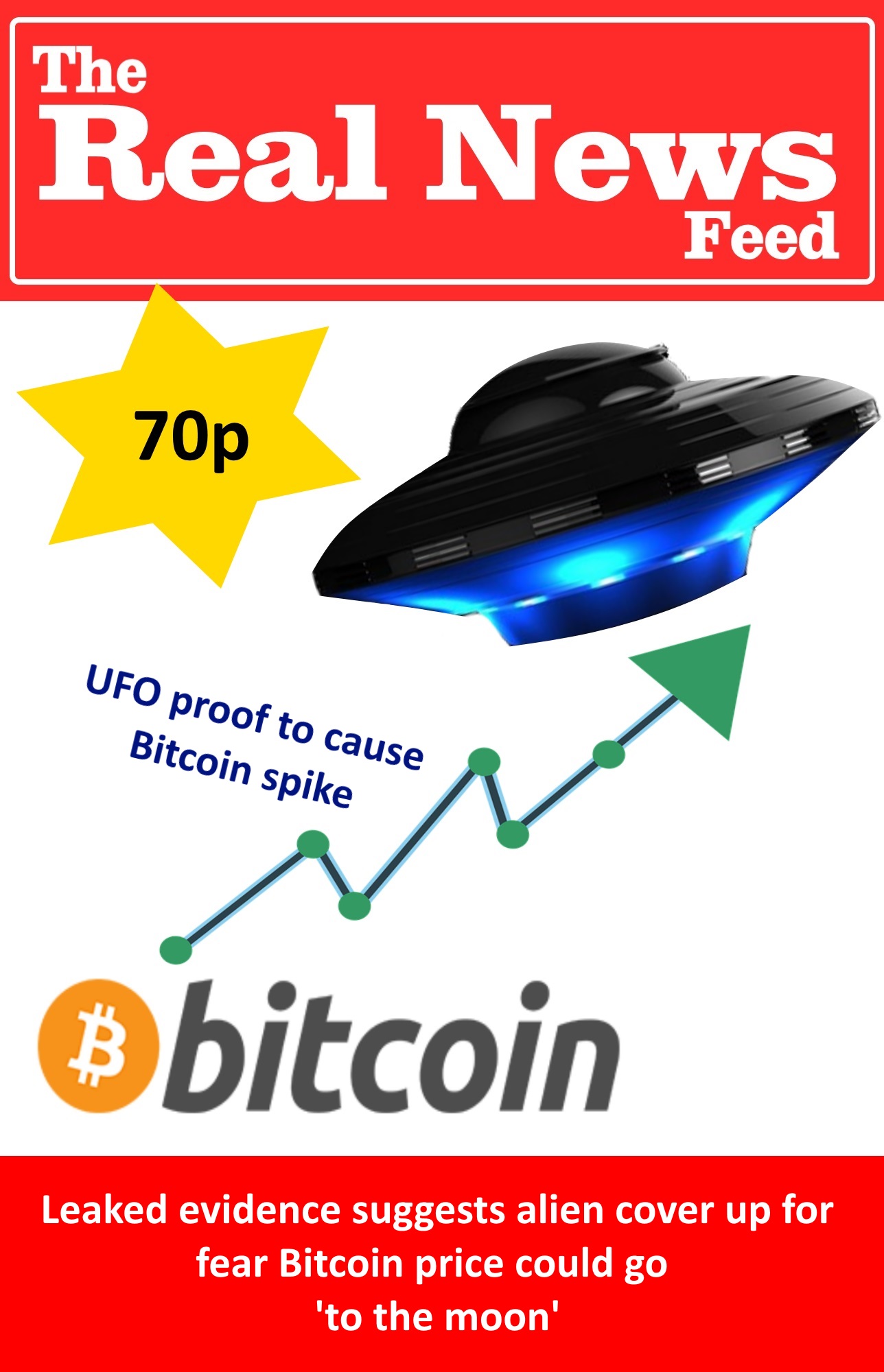 Recently leaked documents from governments all over the world confirm an international conspiracy, covering up evidence of alien life, for fear it could cause the price of Bitcoin to rise.

US Intelligence claimed the documents were ‘fake news’, while officials from MI6 refused to comment on the validity of leaked documents. So far, 146 pages from 16 different government agencies have been leaked, and they all point to the same conclusion.

From Canadian Security Intelligence Service: “If the public becomes aware of this evidence, cryptocurrency could take over the banks. People would instantly look for a currency they could take with them to other planets. You can’t take paper money through the atmosphere, as it burns. You can’t take your credit card, because we don’t know if other planets accept chip and pin. But you can always use the Internet – and if the WiFi is a bit patchy, you can bring your dongle, or use your phone as a hotspot.”

According to the leaked documents, compelling evidence first emerged around two years ago, of a UFO flying over the UK. The same UFO was seen flying over Australia just weeks later. Even a farmer from Dublin says he saw a saucer fly over his head a few weeks after that – although he admits it may have been the saucer his angry wife had thrown at his face. Governments all over the world got together to hide the irrefutable proof.

Other high ranking informants say that the concern within governments is greater than simply missing out on the profits to be gained from a sky high Bitcoin rise.

“If word gets out that aliens exist, and the Bitcoin price goes to the moon… we’re all fucked” said an anonymous source, speaking exclusively to @TheRealNewsFeed over a pint at the local pub. “The whole world would crumble. House and car prices would probably do something we all complain about. I don’t know, I’m a bit drunk. But I swear I work for the government.”

While we’re still not sure who, or what, to believe… one thing we do know, is that a little before Christmas, there was a widely-believed sighting of a UFO, apparently covered in ice and dust. Shortly after, Bitcoin hit a record high of $17,000.