BOND IT LIKE BECKHAM – GOLDEN BALLS STEPS IN AS NEXT GOLDFINGER 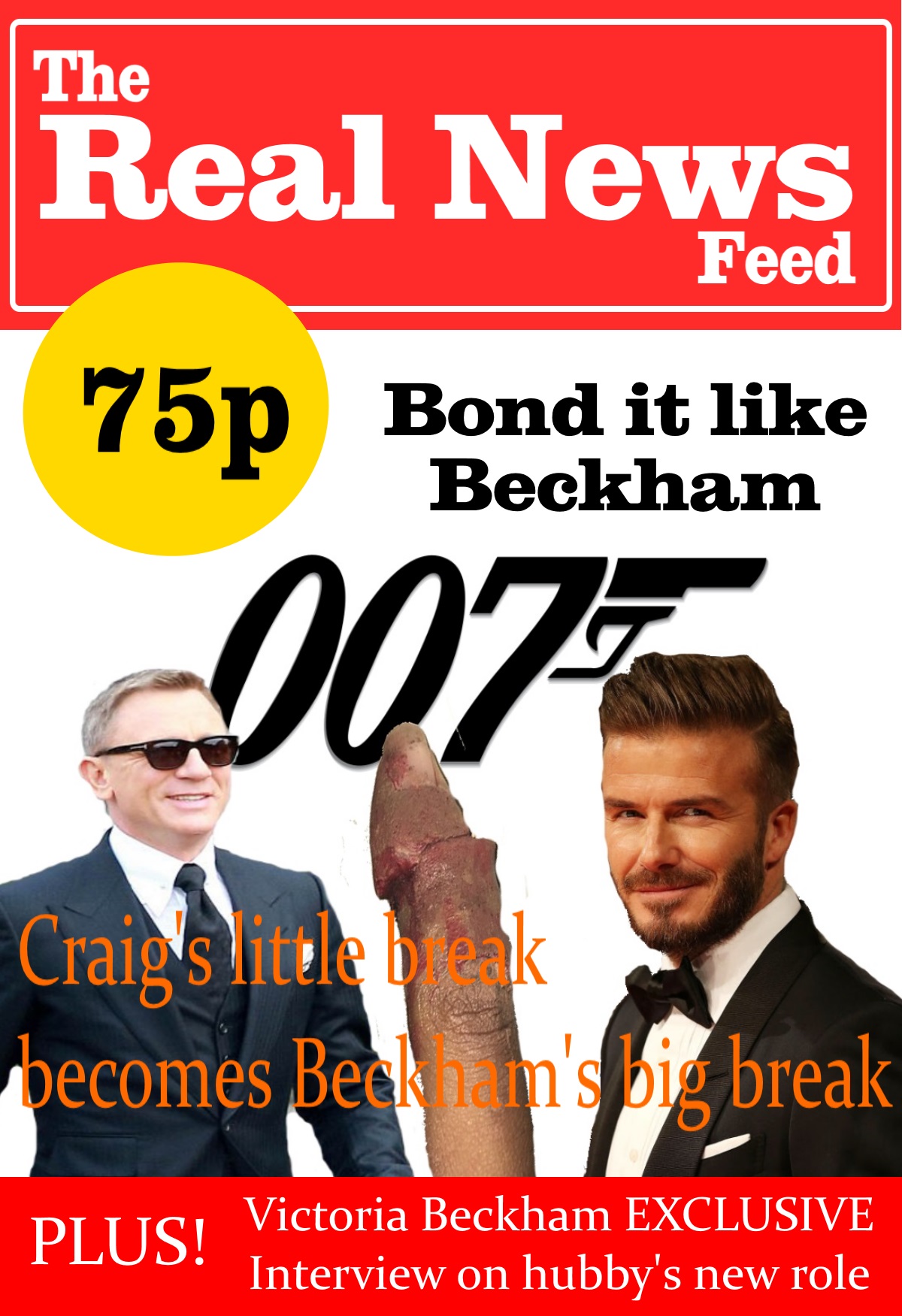 “I can’t believe I snapped my shooting finger” Craig told reporters on set. “The only finger that ever sees any real camera action, and I snap it in half. Just my f***ing luck!”

The movie’s producers didn’t want to waste time finding an A-Lister to become Craig’s finger double. Instead, they got an instant yes from washed out UK soccer star David Beckham.

“Well of course I said yes” Beckham said to reporters who had crashed a barbecue at the Beckham family home. “I’m Golden Balls, aren’t I? You know, ‘bend it like me’, yeah? On the head son! Hey, I was going to eat that sausage.”

Since accepting the big role, David has reportedly been bulking up all eight of his fingers, and even both thumbs, ready for his first big day on the 007 set.

“He doesn’t know which finger will see the action in the movie” explained his wife Victoria Beckham, speaking exclusively to reporters from @TheRealNewsFeed. “So he’s working out with all of them, just to be on the safe side. He’s drinking lots of protein shakes, and I’ve ordered him some little finger weights from eBay. They look so cute!”

The name of the new James Bond movie is yet to be announced, but is expected to hit cinemas in 2019. The box office predicts record-breaking ticket sales, now that word is out about David Beckham’s finger appearing on the big screen.

Congratulations @therealnewsfeed, you have decided to take the next big step with your first post! The Steem Network Team wishes you a great time among this awesome community.