RE: Dept. of Homeland Security Is Compiling A Database Of Journalists And Media Influencers

Hmmm...As ever the controllers believe that the word "tinfoil hat" negates any spotlight upon their nefarious deeds.

Are any of us in the current information age so easily swayed by the "official line?" especially when it's capacity for being water-tight is as convincing as Watergate.

Once again the neccesity of block-chain, decentralised platforms like the one we inhabit is brought into crystal-clear clarity to all but the most sheeplike.

You used a key phrase which I think sums up the worry felt by those at the top Media influencers the people in question acknowledge that media influencers do exist, they simply believe it should be them, right? After all how could the "plebs" of society of which I have no doubt I am one, dare to influence that which exists only to control?

We are at the heralding of a new dawn or a dark storm...There is a choice to be made by us ALL.

What would George think? 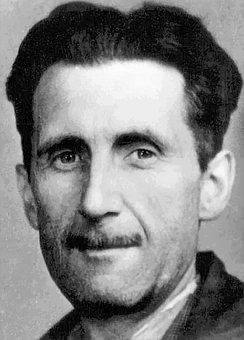 Maybe we should skip straight to the chapter on the "thought police!"

I admire what you do enormously and I think I told you before that although it may sometimes feel like a thankless task, it isn't, the people who are truly supposed to absorb your message are doing just that and don't underestimate the ripples outward from those whom you inform. Many people share the messages and information that they take onboard from you and others who exist only to educate, inform and create a very neccesary change by exposing the media behind the media.

Good job and as ever, thankyou :)

I couldn't have said it any better myself. Keep up the great work John, we are with you!

than you for the kind words..it means alot :-)