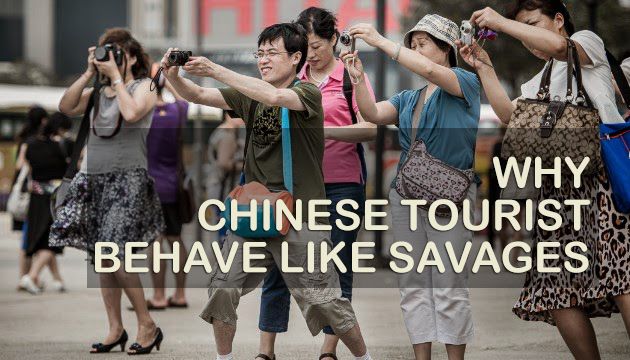 Many people in the whole world have bad impression towards Chinese Tourists, you can read tons of articles about their bad behavior in foreign coutries.

Even those of Chinese descent in Southeast Asia, Hong Kong, Taiwan, Singapore, and Malaysia are triggered by their behavior. These made alot of headaches toward foreign countries' tour guides, and local people.

Ooh man, your article just just opened up my eyes to see facts more about Chinese. I'm a tourist guide from Indonesia. I have no experience at all in guiding Chinese tourists. Sometime, It is hard to tell the truth, other wise people should know about this fact.
Anyway, Have you conduct a research about this? It's gonna be a good idea. So people won't assume that your article is a kind of hate speech message.
Thanks for sharing, waiting for the next post.❤️

hey :) thanks for commenting, yes I did some article research before posting this.
these cases all recognized by the chinese government themselves too.