Hi fellow Steemers, recent news from Latin America shows that "Bitcoinization" may actually happen. Venezuelan President Maduro ordered the issuance of the first 100 million petroleum-oil-backed national crypto money. It will be called "Petro". Maduro stated that every Petro would have a single oil barrel value. "I gave an order to launch 100 million Petro's to the market.
Each Petro will correspond to one barrel of oil."

Following the publication of the official report it is announced that a technical meeting with Petro Miners will be held on January 14th. After President Maduro's announcement last month, it was curiously awaited that when Petro would go live. Because of the lack of confidence in Bolivar, Petro could be a salvation

The country's extremely high inflation problem caused the confidence in the national currency Bolivar to decline. This has led to the realization that the vast majority of the population, considered by some economists as "Bitcoinization", regarded Bitcoin as a stable means of processing. In some countries, including Zimbabwe, Bitcoin has widespread use due to financial instability of national currency. But in Venezuela, we may well be witnessing the first ‘Bitcoinization’ of a sovereign state. And it shows that this revolution may not start in the first world, but rather in hyperinflated African countries or in Latin America. Whatever the case may be, I believe we are witnessing history here.

So by holding 1 Petro, you own a stake which equals one barrel of oil? 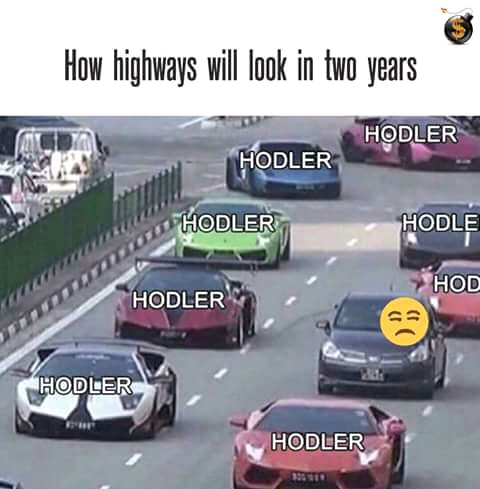 Those that have gotten into cryptocurrency early and are planning to hodl for the next few months. Not shitcoins though.
Blue is my favorite colour so y'all know who the one in the blue lamboghirni is gonna be.wink
Seems like somebody had no idea and is finally caught up in between...haha!!you shouldn't have sold those coins bruh...

Why would they not. Now they just need to have the government take that over as well. What a continuous loop totalitarianism weaves. I found your post on steemfollower. I like to return the favor when others vote my way using on of their 5 a day, so if you'd like feel free to check out @cryptkeeper17 and upvote a post you find to your liking. Thanks again @mstfdmn UPVOTE