Since my new reddit account is still unable to post due to the 2 month new user ban that is absolutely not stopping shills on r/conspiracy, I responded to some conspiracy commons open question posts and ended up writing more than I had planned, enjoy: 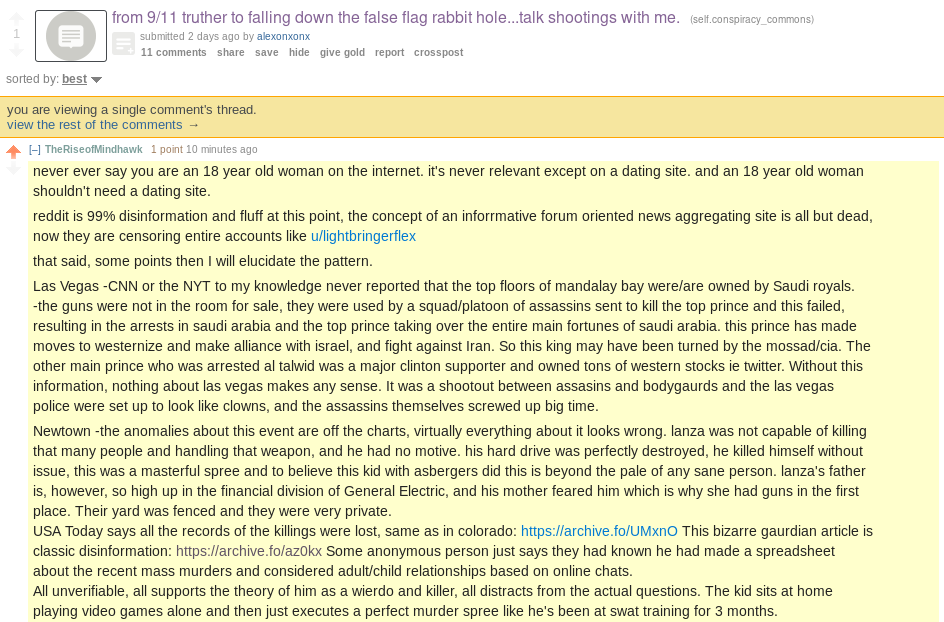 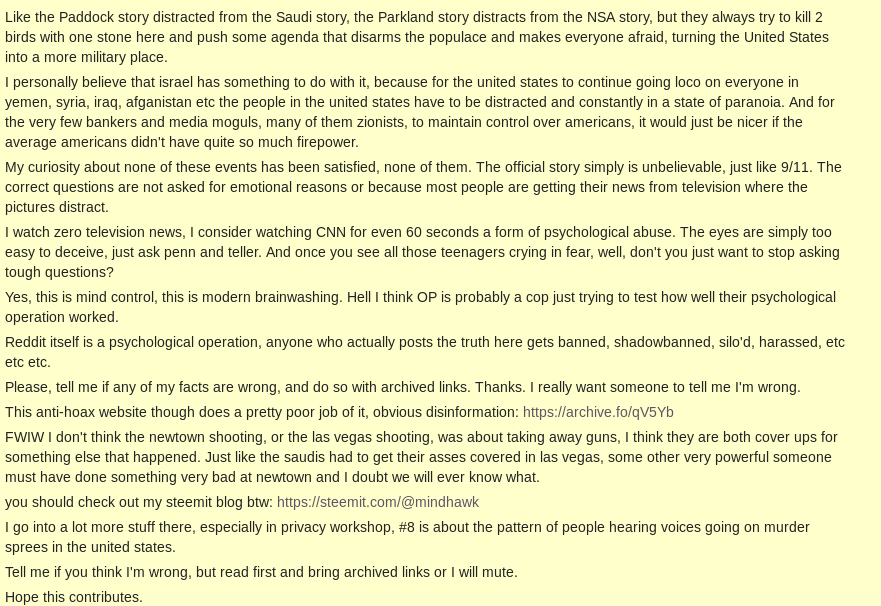 Tell me if I'm wrong in comments, but if I get any more of this half-assed 'well you might be right but maybe some wrong, I didn't read all of it, but I wanted to say that-', please just stop. Read and consider, make an argumente for or against, but enough crap or I'm just going to mute.

Privacy Workshop #9 is in the works plus some sweet image dumps.

Also, whoever 'freebornsociety', 'sensation', and the other month old no post accounts who are upvoting me within 10 minutes at any time I post 24 hours a day, GTFO. It's pretty obvious you are trying to make me look like I'm upvoting myself and it's annoying. Please leave whoever you are. Rethink your lives. From no on your upvotes will be considered harassment. Thanks, bye.

I am so tired of this shiz and would really like to discuss matters with humans.
Also, check out tweets by @thelastrefuge2 and @johnbouchell
https://archive.fo/qX2yc

These two articles go in detail about how many warnings they got, which absolutely support the claim that the warning signs were intentionally ignored by law enforcement.
archive.fo/U2rWO
archive.fo/WELTi

I have started to think if someone really thinks someone is a potential murderer, they should accuse them of being part of the NODAPL, EarthFirst or anti-monsanto movements, then they will get 10 fbi agents on them immediately.

Which is to say at this point in time, the system that rules the united states actually allows people to shoot up schools because it is only a benefit to the system. Pretty evil shit is afoot, but if you've been reading this blog it should be no surprise to you.

btw I'm putting in an inquiry to a reporter who wrote about the NSA shooting to see if there is any update as to what happened there the same day parkland happened. Ill keep you posted.