The World is Shutting Down. Who is responsible? Wahts happend?

Today I want to tell you something about the history of our financial market, and ask you to question it.
We are facing a hard time with the incoming financial crisis, which we will not be up to.
From this, civil wars that end in the 3rd World War and lead to the seizure of power of Islamists in Europe. According to Nostradamus, Islam is said to rule Europe for over 25 years, until an Iranian-Aryan Christian group will liberate our Europe.

What many do not see is that World War III has been going on since 2001. It is called a war on terror.
Lackaffe Bush said on September 20, 2001: "Today is the day we declare war on the Terrorism, this will not be a simple war but one that will last for several decades. Here is the complete declaration of war of Lachäffchen:


What has this war brought so far? Who did this war bring to you?
What has brought this war so far: destabilization of all Arab countries, increased suicide rate in military forces returning. Europe splits, confidence in the governments is damaged, waves of refugees, the financial crisis in 2008 and?, Bankrupt countries like Greece and Spain soon also Portugal and Italy and a Turkey whose president said in 1998:
"Democracy is just the train we climb up to the end, the mosques are our barracks, the minarets our bayonets, the domes our helmets and the faithful our soldiers."
That is developing more and more into the new Ottoman Empire. Turkey is on a conquest course and Western Europe is supporting this by providing war machines to Turkey.
A country that is not supposed to have massacred millions of Armenians.
Russia is often considered dangerous, but what about Turkey? This is much more dangerous for us from the West.
( )
Whom does this war on terror bring?
Everyone should already know this answer, namely the war and health industry.
War expenditures:
( 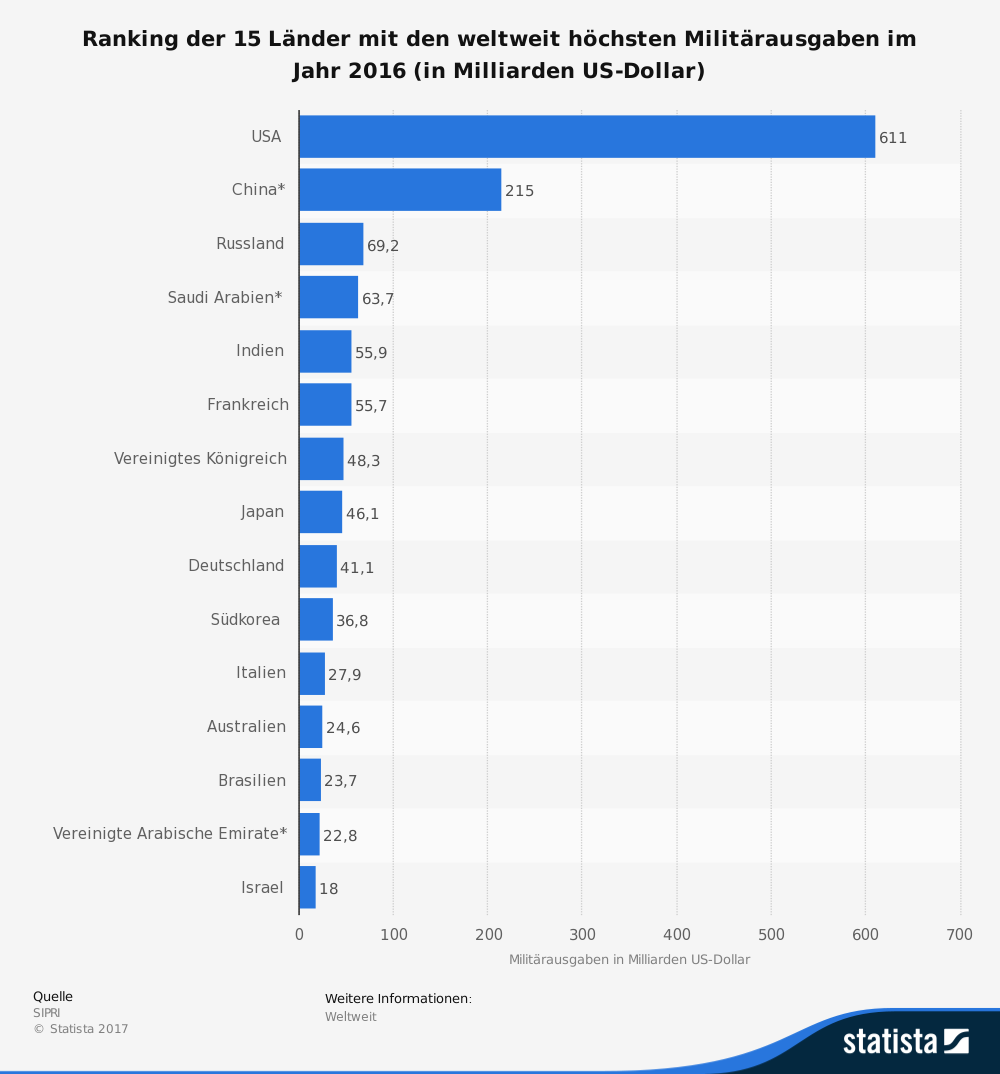 )!
Why our financial system is doomed to fail:
Our present-day money, except for the Swiss franc, is no longer tied to anything (the dollar was cleared of gold in 1971) and that's why it can be gone tomorrow. Imagine they go to an ATM on the morning of their pay day, but the latter says that because of state over-indebtedness their money has been collected and left to the state. In Germany, the restriction of the fundamental right already applies Article 38:
"The fundamental rights of physical integrity (Article 2 para. 2 sentence 1 of the Basic Law), the freedom of the person (Article 2 para. 2 sentence 2 of the Basic Law), the secrecy of correspondence, postal and telecommunications (Article 10 of the Basic Law), the Freedom of movement (Article 11 (1) of the Basic Law) and the inviolability of the home (Article 13 of the Basic Law) shall be restricted in accordance with this Act. "
This and the letter from Portugal in spring 2018 in Brussels.
All the countries in the EU zone are in a bad way, you would have to adjust the euro country-specific value, but this is not possible. However, this is never mentioned in the mass media. The lie that business is good, but there are more and more people on the street, is no longer tolerable.
Blackboard statistics:
(

Who are the ones responsible for this?
The media and banks are remotely controlled by families such as the Rockefeller, the Rothschilds, the Morgans, the Stewards, the Onasis, Goldman Sachs and the Kennedy.
John F. Kennedy paid with his life when he delivered a legendary address three days before his murder and wanted to free themselves from these elite internationalists.
These people operate people chasing at a high level. These people are advocates of a New World order and enslavement of peoples.
The book Memories by David Rockefeller contains the following statement from Him:
„Some even believe that we are part of a secret society working against the best interests of the United States. They characterize my family and me as 'internationalists' and claim that we have conspired with others worldwide to establish a globally integrated, political-economic structure. If that's the charge, I plead guilty, and I'm proud of it. "
( )
With interest and compound interest, loans and other bonds, a tool was created that brought slavery to the will of the people. Many people are in debt. The taxes our government devours year after year are so high that the families have been torn apart.

"Feminism is our invention for two reasons: first, only half of the population paid taxes, now almost all because the women work. It also destroyed the family and gave us power over the children. They are under our control with our media and get drummed into our message, are no longer under the influence of the intact family. By inciting the women against the men and destroying the partnership and the community of the family, we have created a broken society of egoists who work (for the alleged career), consume (fashion, beauty, brands), thereby being our slaves and then find it good too.
"Feminism masquerades as a movement for women's rights. In reality, however, feminism is directed against women, a cruel lie in which they are told that their natural biological instincts have been "constructed" to suppress them. "
( 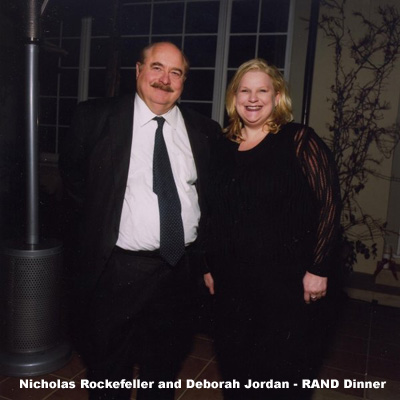 "Hollywood director and documentary filmmaker Aaron Russo details the amazing concessions made by Nick Rockefeller, who personally told him that the ultimate goal of the elite was to create a microchipped population and that the war on terror was a joke. Finally, Rockefeller had predicted an "event" that would trigger the invasion of Iraq and Afghanistan eleven months before 9/11. Rockefeller also told Russo that the foundation of his family founded and funded the women's liberation movement to destroy the family and that population reduction is a fundamental goal of the global elite. "
( )
The Cryptocurrencies explained the war against the elite and the globalists. These decentralized digital currencies mean our freedom and make our current financial system superfluous.
Since December 2017, we are in this financial war with the elites which has the crash of the since then is felt. They try to show us that they too have them in their hands. Now the reason is that these banks sold their currencies all at once and they are now available to us. That's why Bitcoins buys, buys them so that they can no longer pass into the hands of these criminals and warmongers. Buy them to be free, and what value they had in April 2017.
( 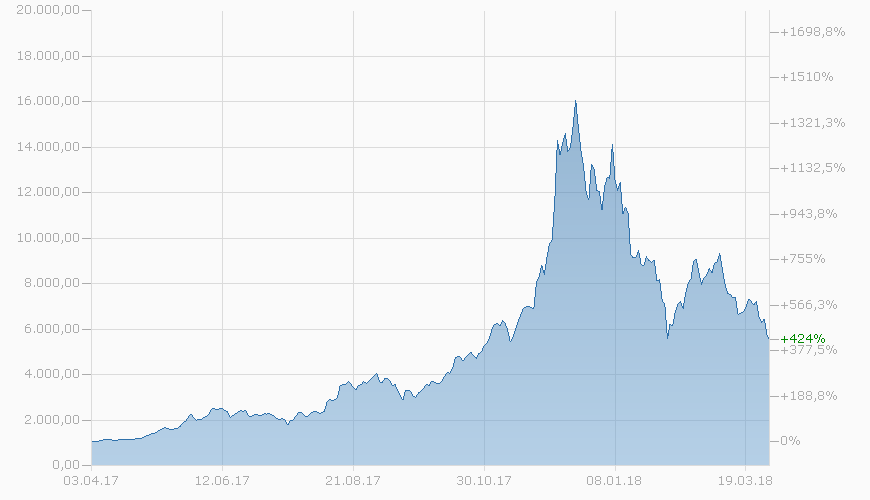 )
Take away the New Gold before 99% is in their hands, they are as close to enslaving humanity as never before. Build your own future, do not believe the media and governments, they are all controlled by the elites.
With these words we wish you a happy Easter
God is with you
The editorial office

Well human greed and power is the cause due to selfishness and Dogma. Check my YouTube channel out. Http://YouTube.com/c/vcchisolmfollowthewhiterabbit