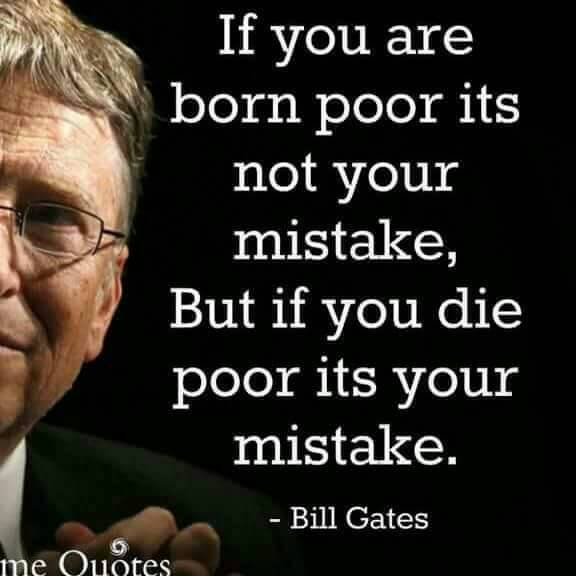 Copied!!
A story is told about a young Thomas Edison who came home one day with a paper for his mother. He told her, “My teacher told me to give this paper only to my mother.”
Thomas’ mother read the note and her eyes filled with tears. Thomas asked his mother what the note said, and she read aloud,
“Your son is a genius. This school is too small for him and doesn’t have enough good teachers for training him. Please teach him yourself.”
And that’s exactly what Thomas’ mother did; she home-schooled her child with devotion and dedication. As the story goes, many years later after Thomas Edison’s mother passed on, and he was now one of the world’s greatest inventors, he found a folded paper among other family items. He opened the very same paper that had been handed to him to give to his mother and read the following message:
“Your son is mentally ill. We won’t let him come to school anymore.”
At that moment, Edison realised what his mother had done for him so many years ago. He wrote in his diary: “Thomas Alva Edison was an addled child that, by a hero mother, became the genius of the century.”
In the book of Proverbs we learn: “The words of the reckless pierce like swords, but the tongue of the wise brings healing.”
Can you imagine what might have happened to Thomas Edison if his mother had read to him the reckless and hurtful words written by his teacher? He might never have invented the light bulb or made his many other contributions to society.
Thank God for the wisdom and wise words of his mother! She created the context in which her son could grow to his full potential.
Let’s take this message to heart and resolve to use our words for healing today. You might be a parent, what do you say to your children.... You might be a teacher, what do you say to your student... especially the ones that are not really performing well presently.... What do you say about your parents, family, boss, subordinate, leader, colleague, follower.... Just as hurtful words can cause uncontrolled damage for life, so can wise words positively affect a person for life. May the words you use today change a life for the better.
Amen.