Crazy fakenews conspiracy theorist Jason Goodman (@csthetruth) is waging a campaign on YouTube against Steemit and Steemians. He's had several of us kicked off of YouTube, he calls and harasses people at home and work, and generally terrorizes anyone who criticizes him.

I find the Steemit community to be rather awesome, so I thought I'd compile this and try to spread the word.

Note: Here is the Vimeo version in case you have trouble with DTube: LOL Goodman showed it to that lady. That was her first introduction to the show haha

Is this guy even real?

Pretty sure he says stuff that was in the masked newsman series.

Why have you posted this on @DTube @Steemit?
@dan has to explain to him why it is not a scam.
You are playing into @csthetruth's hands @hoaxwars or is this clickbait?

@dan getting called out by @csthetruth?

Things are getting serious.

@nigelmarkdias clickbait? Did I not provide exactly what was advertised?

I posted this because Steemit users have a right to know the extent to which some people are going to discredit the platform. People with sizable audiences and ties to Hollywood that may be operating outside of the purview of the average steemian.

You'd prefer users not be made privy to this?

I also disagree with the premise that @dan has to explain to @csthetruth why it is not a scam. The burden of proof is on Goodman.

@dan has to explain to @csthetruth why it is not a scam.

That's what's stated in the video.

Clickbait is a pejorative term describing web content that is aimed at generating online advertising revenue, especially at the expense of quality or accuracy, relying on sensationalist headlines to attract click-throughs and to encourage forwarding of the material over online social networks.
Google

that’s what’s stated in the video

Yeah and? What's your point? You think the poster of a video has to endorse everything said in that video?

And thanks for the link but we all know what clickbait means, once again not sure of your point. Everyone can see I didn't use a sensationalist headline and actually delivered exactly as promised (except you, apparently).

I submit to your superior expertise & wisdom, sir.

PAINt me like your one of you French Whores @hoaxwars 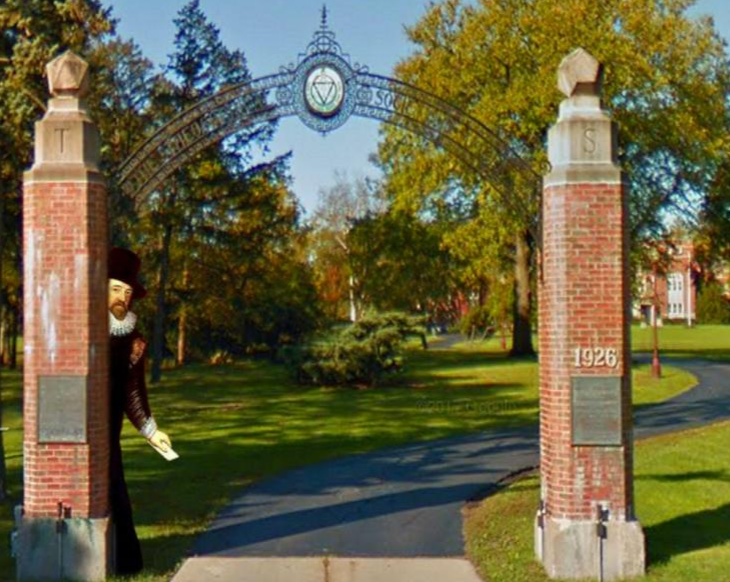 HEYYY @frankbacon I was just about to ask how you got youtube comments from steemit and if you had a magical app that let me post to youtube comments on your dtube videos, and then realized this was dtube! :"D Dtube needs its own app!

The Russian link is the latest fad accusation, just as the pedophilia accusation had been widely promoted last year by the social media attention getters. I am not going to go into detail with how Queen Tut lays out her argument that Robert David Steele’s actions match those of Active Measures; but if you are interested, examine her illustrated argument in her Trello Board and listen to her second Hoax Wars video. My complaint with regard to her presentation of the Active Measures methodology of Robert David Steele is that she has not proven, with hard evidence, the assertions she makes. In fact there can be many reasons unassociated with a Soviet link, that would explain why and how Steele behaves as he does.

At the 38.51 mark, Queen Tut comments, “…basically what I was doing was giving him enough rope to hang themselves, okay? And they did. They did hang themselves and here’s the evidence and everyone would be able to see that when they look at the Trello Board, okay. Now here’s the other thing that I’m going to reveal tonight that’s breaking news. So everybody, I wanted to share this piece of it because this is significant because it shows how Active Measures are applied against people, and how attorneys with practices will lie, especially when they’re the arm of the Intel Agencies or the Intel Operations who are applying Active Measures against American citizens, for wanting to know the truth, okay?”

She explains, “So perfect example here of what they do to individuals and then we find out here of what they do to individuals and then we find out they, they lie, they don’t care about the law. This attorney does not care about the law, okay? Robert David Steele doesn’t care about Americans. He doesn’t care about them. He’s working two sides, maybe three, for who knows what kind of compensation, so here’s the big reveal. This is, I’m gonna leave this hanging a little bit, here’s the reveal. I am NOT Carla Howell. Queen Tut is not Carla Howell…(40.35)…then they claimed it was Susan Lutzke, then they claimed that they served Susan Lutzke and she doesn’t even live there, okay? And now I’m gonna let everybody know I’m not Susan Lutzke…(41.06) in fact I have sent my birth certificate to the court about 4 or 5 days ago and it is now published on the court, in the court documents who I am, okay?”

Did Queen Tut’s “Big Reveal” clear away the fog surrounding her true identity?

So much misinformation about @frankbacon according to this he's one of the creators of steem, drawing YouTube creators in so he can gain control over the masses. 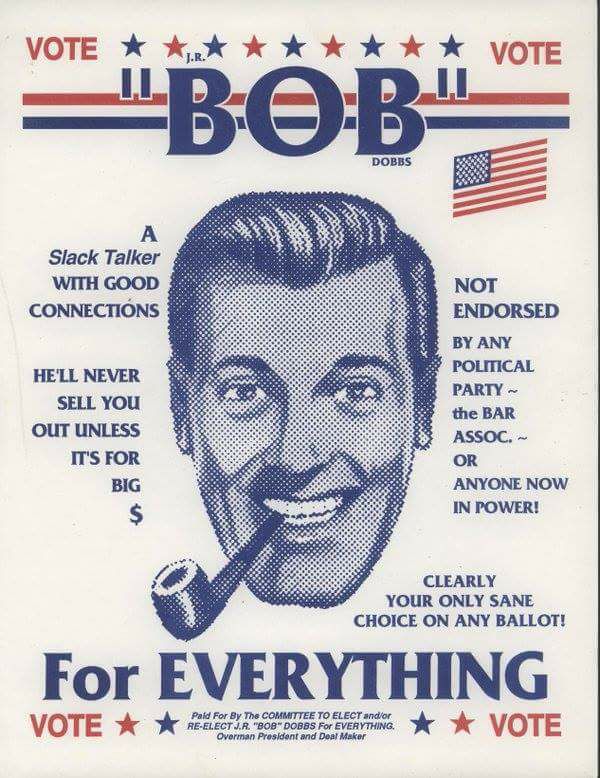 Thank you for the Vimeo, I can not access dtube on my iPad.
I love the look on Joe's face. I think Goofman got the hint he is not really wanted here.
Goofman criticizes everyone and everything.
He makes me cringe!!

I can’t watch this as it would require me to watch Jason Goodman.

@katieskills something nobody could ever justifiably judge you for

Is it a scheme? Wonder why JG is a Steemian? Yet, e-begging is okay to crowd-source travel funds?Hmmm

Whats wrong with this man? Honestly? Creepy with a touch of Hoax Wars Stylish way of making video, haha making it possible to watch at least. "Hollywood Producer Jason Goodman Raging Against Decentralization" :-) I love your vids but this man IS creepy! He works with George Webb, right?

Is there any way to show this to the Beck's? They're awesome folks. Sad to see them mixed up with the likes of the Anti-Steemetic grandmaster.

Jared Beck was actually pushing back and arguing with Jason about free speech for the majority of the rant. JG had to bend over backwards to get him to say negative stuff and theorize it might be a scam

Saw. Jared did well. It's more the mere association with JG that is troubling. They must not have seen HA's epic CSTT disaffiliation diss-vid? The Beck's work is worthy of respect and many of us wish its success, which makes it all the more painful to see them lending time to such a disingenuous schmuck. Ortell too. It'd be like if a good homie was hanging out with people who meth around (no disrespect to the Bot Master) - it might end up reflecting back on you at some point. Whether unwittingly or not, it seems like JG's raison d'etre is to rub his doodie all over the place so that everyone within the alternative media bubble gets covered in a little. In all fairness, if naivete is truly the root of this insanity, it is all the more funny/sad. Whelp... that didn't help her out much. I still think what she and her husband are doing is Brave. But they're lawyers so whaddya expect? 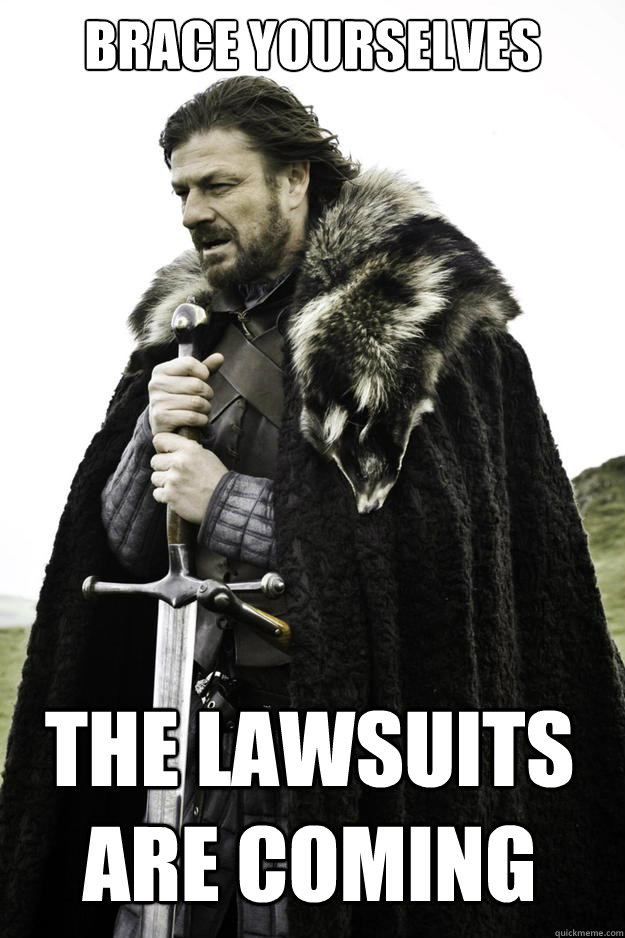 Watching this again too good. The one girl "I've heard of reddit".

What's particularly funny about this, following his call with Thomas Paine aka Douglas Gabriel, We saw JG was using his platform to have disinfo agents on to further their campaign. That newly infamous phone call sort of lends support to this idea...unless the call is itself disinfo.

I love watching these people panic as the walls close in:-) SPLAT!