Teacher to be fired for making students breakfast during state testing

This is insanity in America Schools.....

A teacher at a Pennsylvania school will lose his job after making breakfast for his students while they took state tests last week.

LancasterOnline.com reports Hand Middle School teacher Kyle Byler brought an electric griddle and made a whole-grain pancake for each student to eat during the test.

Less than 24 hours later, he was told he’d be fired for causing a distraction during the tests. He was suspended without pay, and a school board is expected to consider his firing at a meeting Tuesday.

“I don’t understand what I did wrong, to be honest with you. There was no infraction whatsoever,” Byler, 38, told LancasterOnline.com. “At no point was it any distraction for any of the students. They worked their butts off.” 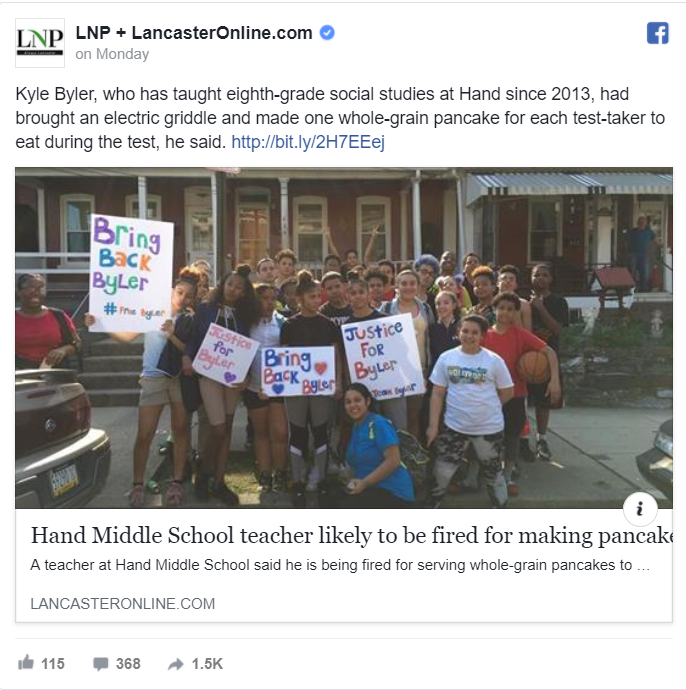